PD: Man with machete shot, killed by police in Sedona 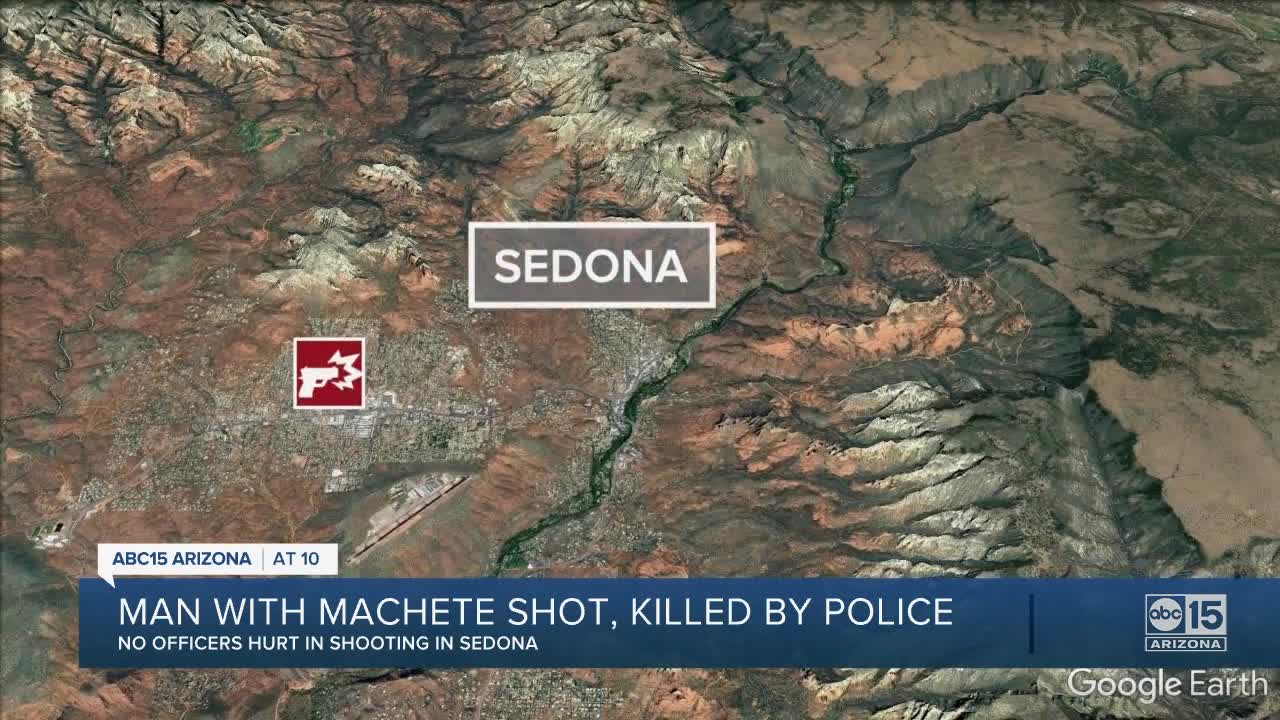 No officers were hurt in shooting. SEDONA, AZ — A 41-year-old man was shot and killed in an officer-involved shooting in Sedona Monday afternoon.

Sedona police officers responded to 55 Granite Castle around 1:25 p.m. after someone called 911 to report a man in the area who was shouting while holding a machete and a stick.

When officers arrived, they made contact with the man and shots were fired.

Authorities say David Messare was pronounced deceased on scene and no officers were hurt.

Officers say Messare was originally from Oregon and relocated to Sedona in the summer of 2019.

Police say the two officers involved will be placed on administrative leave during the investigation.