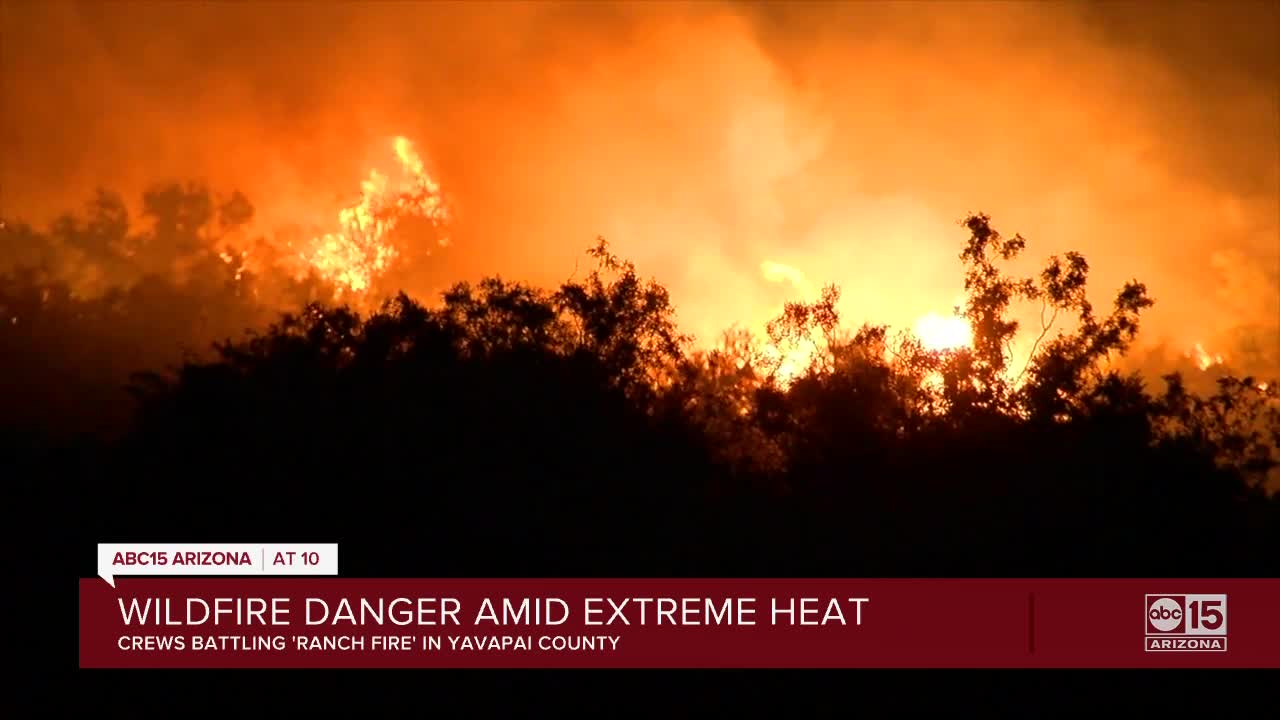 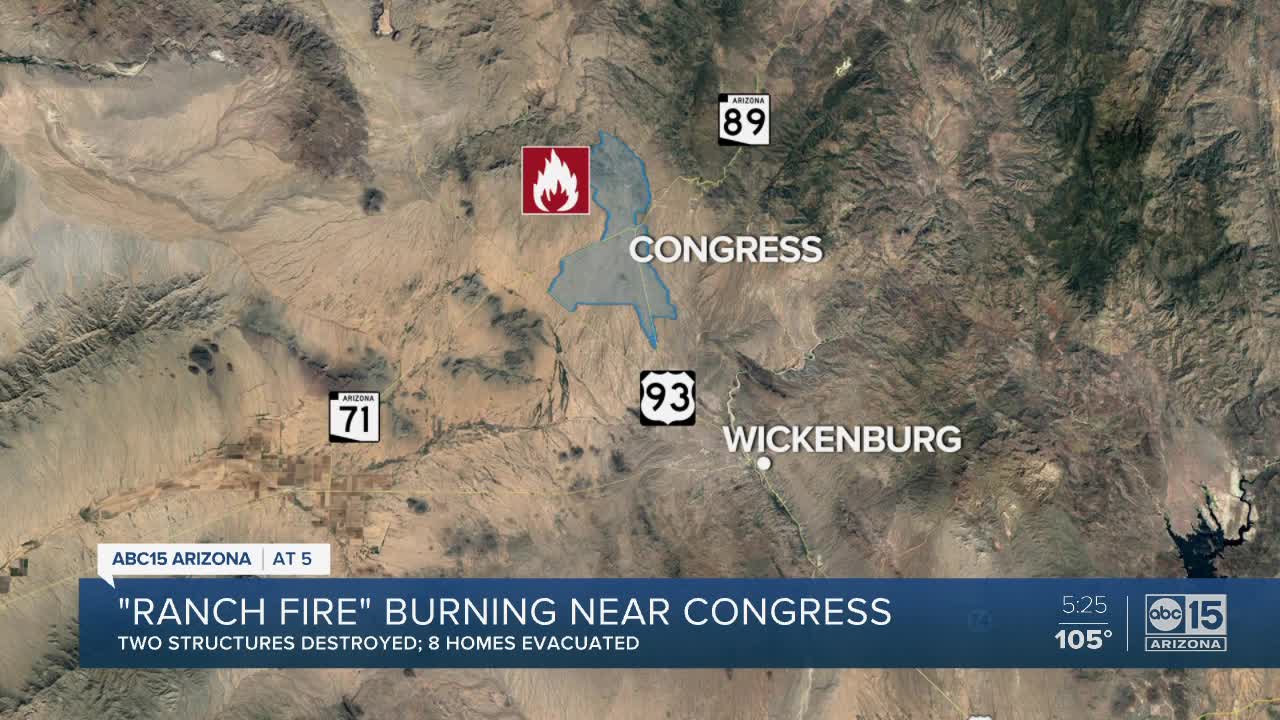 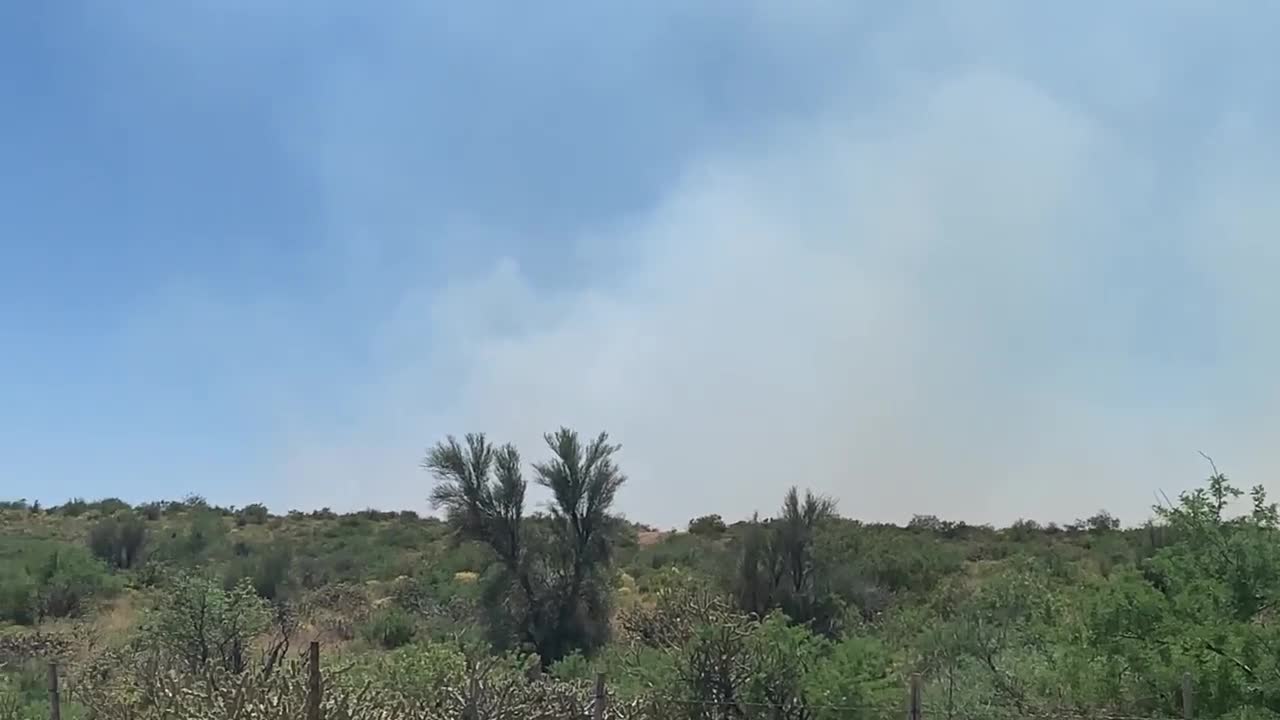 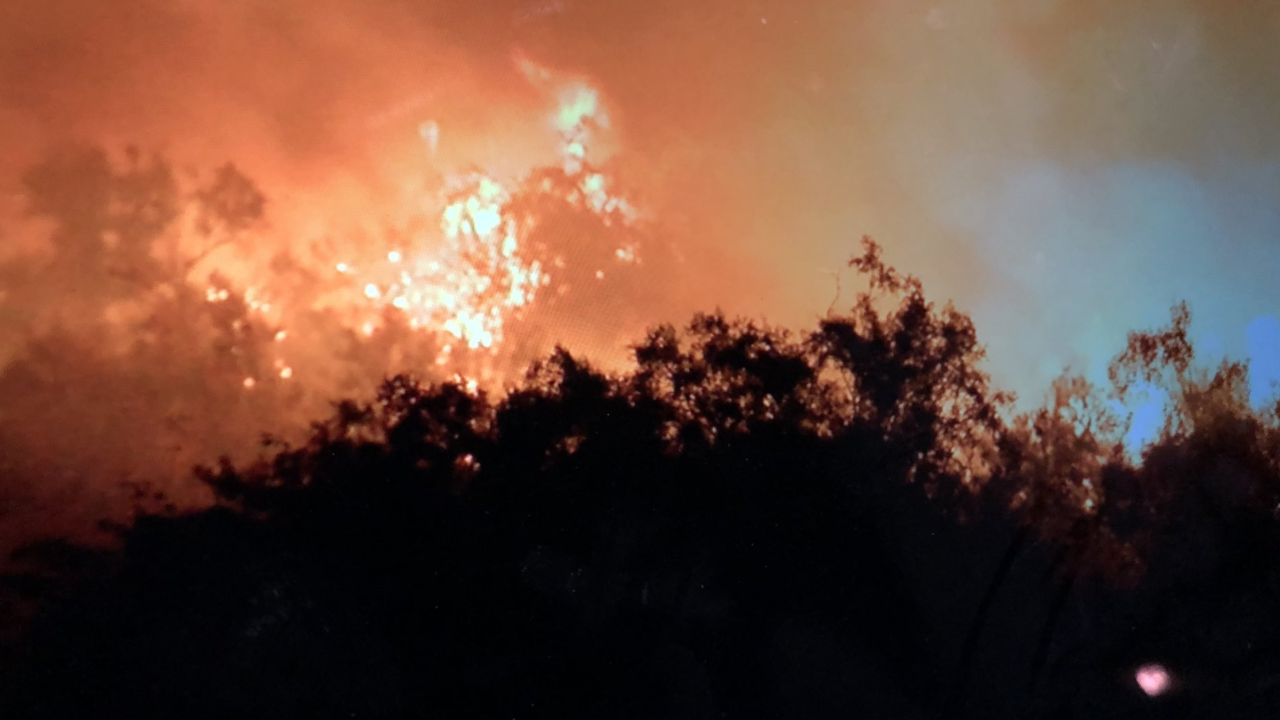 Some hot spots still burning strong tonight but officials out here tell me the #RanchFire is contained after a long battle that nearly claimed a couple of ranch homes north of Congress.@ABC15 the only crew on the front lines, tonight at 10. pic.twitter.com/x5CvO4Ds20

When the fire started, the Yavapai County Sheriff's Office issued a Code Red "Get Ready" to evacuate message to residents in the area.

YCSO deputies say two homes were destroyed and five were in danger. Eight homes were vacated before the evacuation order ended around 7:15 p.m.

In addition to firefighters, an aircraft was ordered to help slow the fire's movement and protect nearby structures.

Officials say the fire was sparked when an off-road vehicle had a mechanical issue starting a small fire in the area.

Firefighters will be back Thursday morning when they hope to have the fire fully contained.