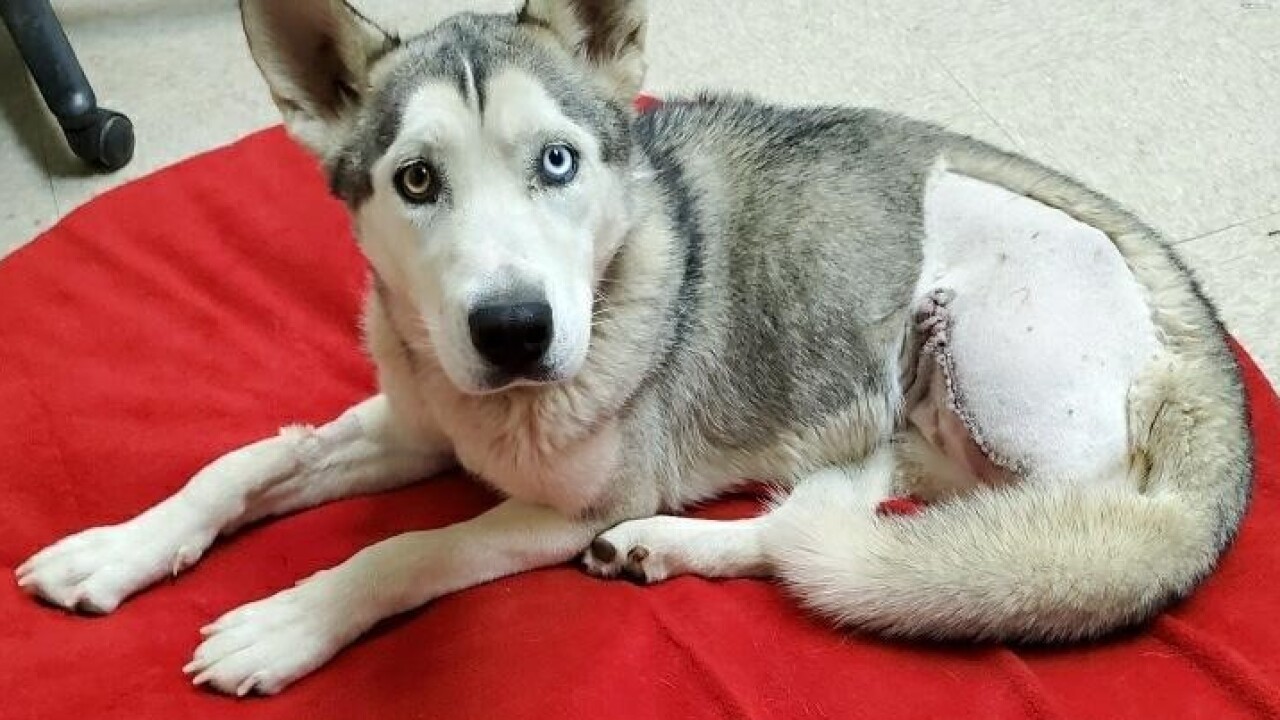 BAGDAD, AZ — Two women have been arrested, accused of an “extreme case of animal abuse” after a dog was reportedly left in a kennel for three days on its own.

The Yavapai County Sheriff’s Office says they received an anonymous tip of an injured dog with a nearly detached leg in Bagdad, Arizona. Bagdad is near Wikieup, in northwest Arizona.

When YCSO arrived at the home on October 28, deputies found the dog and discovered the left rear leg severely mangled, with a large portion of bone visible.

The two said that about two weeks ago, they left the purebred husky, named Sister, alone while they were on a three-day trip that took place over two weeks ago. They allegedly told YCSO that when they returned, they found the dog entangled in a leash, resulting in the injured leg. Hooke and Stevens reportedly admitted to using wire cutters to free the dog.

They say that over the next two weeks, the injury continued to get worse and that they had planned to visit a vet after getting paid on the upcoming Friday.

The vet the two claimed to have contacted, however, says they never received a call from either person.

After being rescued, YCSO says the dog’s leg had to be amputated because of the severity of the injury.

The husky is said to be recovering after surgery and doing well and in the care of the Yavapai Humane Society. YHS intends to eventually be able to adopt out Sister once she is healthy.