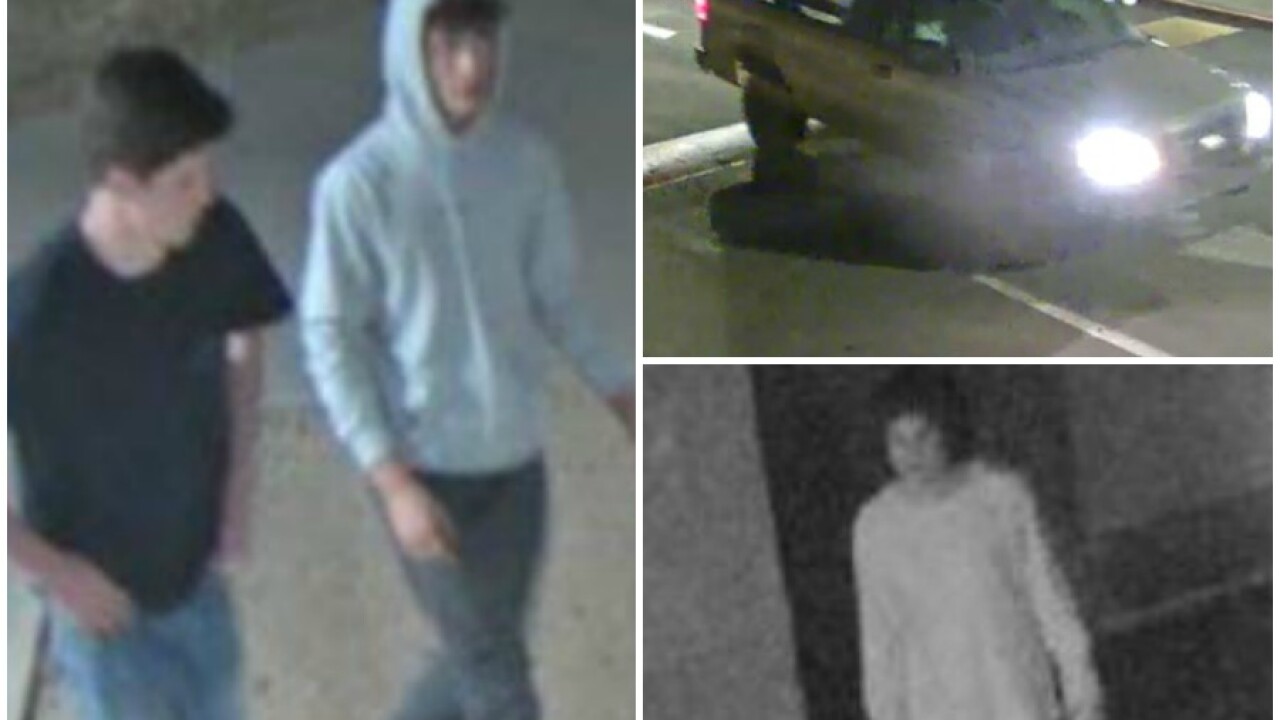 The first incident happened on Friday, May 15 around 12:35 a.m. Police say a male suspect burglarized and vandalized a classroom at Bradshaw Mountain High School, causing damage to a window and damages to the classroom.

The second incident happened on Monday, May 25 around 10 p.m.

Police say two males and two females arrived at the school in a Ford F-150 pickup truck or similar vehicle.

Photos of the suspects are above.

Anyone with any information on the vandalism or the identity of those involved is asked to contact the Prescott Valley Police Department at 928-772-9261.