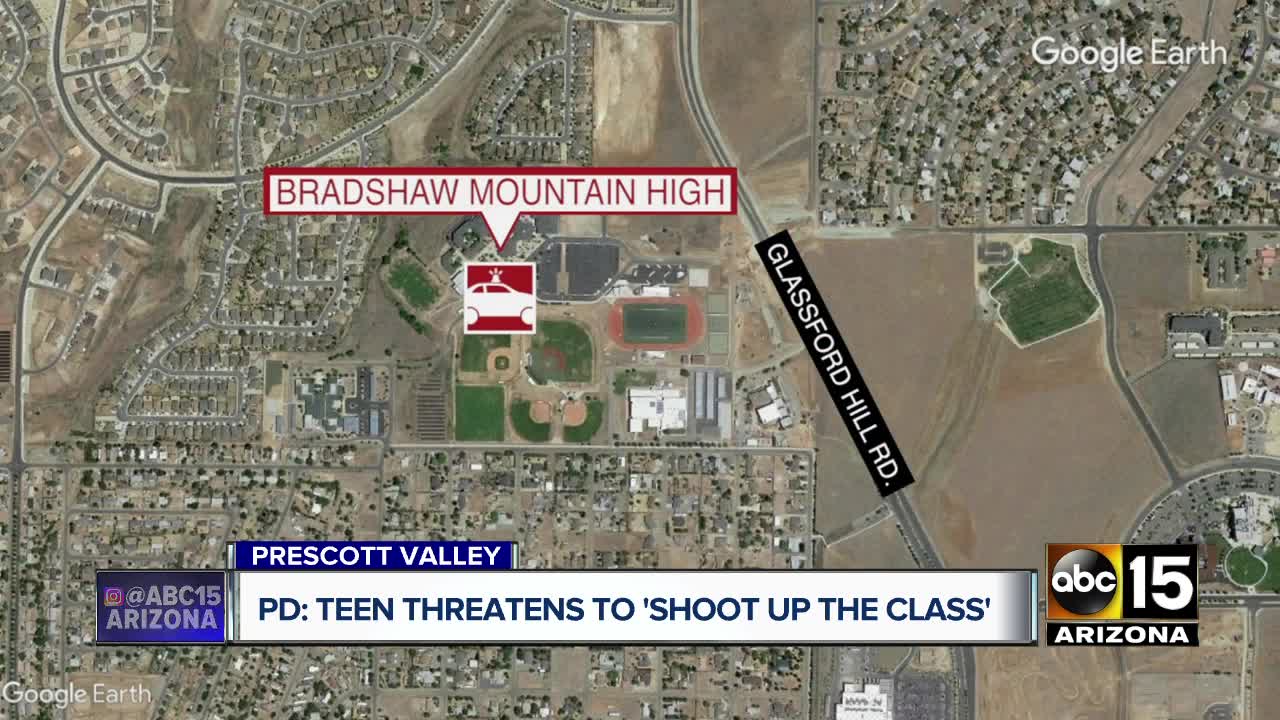 They say the 15-year-old boy is accused of making a terrorist threat Tuesday at Bradshaw Mountain High School, saying he would "shoot up the class" starting with the teacher.

Police investigated the incident and arrested the juvenile.

They say the teen was booked into the Yavapai County Juvenile Detention facility on suspicion of one count each of making a terrorist threat and threatening and intimidating.

Officials with the Humboldt Unified School District say they take seriously all threats against students or school staff.

The name of the student hasn't been released because he's a juvenile.