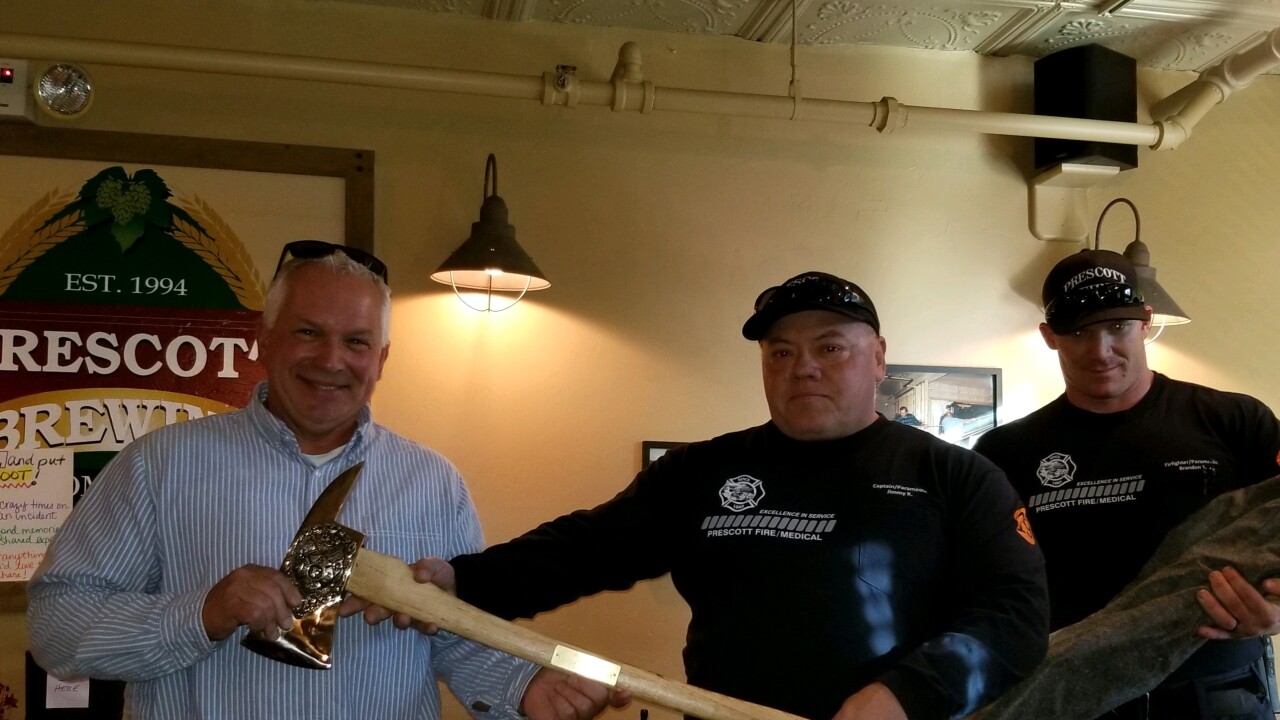 Prescott FD celebrated his career Friday night with a "multitude of ceremonial axes." These axes are very symbolic to the department. One axe with a note that says, "Thank you for your 37 years of Excellence in Service and Dedication to the citizens of Prescott."

A release from the department says the last axe was "mounted and ornamented with a red line as well as a blue line representing Devendorf's dedication to the two public safety branches. The plaque also displayed a fire department patch which was in use when he joined in 1983 as well as contemporary patches from both the fire and police departments."

Devendorf has served as a firefighter, engineer, captain and then battalion chief before becoming the fire marshal. According to a press release, he was also the department's first paramedic and was cross trained with the Prescott Police Department's SWAT team.

"Prescott Fire is grateful for Devendorf's multiple decades of service to his department and our community and wishes him all the best in retirement."