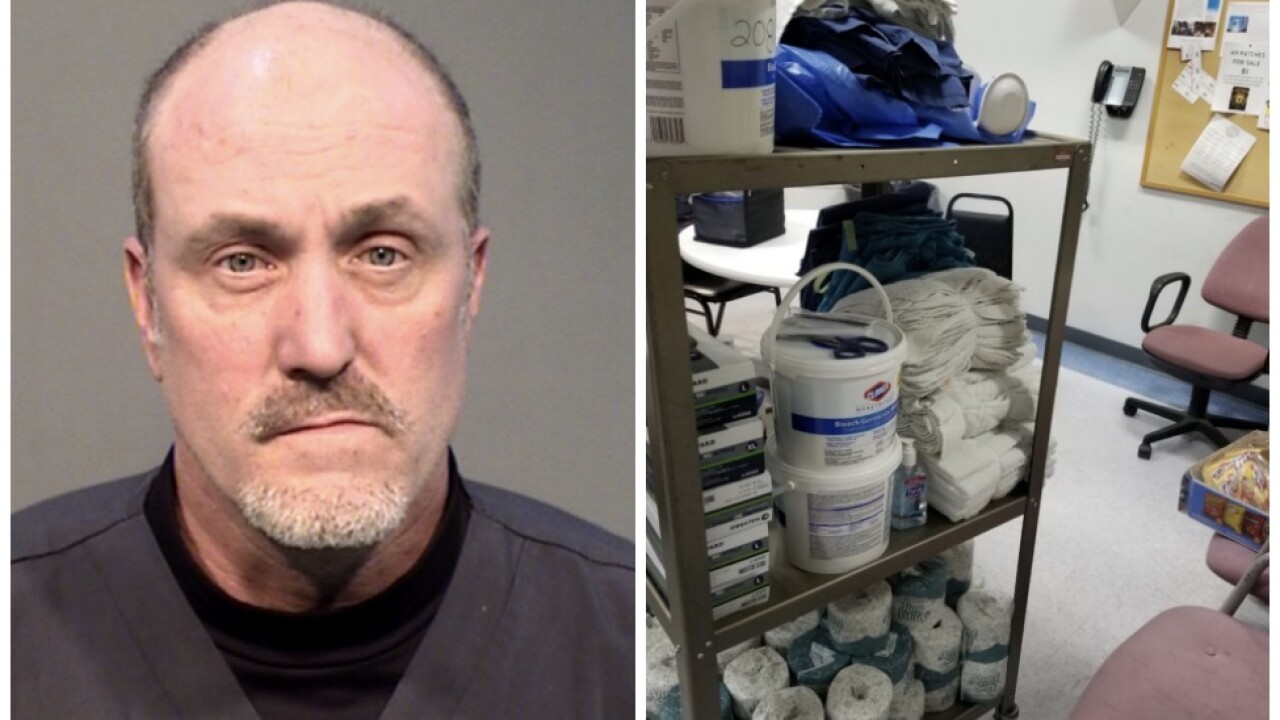 PRESCOTT, AZ — A Yavapai Regional Medical Center employee is facing felony theft charges for reportedly stealing more than $1,500 worth of personal protective equipment and other items from the hospital.

Authorities say on Friday, Prescott police officers were called to the facility after receiving reports that one of their housekeeping employees had been stealing PPE and other housekeeping supplies over the last several weeks.

Police say the suspect was identified as 49-year-old Keith Brown who worked in housekeeping at YRMC West.

Authorities say Brown admitted to stealing items from the hospital over the last three weeks to include, gloves, hand sanitizer, surgical scrubs, wash cloths, paper towels, masks, bleach cleaner, an automatic hand sanitizer machine and toilet paper. Police say they found approximately $1,700 worth of items in his car and home.

Brown was arrested and booked into the Yavapai County Jail on one count of felony theft and one count of fraud. In addition, he has been terminated from employment with YRMC.

Authorities say they are working with the County Attorney’s Office and YRMC regarding the return of those much needed items to the hospital as soon as possible if the items are deemed safe to use.