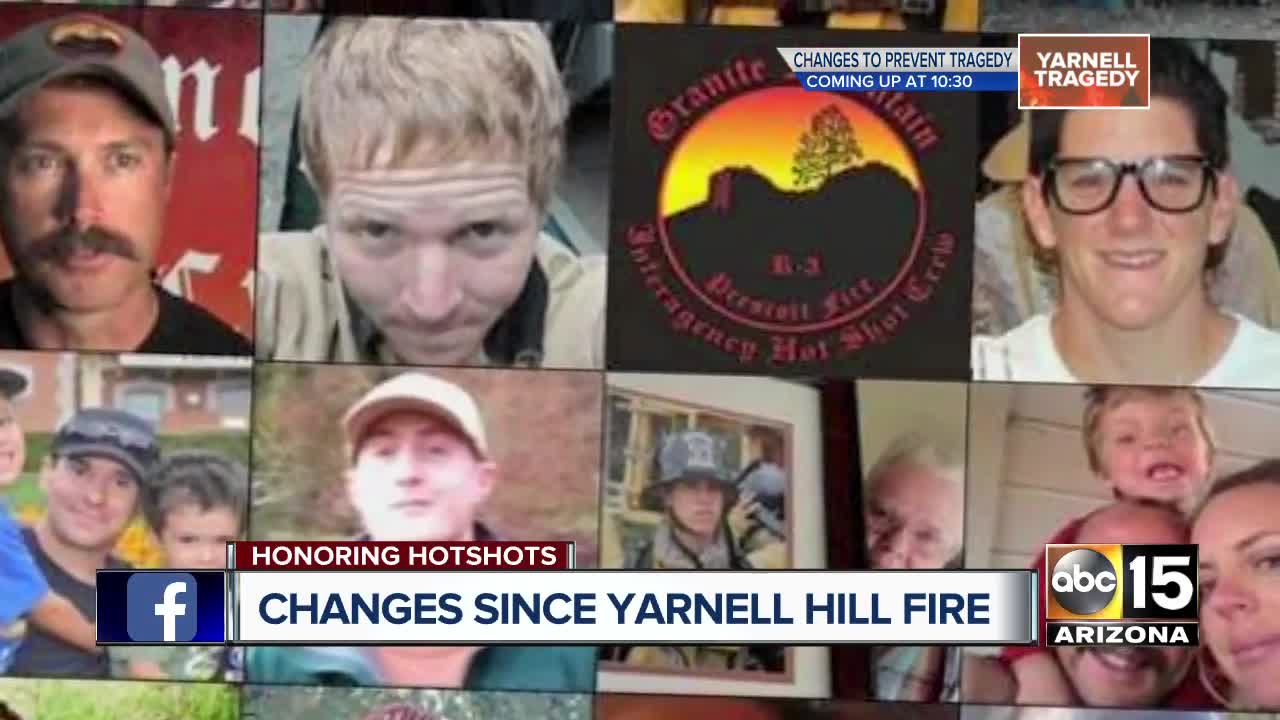 The bells at the Yavapai County Courthouse rang 19 times for each firefighter lost six years ago. 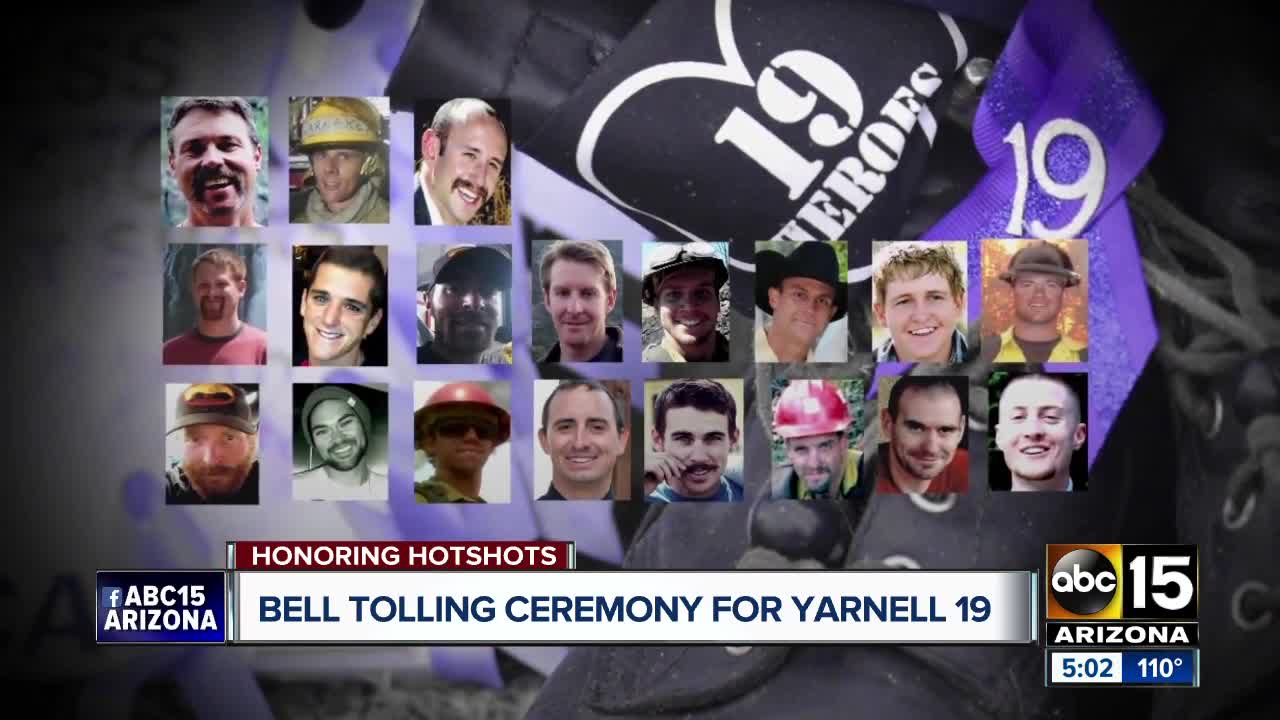 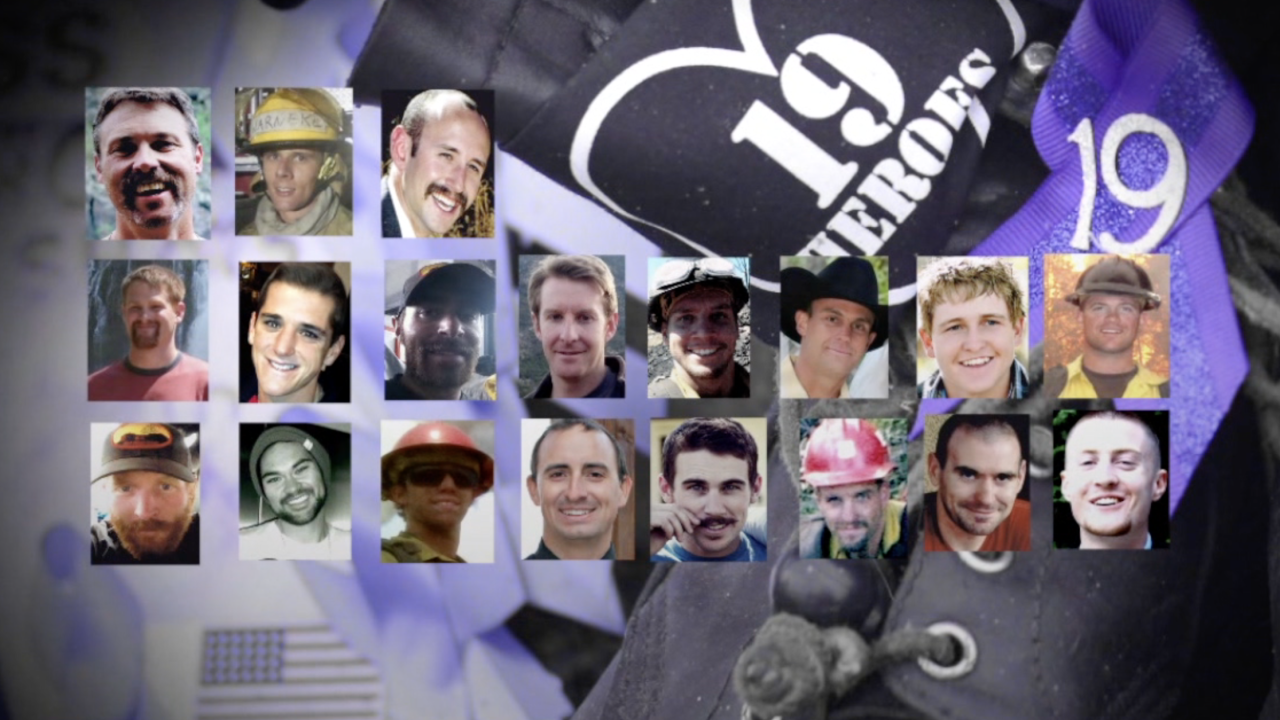 PRESCOTT, AZ — Nineteen firefighters who died six years ago when they were overrun by a wildfire in a brush-choked canyon in Arizona were honored Sunday at a memorial service.

The event in Prescott featured bell tolls and the reading of the names of the Granite Mountain Hotshots who died June 30, 2013, in Yarnell, northwest of Phoenix.

The loss of nearly the entire crew reverberated across the country, becoming the deadliest day for firefighters since the Sept. 11, 2001, terrorist attacks.

The Granite Mountain Hotshots were the only such elite firefighting crew tied to a municipal fire department.

Tom McKern remembers when the wind shifted on the afternoon of June 30, 2013. He also remembers feeling the loss days after.

"I saw the 19 hearses start to come around the corner and up the street. When they started coming through, life stopped, time stopped."

The 19 were husbands, fathers, brothers, and family.

"It's been six years worth of an emotional rollercoaster. It's been the worst of the worst and it's also been the best of the best in that there is joy after sorrow," said Jenn and Tom Ashcraft, who lost their son Andrew.

Prescott decided against rebuilding the crew and later sold the fire station where it was based.