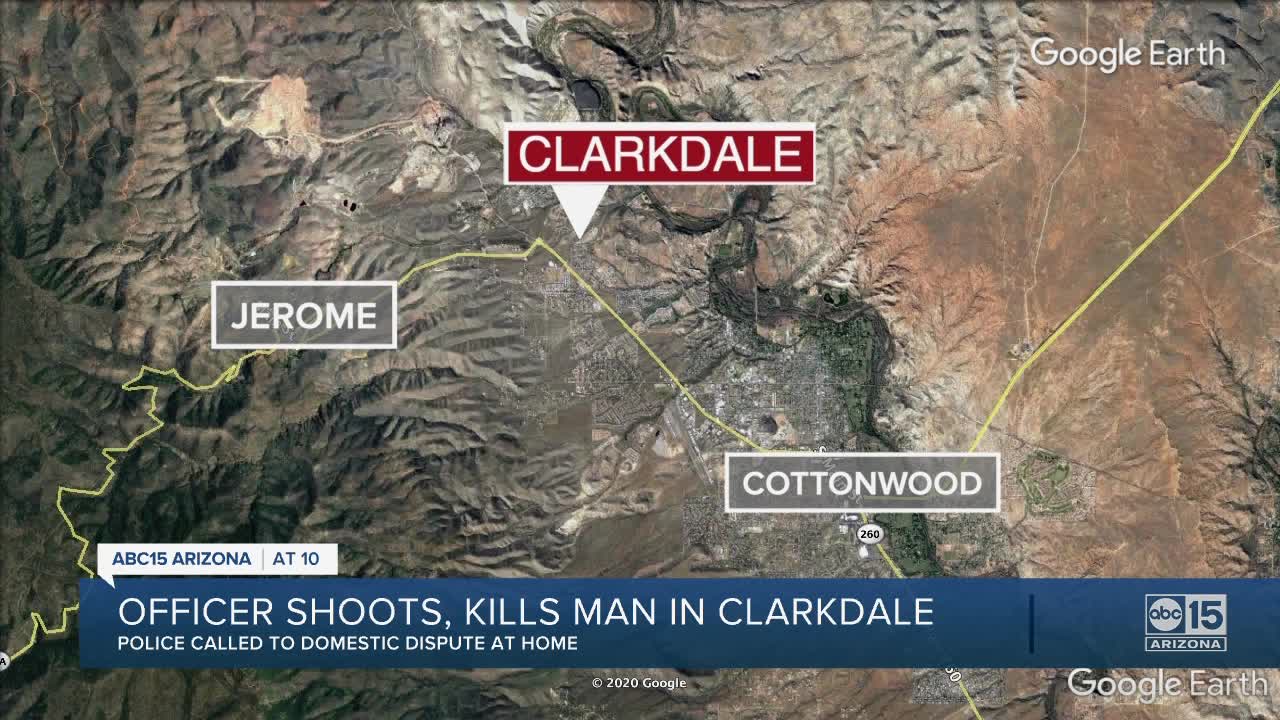 police called to a domestic dispute at home.

CLARKDALE, AZ — A man was shot and killed by a Clarkdale police officer Thursday afternoon after a report of a domestic disturbance.

Officials say the shooting happened at approximately 3 p.m. at a home near 11th and Main streets.

After an officer responded to the scene of a domestic disturbance, a confrontation with an adult male began and the officer-involved shooting occurred.

The man was pronounced dead at the scene while the Clarkdale officer was uninjured.

A 4-year-old child was transported to Flagstaff Medical Center for treatment for injuries prior to the officer’s arrival.

The name of the officer-involved and the suspect’s identity have not been released.

This is a developing story, stay with ABC15 for the latest information.