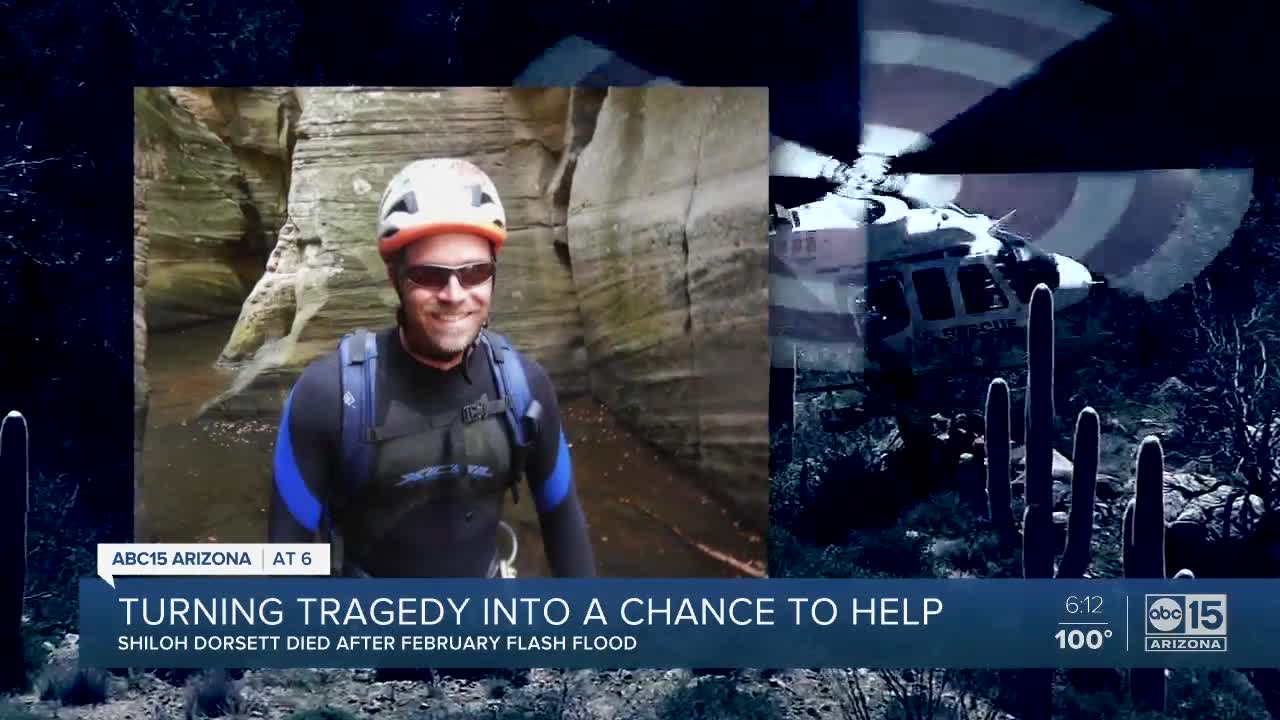 A Valley mother still coping with the death of her husband is finding the strength to use his passing as a means to help others, more than two months after he was swept away in a flash flood. 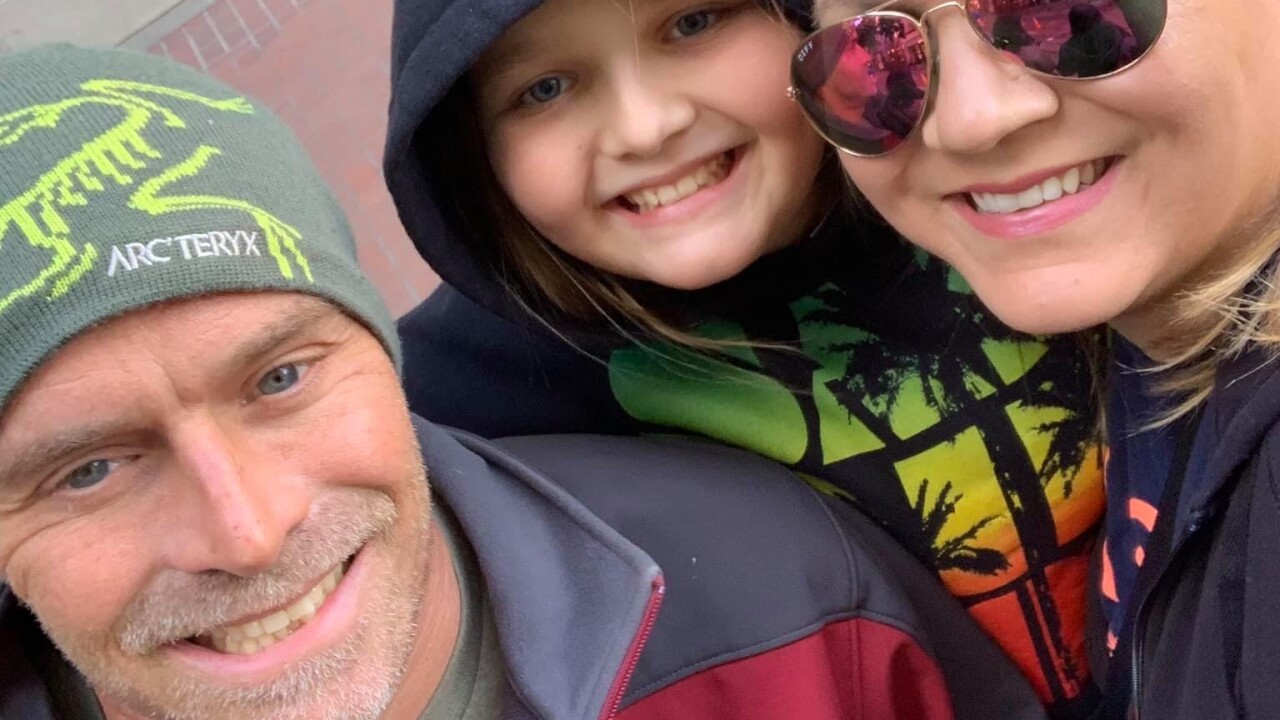 A Valley mother still coping with the death of her husband is finding the strength to use his passing as a means to help others, more than two months after he was swept away in a flash flood.

Shiloh Dorsett and a friend were caught by a flash flood near Roosevelt Lake in the Tonto National Forest in February, as the two were 'canyoneering,' an extreme form of hiking. Shiloh was considered an expert in the sport.

"I have photos and videos from that day, from moments before, just a huge smile on his face," Rebecca Dorsett said. "They were having so much fun."

Hit by a flash flood, Shiloh's friend was able to hike out and get help. A search for Shiloh included his friends and the Gila County Sheriff's Office. His body was found a couple days later.

"He was a goofy guy, he was always the first person to help anyone out," Dorsett said.

"His smile, his sense of adventure, we would just have fun wherever we would go," she remembered of her husband.

More than two months after his death, Dorsett was able to find a way to take a positive from the tragedy.

She is involved in a ministry outreach program that helps young moms. This week, she surprised a young mother of three kids, including a newborn, by donating Shiloh's vehicle to her. The mom, Natalia, had limited access to transportation, even for work.

"She works hard and she tries to do what's right always," Dorsett said of the mom she donated the vehicle to. "I just felt that it was the right thing to do."

The young mom, who was unaware of whose vehicle she was receiving, became emotional when surprised by the gift.

"I didn't know who it was from," said Natalia Dehart. "It makes it a lot more special."

Dehart said the gift will help her immensely.

"I won't have to struggle that much anymore," she said. "I'll have an easy way to work and I can actually go to the grocery store if I run out of milk."

Dehart had a big smile during the entire exchange.

"You're amazing," she said, looking at Dorsett. "I had no idea. This is like the best surprise ever."

Dorsett told ABC15 she is glad she was able to donate Shiloh's vehicle to someone who needs it.

"It kind of gets you a little," said an emotional Dorsett. "It's like one thing I'm letting go of."

"His adventurous spirit, his willing to give, his love for Jesus," she said.