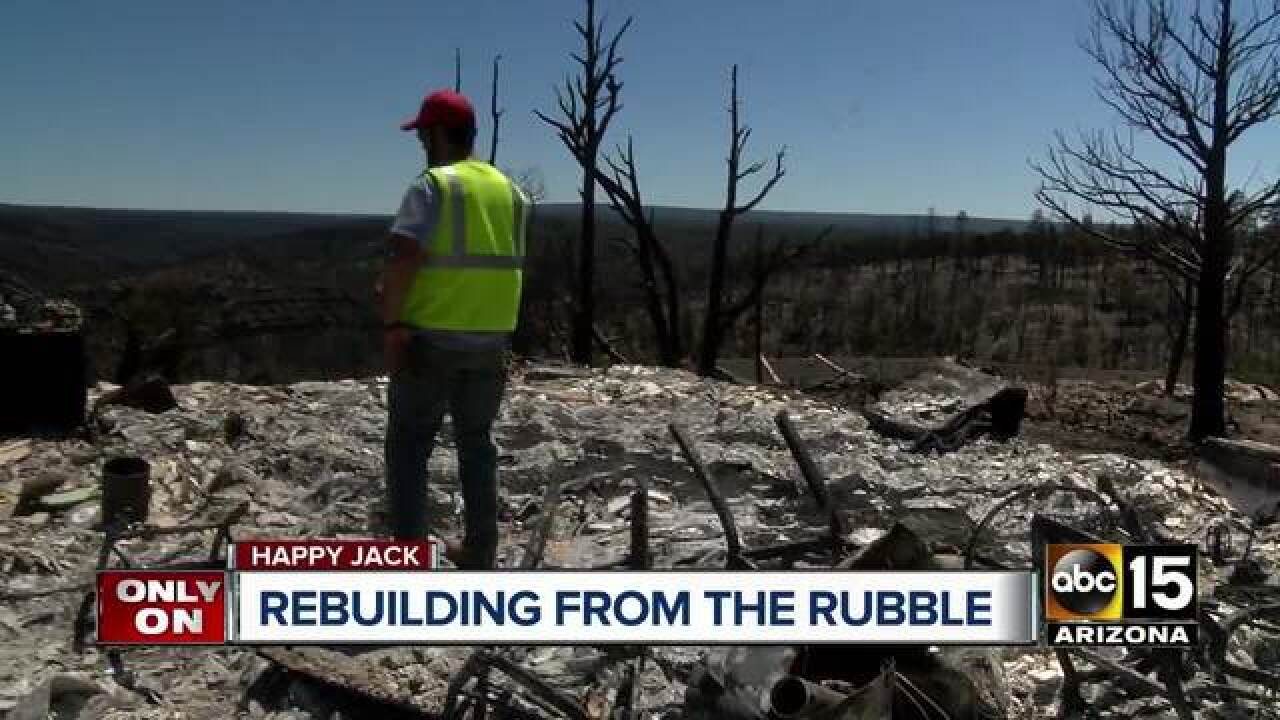 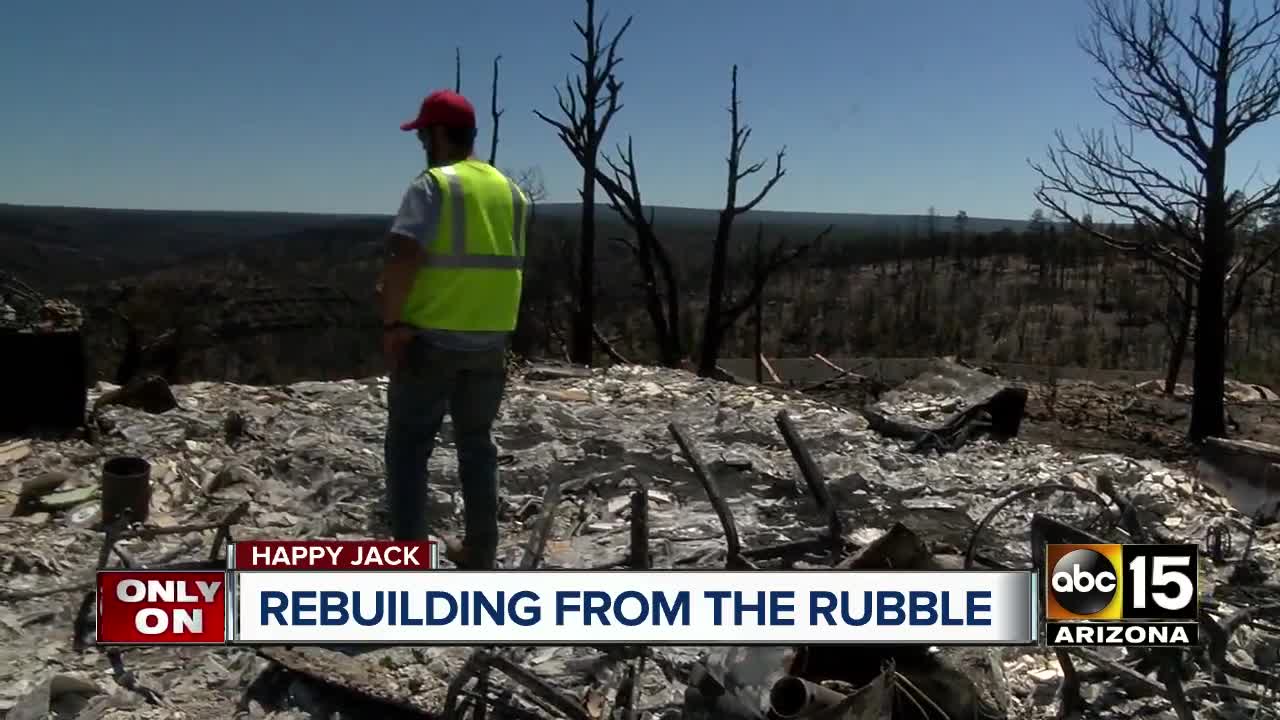 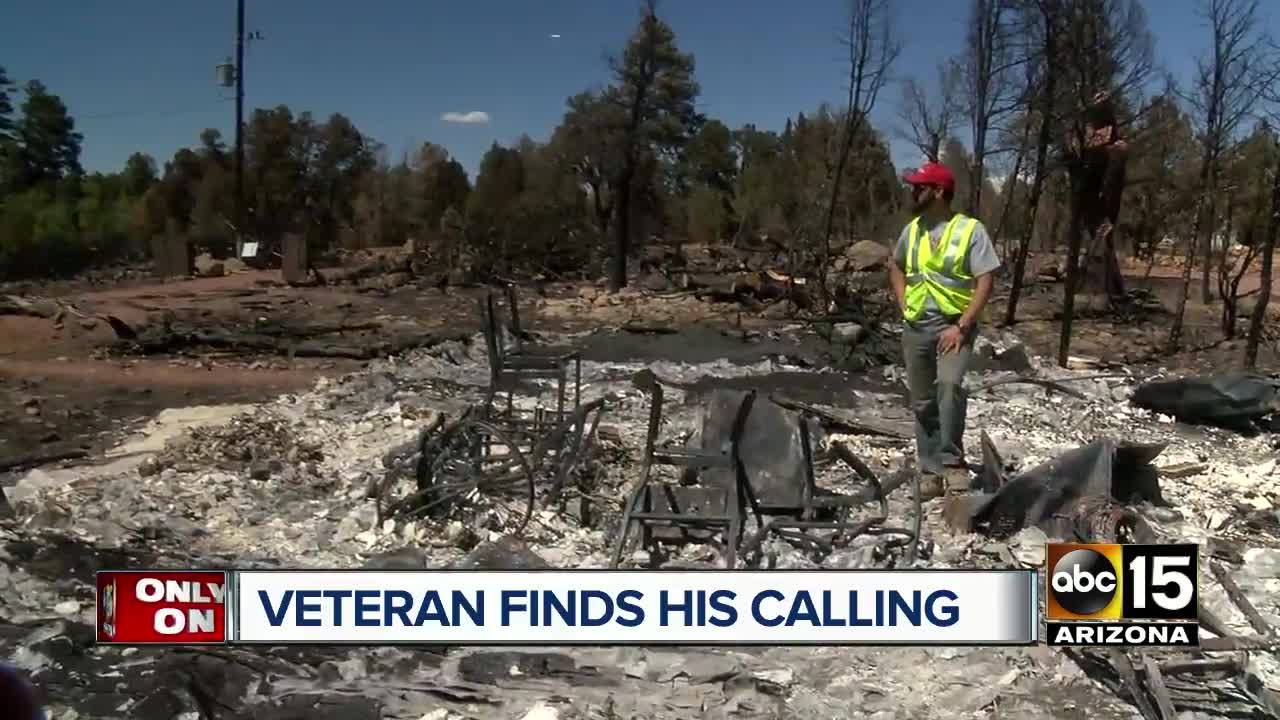 Weeks after the Tinder Fire burned thousands of acres and destroyed several dozen homes; there are some folks who still aren't able to start rebuilding.

Recently, ABC15 followed a special group of mostly veterans, Team Rubicon, as they helped neighbors in Happy Jack clear our their properties and pick up the pieces.

"You think about all the stuff you lost, and it's hard," explains Kevin Lowe, whose home was burned in the Tinder Fire.

"We're just the brute muscle," explains Magdy Zakhary, who's one of two dozen volunteers in Happy Jack this week. The group is part of Team Rubicon, an organization that pairs veterans with first responders who then get dispatched to natural disasters across the globe.

"You don't really ever get used to seeing someone so crushed, so devastated," Zakhary explains.

And it's a mission Zakhary almost didn't get to go in. He served in the U.S. Marine Corps, but after getting injured, going on disability, and losing his home, he says there wasn't much to live for.

"Right as I'm putting the gun to my head," he explains, "I hear the door squeal. I immediately stopped, and I knew my daughter was coming out of the room."

Zakhary says he was just seconds away from becoming one of the estimated 22 veterans a day that take their own life.

The very next day, Zakhary says he saw a news story about Team Rubicon and realized this is what his true calling was.

"It's the light at the end of the tunnel. That sunshine you need when you're going through something really dark."