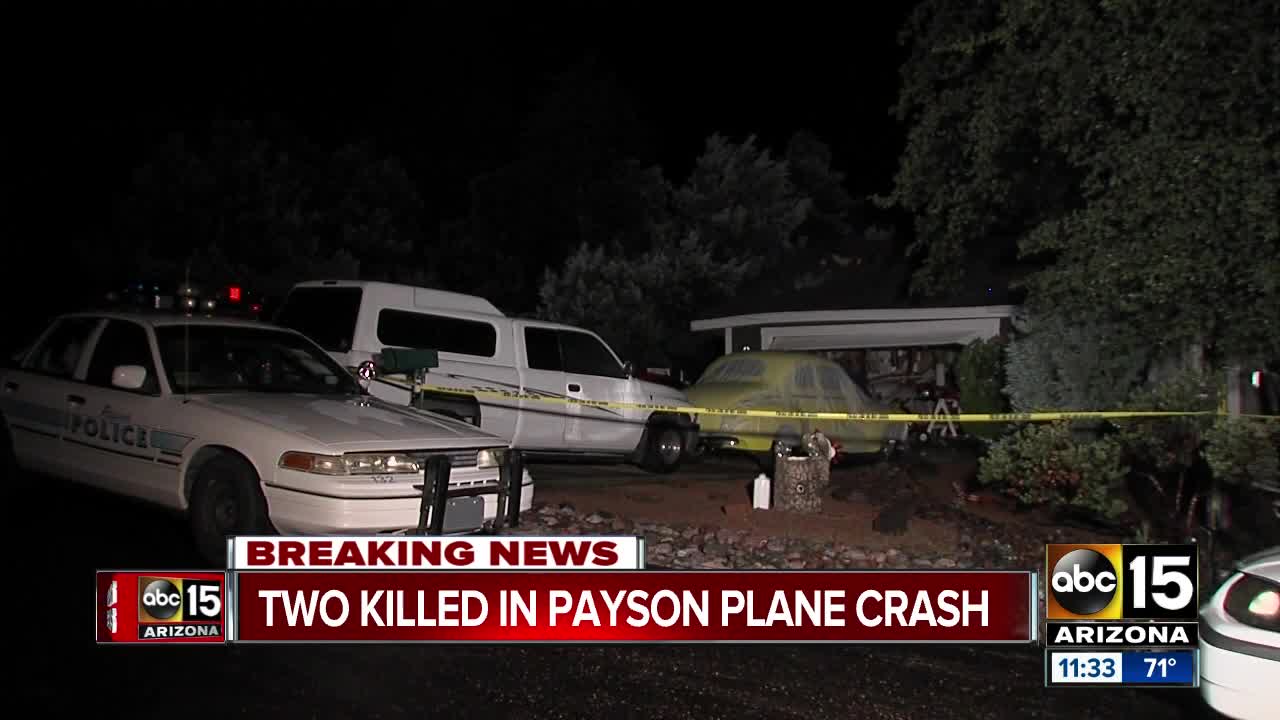 Two people were killed when a plane wrecked into a Payson home over the weekend. 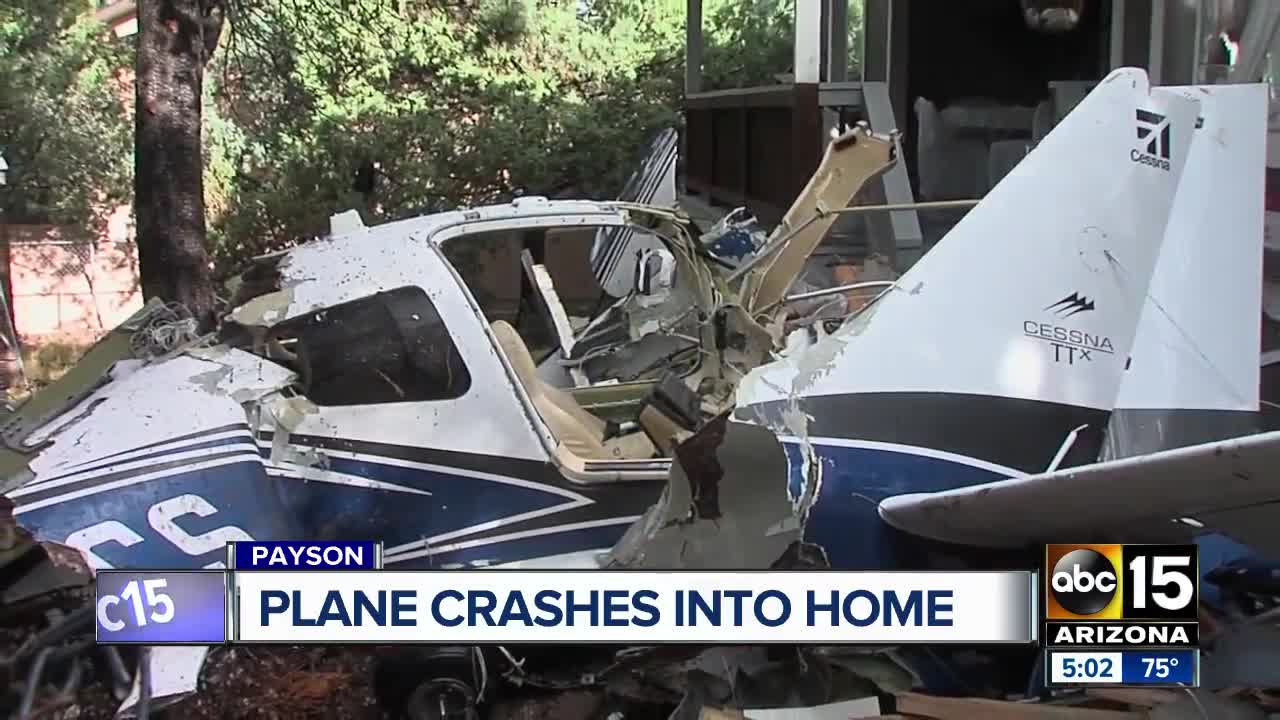 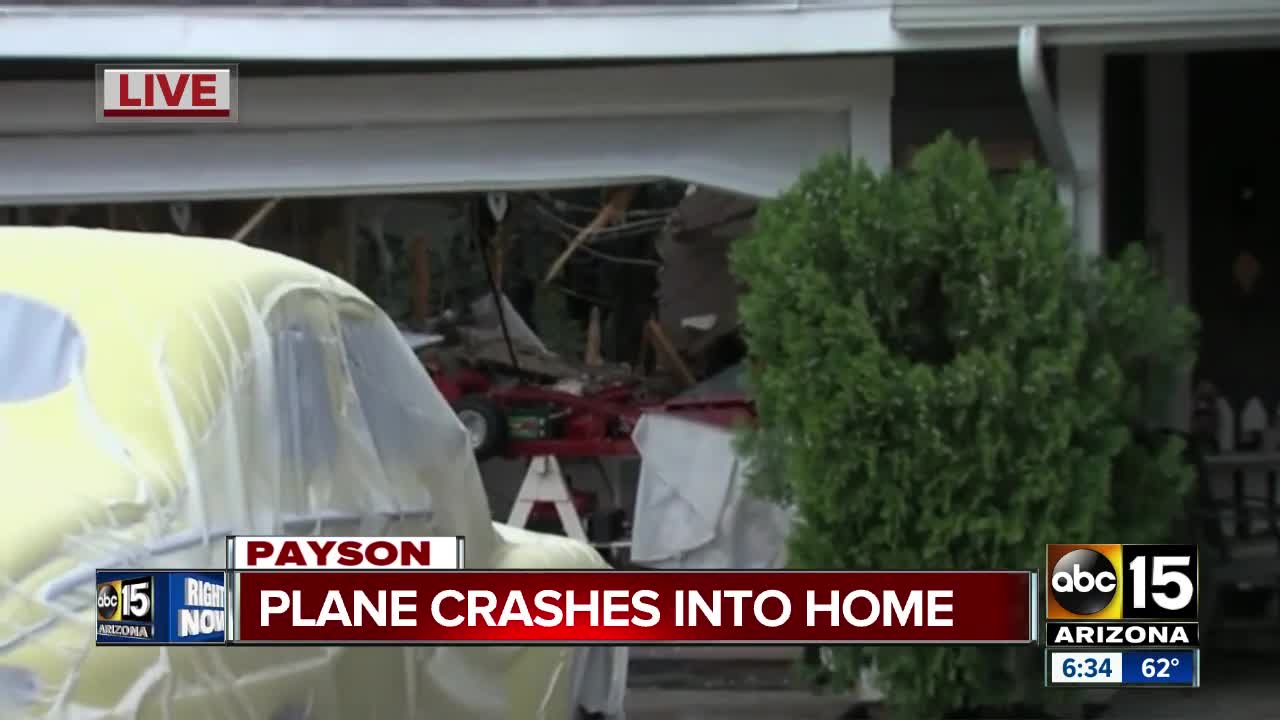 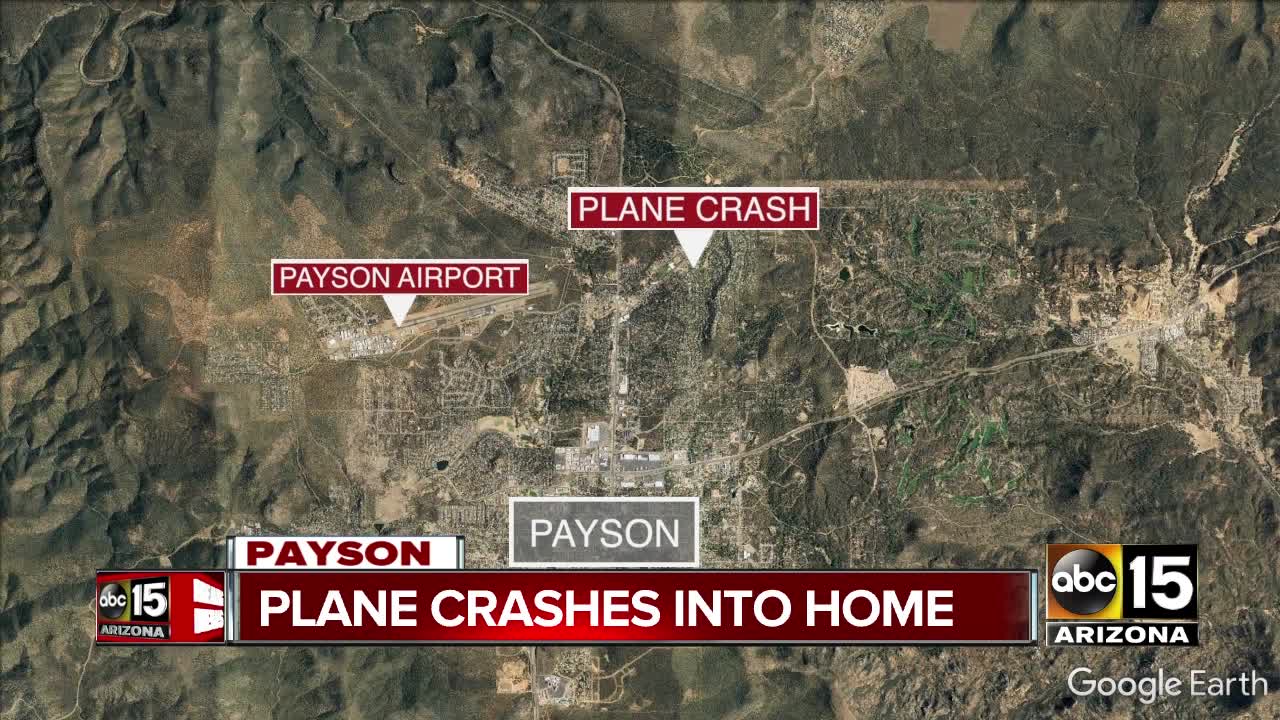 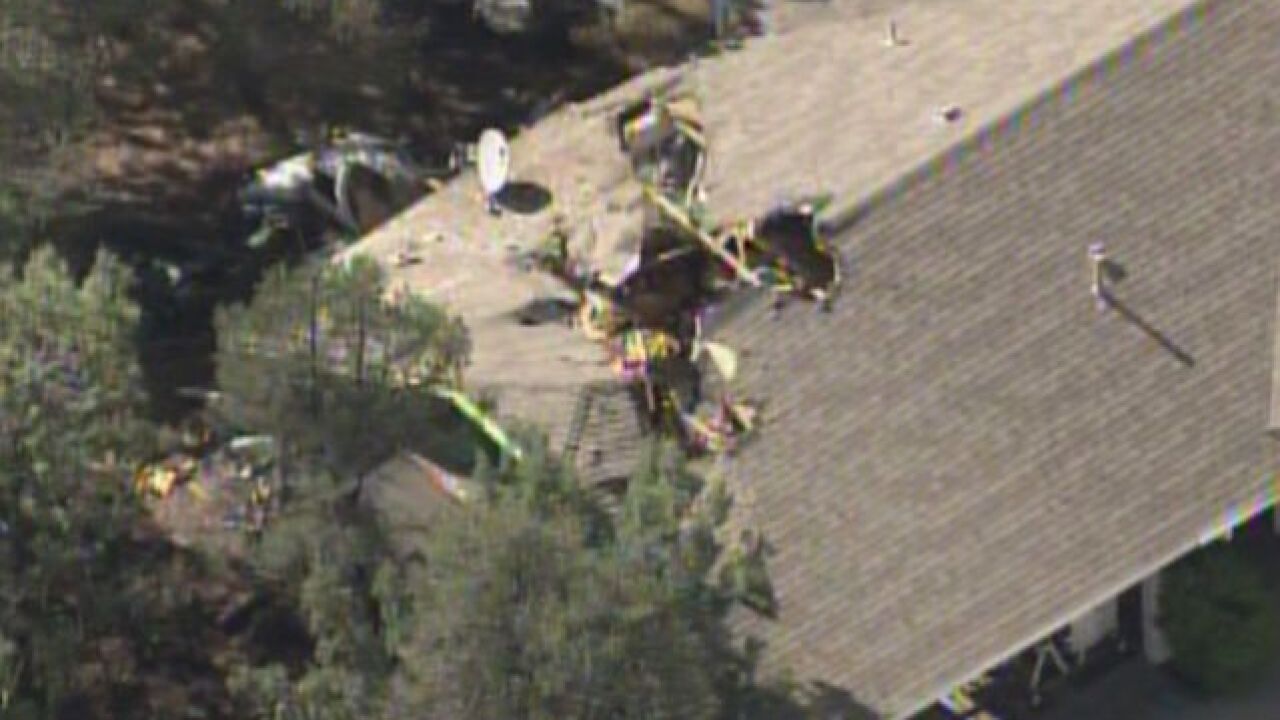 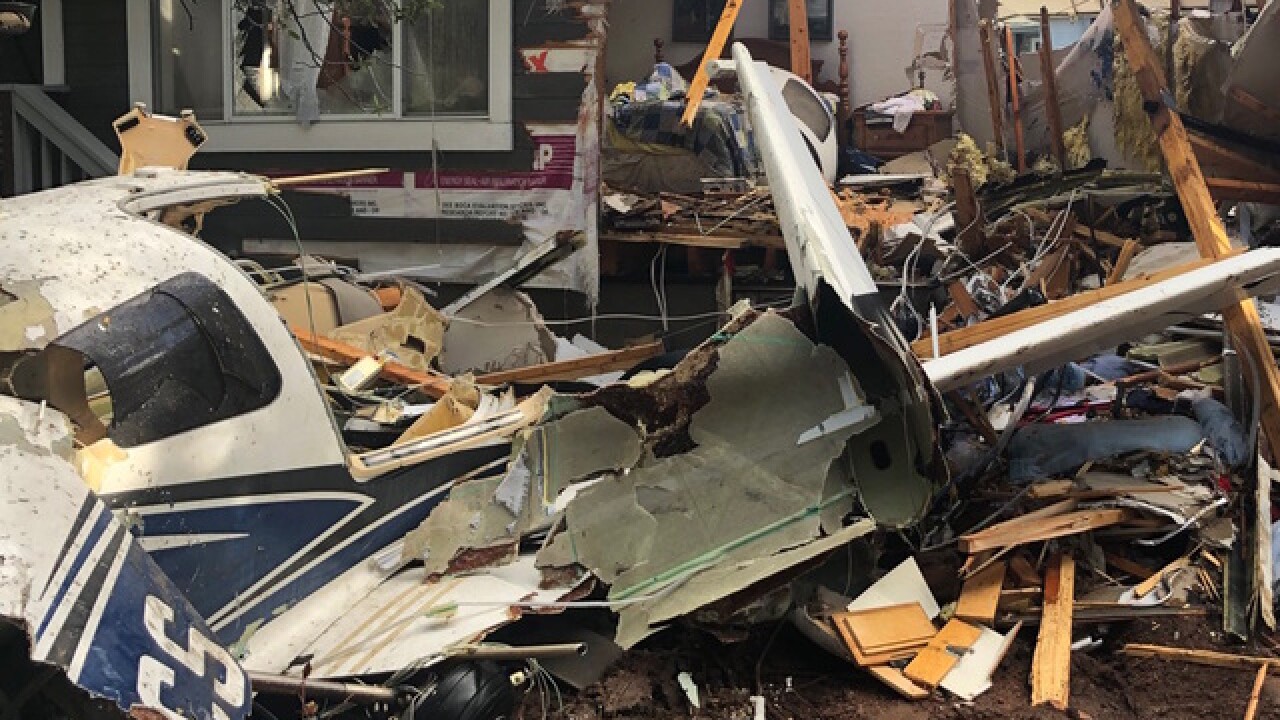 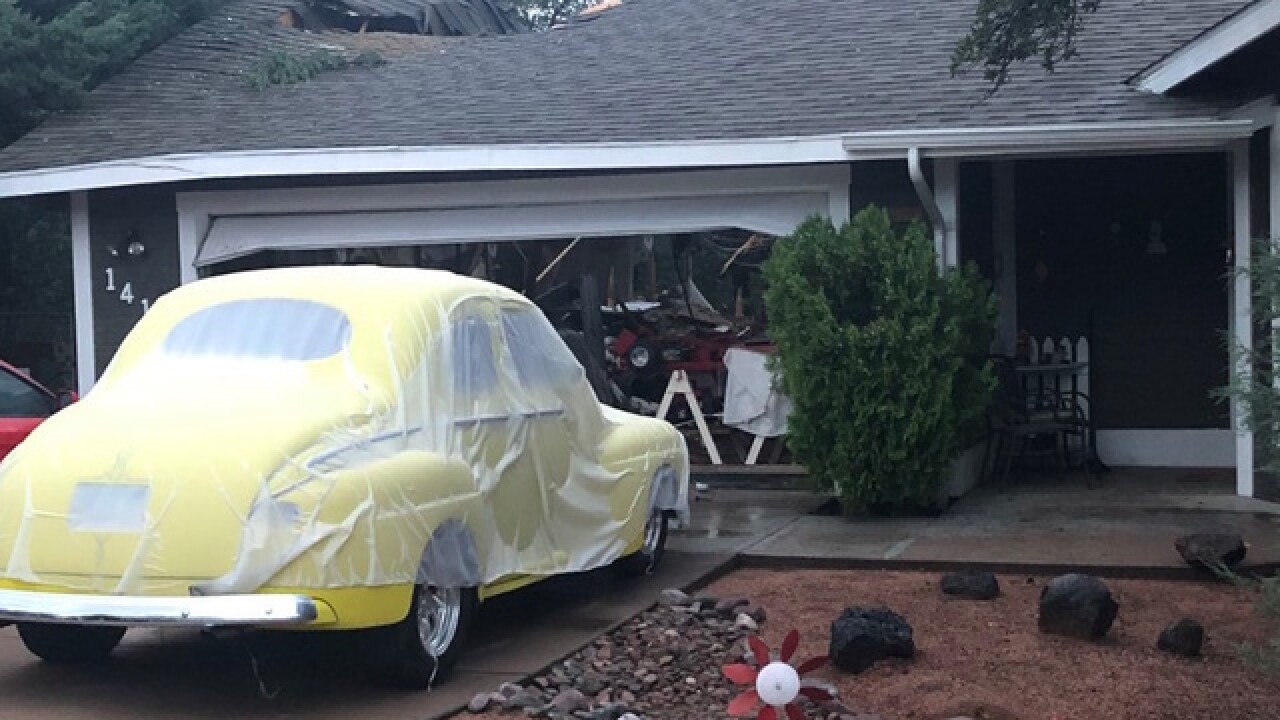 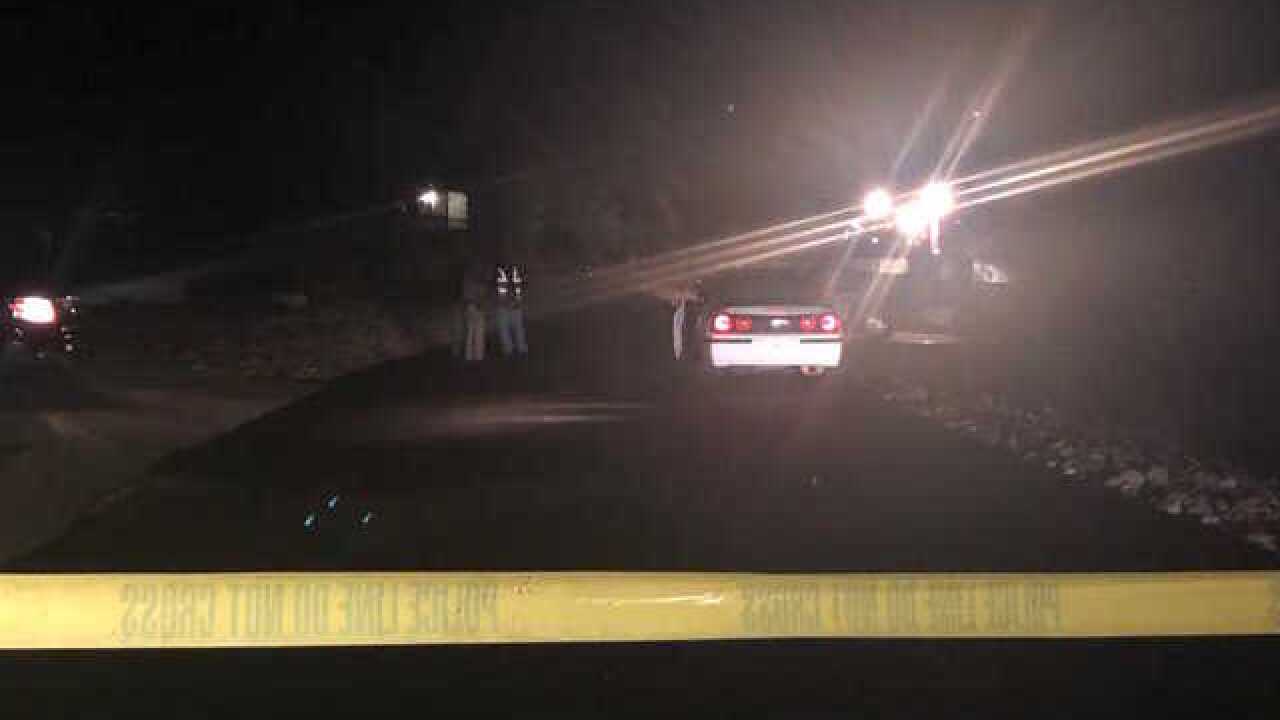 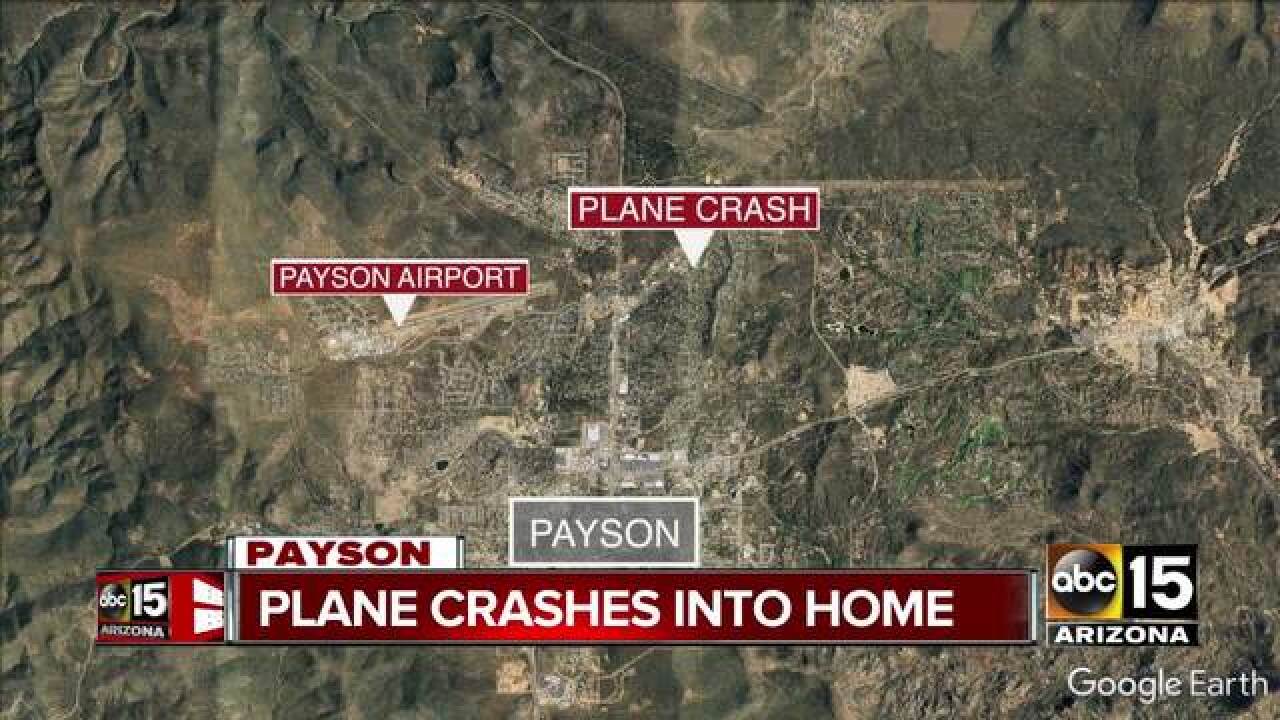 Authorities have identified a pilot and passenger who were killed Saturday when their plane crashed into a Payson home.

According to Payson police, 63-year-old Craig Raymond McEntee and 56-year-old Marilee Marshall Brusaschetti were in a single-engine Cessna 240 when the small aircraft went down under unknown circumstances around 6:40 p.m. Saturday. Both McEntee and Brusaschetti are Phoenix residents.

FAA officials originally said McEntee was the only person aboard the plane and that there were no reported injuries on the ground, but in an afternoon update on Sunday, officials stated there was also a passenger on the plane.

Payson authorities say the man who owns the home was able to get out safely.

Doug Denham, who has lived in the home for 23 years, told ABC15 it was, "a hell of a crash...didn't know what it was, but just, BOOM, and then the front glass went flying out into the front yard."

Firefighters who responded to the crash say the plane sliced through the home's room and caused extensive damage to the front and back of the house.

The FAA and National Transportation Safety Board will be investigating the cause of the crash.

NEW: Just talked with the homeowner who was INSIDE when a plane came crashing through his #Payson home @abc15 pic.twitter.com/Pzf2RernVy