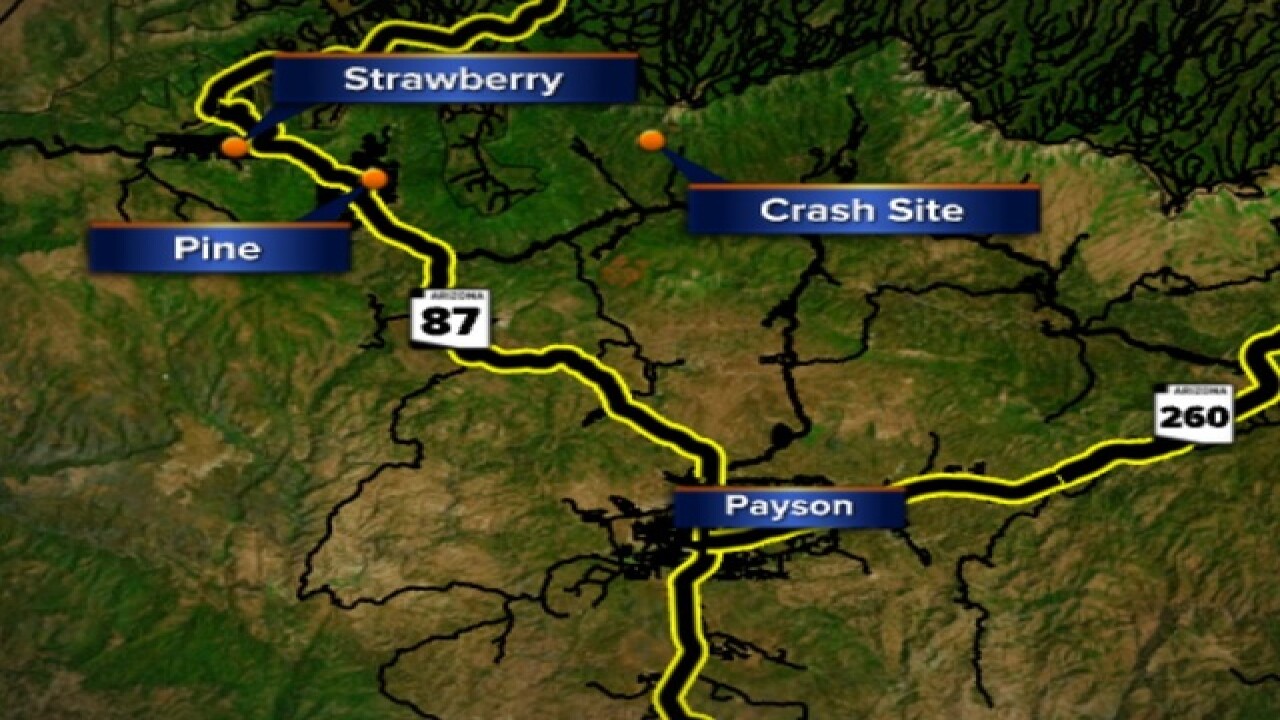 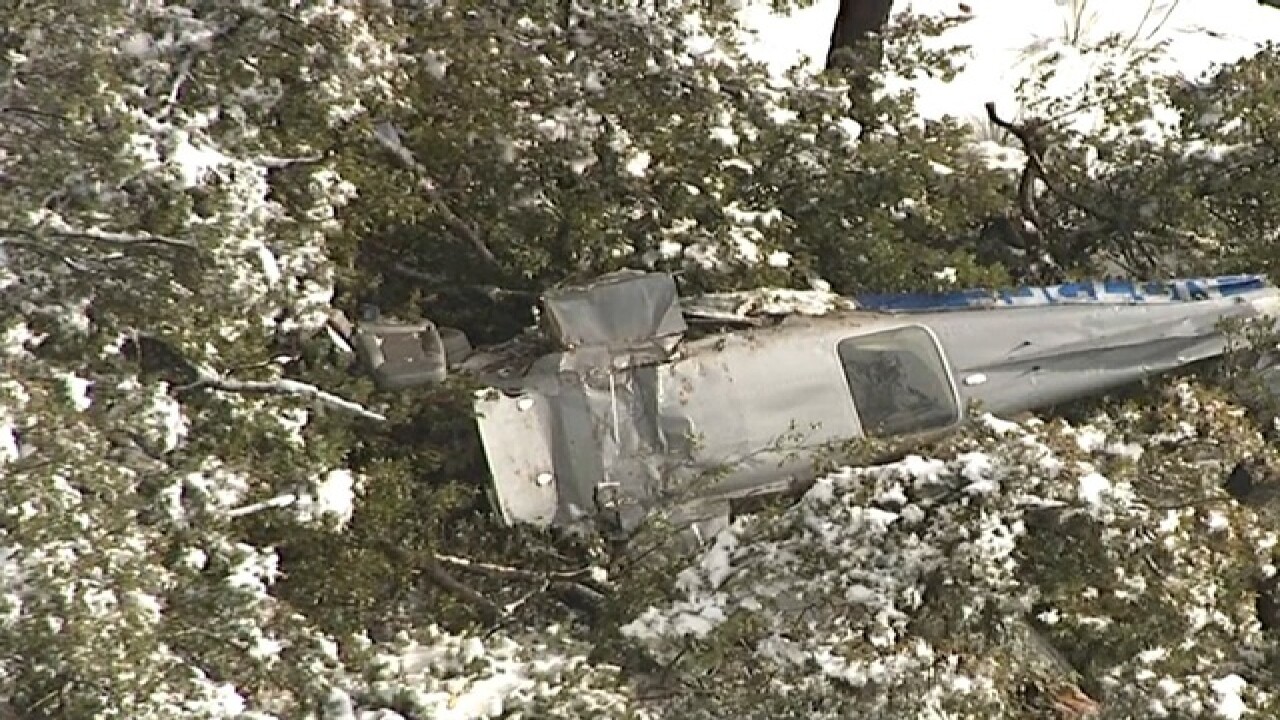 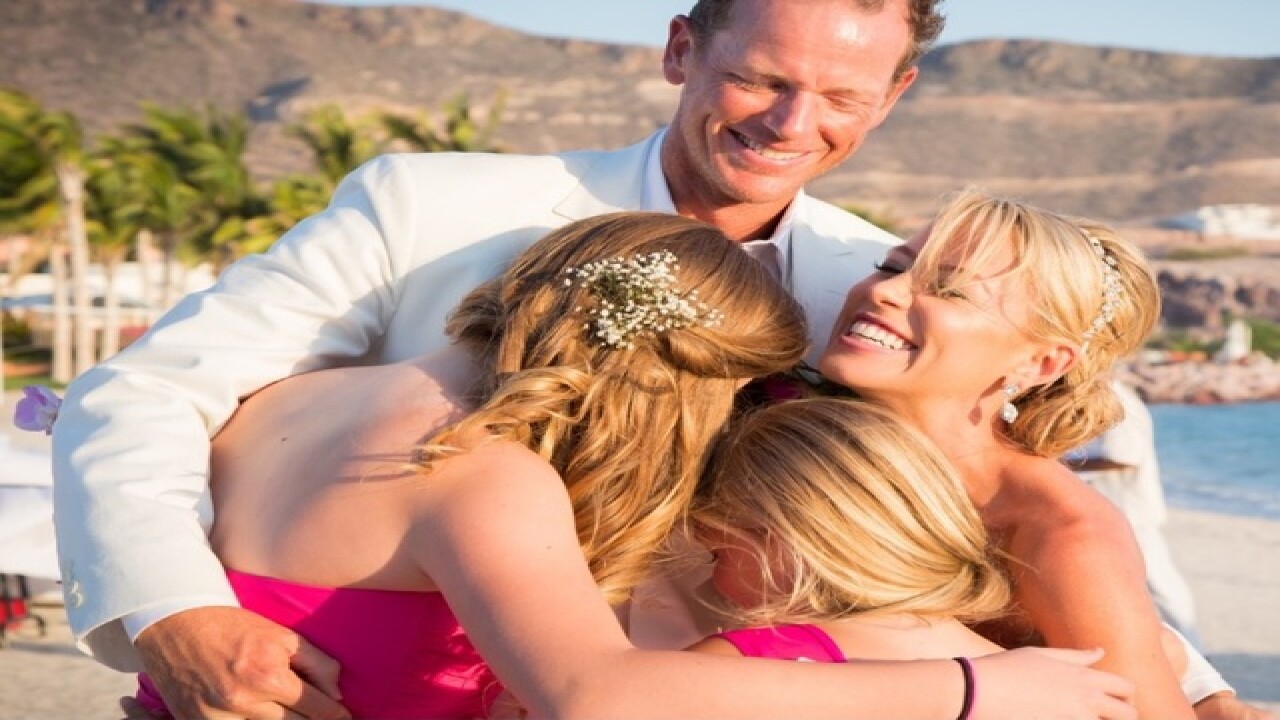 The Gila County Sheriff's Office says a family of four has been found dead after a plane crash near Payson.

According to officials, a small plane headed from Scottsdale to Telluride, Colo. was reported overdue by Scottsdale Police before 10 p.m. on Monday.

Crews went to the area where a cell phone last pinged -- an area north of Payson called Washington Park. The crash site was located with aerial help from the Air Force Civil Air Patrol and Arizona Department of Public Safety.

The Scottsdale Police Department said a 44-year-old man and his 31-year-old wife were found dead, along with the man's 12-year-old and 14-year-old daughters from a previous marriage. Nobody else was believed to be on board.

Friends confirmed Eric Falbe, his wife Carrie, and daughters Victoria, 14, and Skylar, 12, were killed in the crash.

The brother of the girls' biological mother, Cynthia Larmore, released a statement on her behalf Tuesday evening, saying, "Cynthia Larmore is extremely devastated by the loss of her two beautiful daughters, Victoria and Skylar. Both were loved dearly and will be remembered forever."

The two teens were students at Cicero Preparatory Academy in Scottsdale, ABC15 has learned.

Our sincerest condolences go out to the Falbe family for their tragic loss, and to our grieving Cicero Prep students and teachers. Great Hearts will make grief counselors available for both employees and students when school resumes on Monday.

Attorney Michael Maledon, who worked with Falbe at a Scottsdale law firm, told ABC15, "Eric and Carrie will be remembered for their passion for life and warmth toward others."

A family member told police that the four were on a yearly trip they always take around the holidays to Colorado.

ABC15 learned the girl's biological mother became anxious when the girls, who are very active on social media with her, stopped responding. She then contacted Scottsdale police after getting a gut feeling that something was wrong.

Sources tell ABC15 the girls' mother did not want her children in the plane as she didn't think her ex had enough flight experience; the woman did take the man to court over the issue in fear that something like a crash would happen.

A family friend told ABC15 the man had picked up flying within the last few years.

The FAA says the Cessna 210 crashed under unknown circumstances. The crash is under investigation by the FAA and NTSB.