One killed, two taken to hospital after a plane crash southwest of Payson 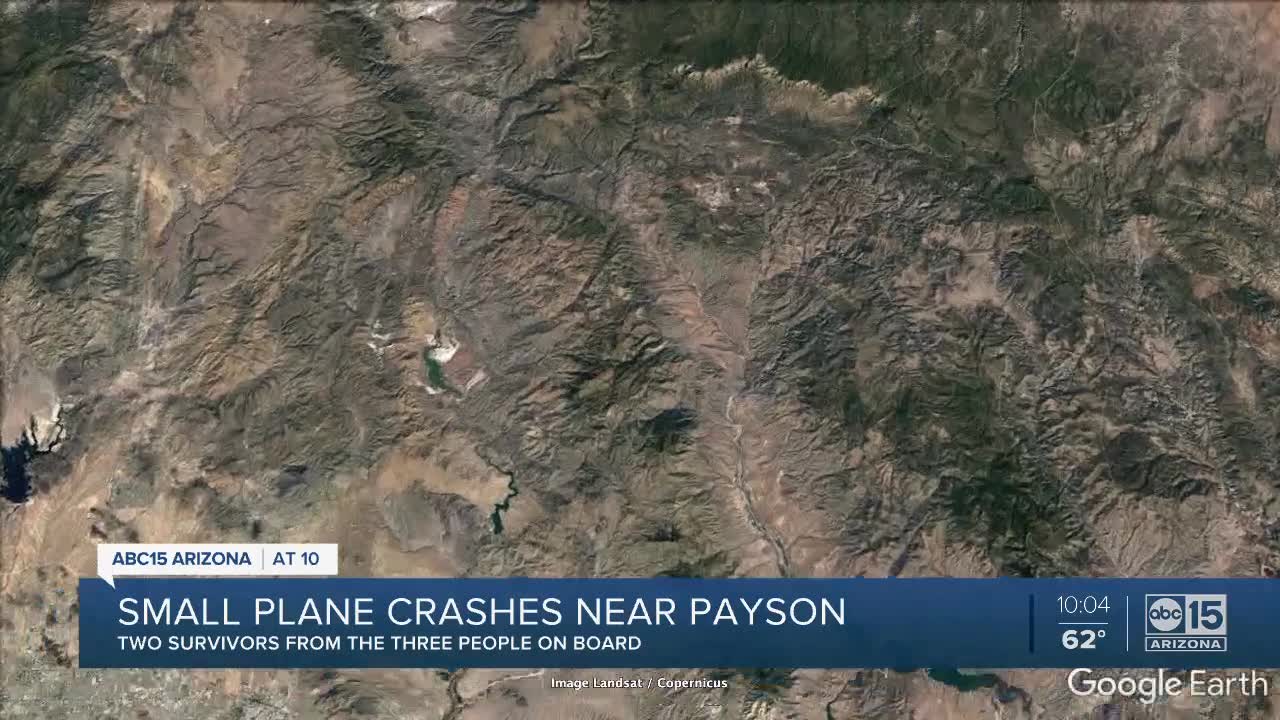 A plane has reportedly crashed southwest of Payson with three people on board, killing one. PAYSON, AZ — Authorities say a Mesa man was killed, but two others survived a plane crash southwest of Payson Friday.

The Gila County Sheriff's Office says they received a 911 call just after 3 p.m. that a plane had crashed in the Mazatzal Mountains.

GCSO says one person on board, 59-year-old Blaine Mathews, died at the scene. The injured have been identified as 21-year-old Colten Egbert and 29-year-old Spencer Berns.

Egbert and Berns were taken the hospital, but no information was released about possible injuries.

GCSO says the Arizona Department of Public Safety responded by helicopter to assist in locating the crash site.

The FAA and the NSTB will investigate the crash.

Stay with ABC15 and abc15.com for the latest developments on this story.