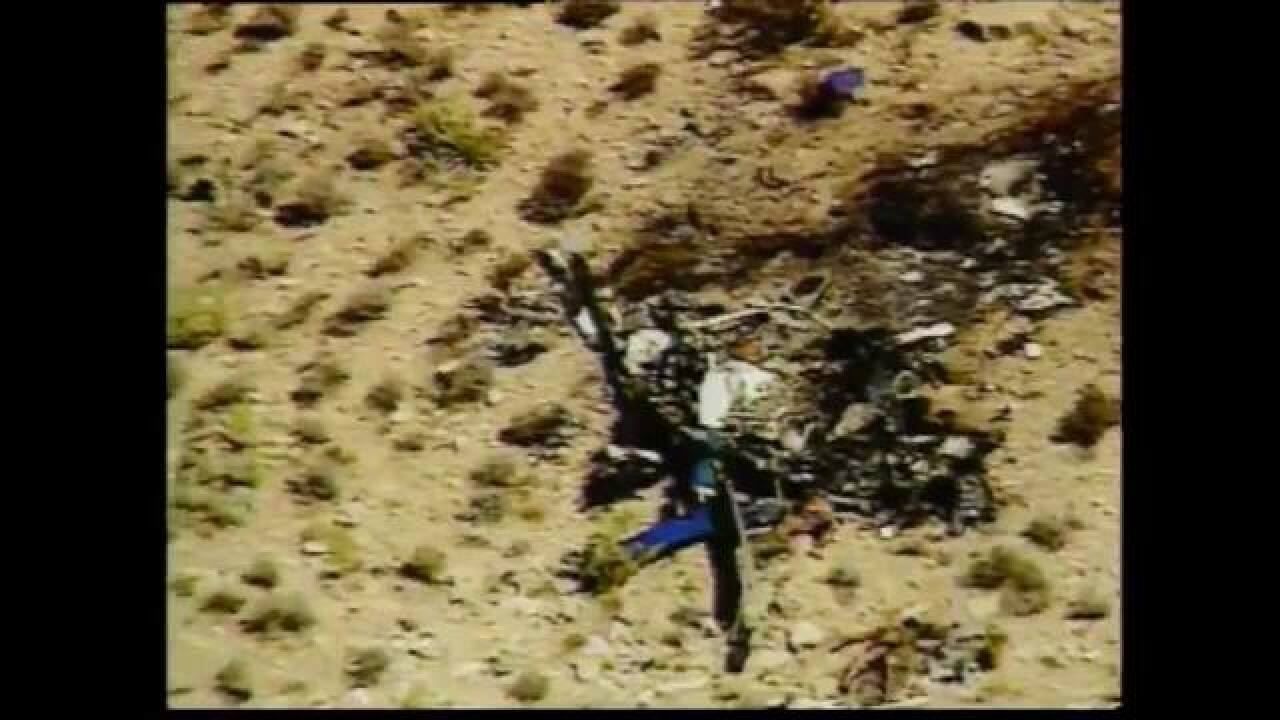 The company operating a helicopter that crashed in the Grand Canyon on Saturday , killing three and injuring four, was involved in a crash in 2001 that killed six people, according to a National Transportation Safety Board incident report.

On August 10, 2001, a helicopter flown by Papillon Airways, carrying passengers from New York, took off from McCarran International Airport in Las Vegas about 12:45 p.m. to tour the west Grand Canyon area.

It safely landed at Quartermaster Canyon, the same location where Saturday’s crash occurred, and headed back to Las Vegas at 2:20 p.m. when it crashed.

The official cause of the crash was “the pilot’s loss of control of the helicopter for undetermined reasons,” the NTSB report states.

The pilot and five passengers were killed. The one surviving passenger suffered serious injuries.

Several incidents involving Papillon Airways, also known as Papillon Grand Canyon Helicopters, have been investigated in the past two decades.

In 1999, a helicopter operated by the company hit a tree, killing the pilot and seriously injuring an instructor.

In 2009, a helicopter with six passengers lost engine power after the pilot heard a “loud pop,” but no one was injured.

In 2014, a pilot was killed after he got out of a running helicopter to go to the bathroom and was struck by rotor blades.

According to its website, the Las Vegas-based company flies an estimated 600,000 passengers each year.

The Federal Aviation Administration and the NTSB will be investigating Saturday’s crash. The cause has not yet been determined.

On Sunday, the CEO of Papillon Airways released the following statement regarding the most recent crash:

"It is with extreme sadness we extend our heartfelt sympathy to the families involved in this accident. Our top priority is the care and needs of our passengers and our staff. Family members seeking immediate assistance, please call 1-866-512-9121. We are cooperating fully with NTSB investigators and local authorities." - Brenda Halvorson, Chief Executive Officer, Papillon Group

In a Monday afternoon press conference, officials with the National Transportation Safety Board provided updates on their investigation.

Three investigators arrived at the crash site Sunday and have begun analyzing the pilot's certificate, history, aircraft records, as well as the airframe of the aircraft, the engine, and weather conditions.

Officials went on to say there are temporary flight restrictions in place over the canyon while the investigation takes place.

Investigators plan to put together a preliminary report within the next five to 10 days. A final report is expected to be released in about 18 months.