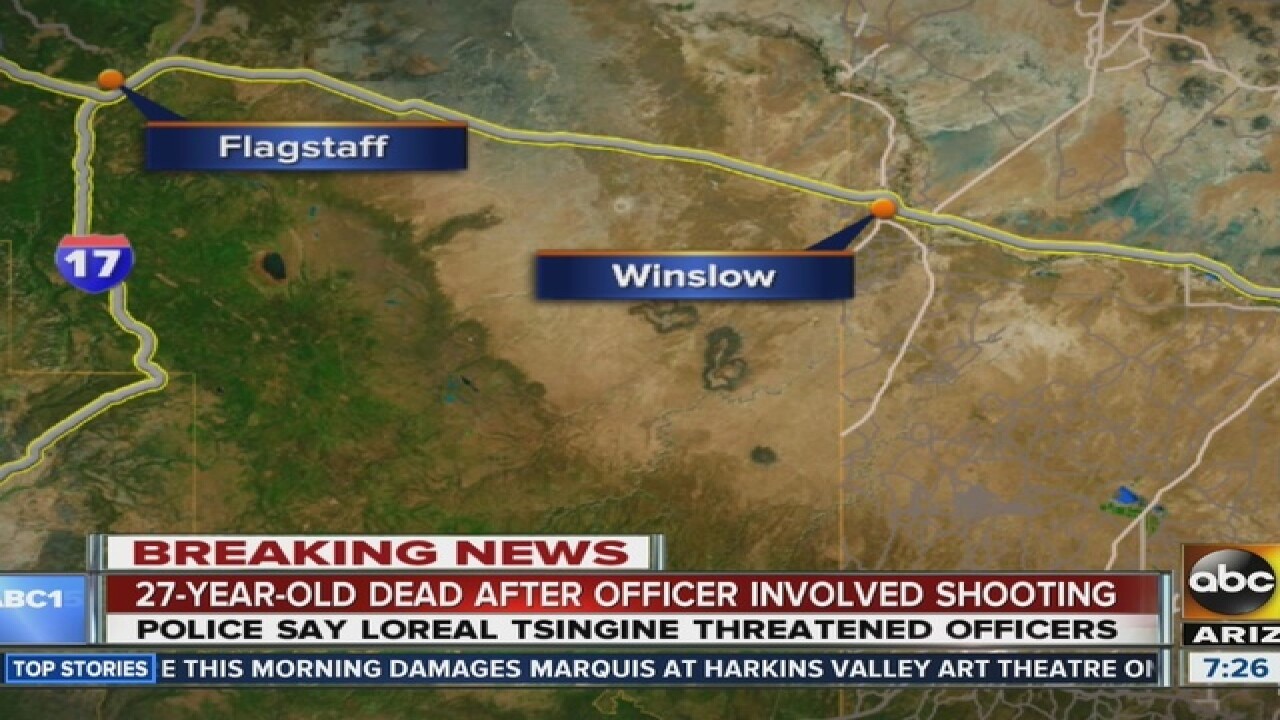 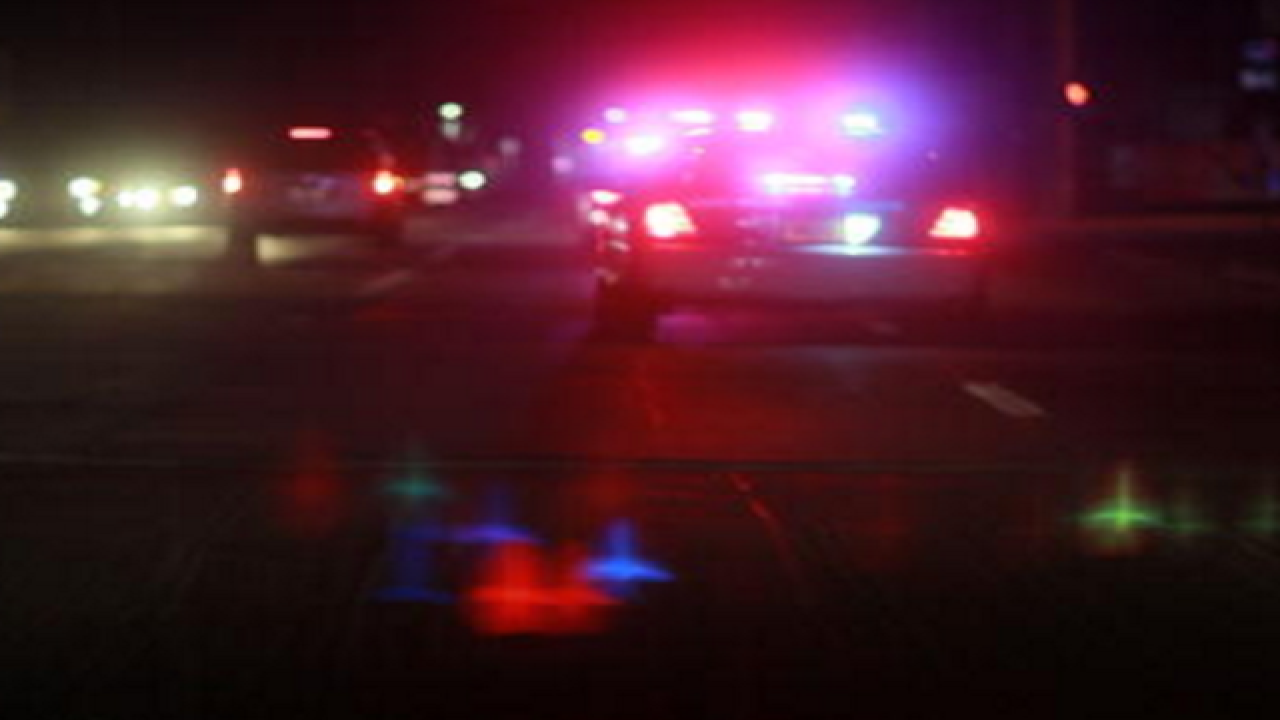 No charges will be filed against a Winslow police officer in the shooting death of a woman four months ago, authorities announced Friday.

No charges will be filed against a Winslow police officer in the shooting death of a woman four months ago, authorities announced Friday.

Maricopa County Attorney Bill Montgomery announced his office "found no evidence of criminal conduct" on the part of Officer Austin Shipley "after a careful review of the facts surrounding this case including available video evidence and witness statements."

Shipley was responding to a reported shoplifting at a Winslow convenience store and fired five shots at Loreal Tsingine, who allegedly threatened him with scissors, according to authorities.

The Arizona Department of Public Safety investigated the shooting and forwarded its findings to Montgomery's office for an independent prosecutorial review requested by the Navajo County Attorney's Office.

Winslow city manager Steve Pauken, flanked by the mayor and police chief, held a brief news conference following the decision. Pauken said there was little the city could share or comment on.

"The City of Winslow is still waiting for a copy of the actual DPS investigation report. We have also not received any evidence taken by DPS -- that includes the body camera on the officer," Pauken said.

Tsingine's family has filed a $10.5 million notice of claim against the city, saying Shipley violated her civil rights and Winslow was negligent in "hiring, training, retaining, controlling and supervising" the policeman.

The wrongful-death claim, filed July 1, is a precursor to a lawsuit and seeks $2 million for Tsingine's husband and $8.5 million for her 8-year-old daughter.

At least two officers who trained Shipley had serious concerns about his work, including that he was too quick to go for his service weapon, ignored directives from superiors and falsified reports, according to records obtained by The Associated Press in April. The records also showed that a police corporal recommended the Winslow Police Department not retain Shipley a day before his training ended in September 2013.

Lawyers for the city have declined comment on the claim, saying it's the city's policy not to talk about pending litigation.

Shipley will remain on paid administrative leave pending the outcome of an internal affairs investigation that will be conducted by the Mesa Police Department, Winslow officials said Friday.

Winslow police said they received multiple calls from a convenience store of a woman shoplifting and harassing store employees on March 27. But the suspect had already left the scene by the time officers arrived.

Officers began a search, and Shipley located the suspect walking on a street close to the store.

According to a police report, Shipley attempted to detain Tsingine, but she resisted arrest and was taken to the ground.

The officer said Tsingine swung the scissors at him, and he retreated with his gun drawn and gave multiple commands for her to stop and drop the scissors.

The police report said Tsingine didn't comply and got up and aggressively ran at Shipley with scissors in hand before he shot her. She was pronounced dead at the scene.

The shooting of the 27-year-old Navajo woman prompted calls from Navajo Nation officials for the U.S. Justice Department to investigate the treatment of American Indians who live in towns that border the reservation.

Members of the Navajo Nation Council said they were disappointed and appalled by Friday's decision.

"We demand U.S. Attorney General Loretta Lynch to conduct a federal investigation into the wrong and shameful acts of Officer Shipley," council speaker LoRenzo Bates said in a statement. "The Navajo Nation will not rest until the federal government investigates."