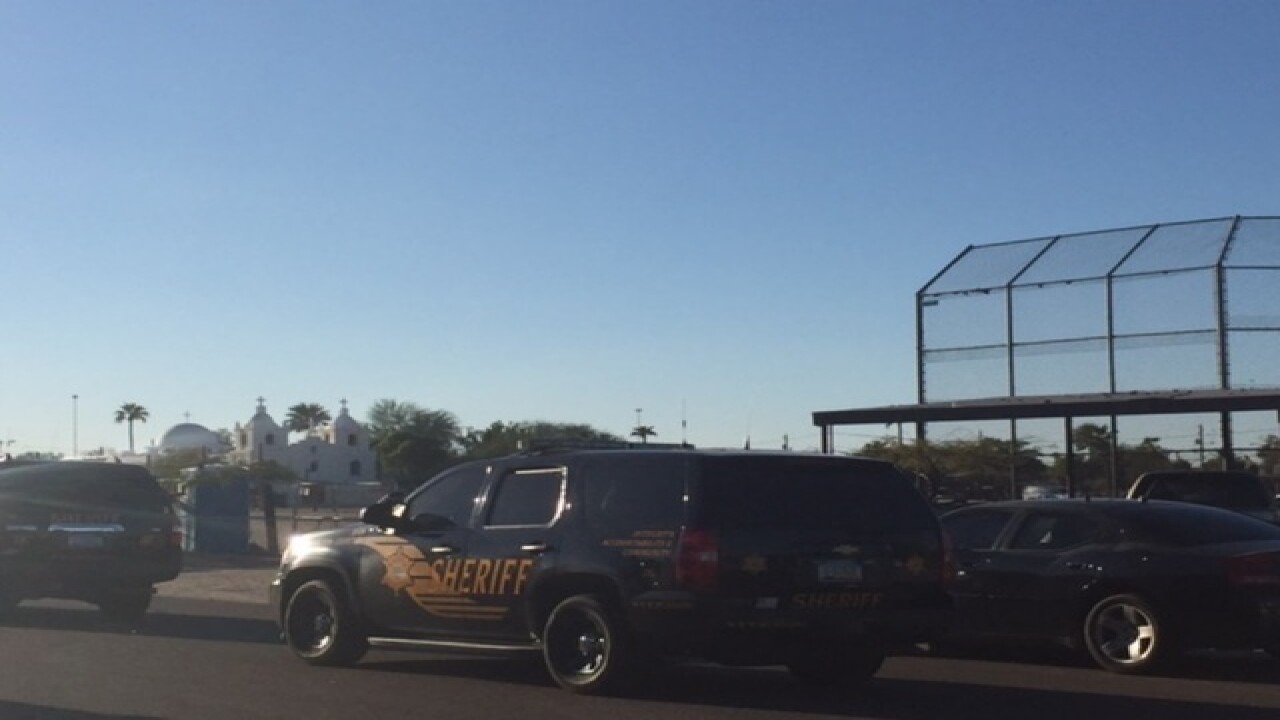 The Maricopa County Sheriff's Office is investigating a shooting in Guadalupe.

Deputies were called to Calle Iglesia and Avenida del Yaqui on Saturday afternoon.

According to MCSO, a shooting was reported at a park across the street from a church.

The incident stemmed from an altercation and it's believed to be gang-related, an MCSO spokesperson said.

No one was shot and the suspects are in custody.