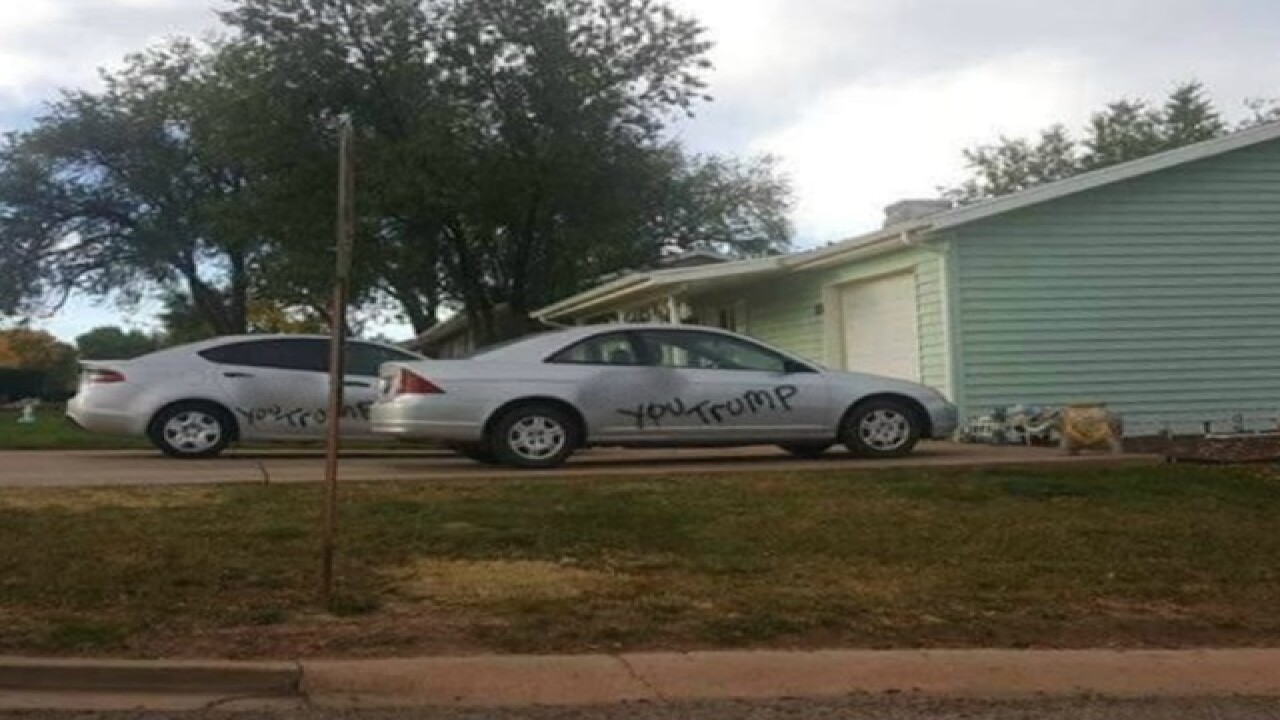 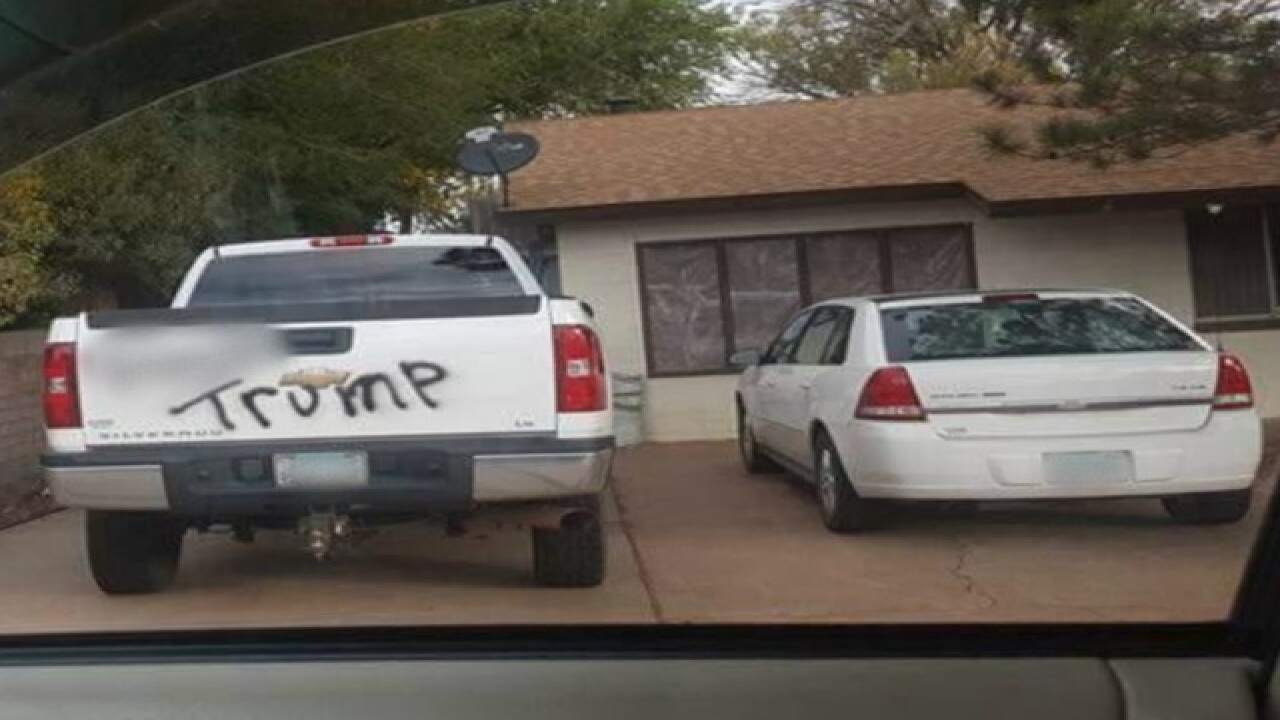 Police are investigating after a neighborhood in Snowflake was targeted by political graffiti.

The incident occurred on Halloween night (Oct. 31) in the Highland Park neighborhood.

According to the Snowflake Police Department, multiple cars, sheds, houses and fences were hit by the vandals.

Bill Young's car was vandalized during the incident.

"I just got out of bed, doorbell rang, and I went to answer it," Young said. "The police were there and they said somebody vandalized the back of my truck."

In bold, black spray paint the words "F**k you Trump" were written on the back of his truck.

"You know if they were making a political statement, they should've painted it on their own car," Young said. "I would doubt that this person (the suspect) ever voted."

So far no suspects are in custody in connection to the incidents.

Lieutenant Bobby Martin said if the suspects are arrested they could be facing felony charges based on the damage.

"At this time, I believe it's more than likely a group of juveniles...," Martin said.

Anyone with information is urged to call police.