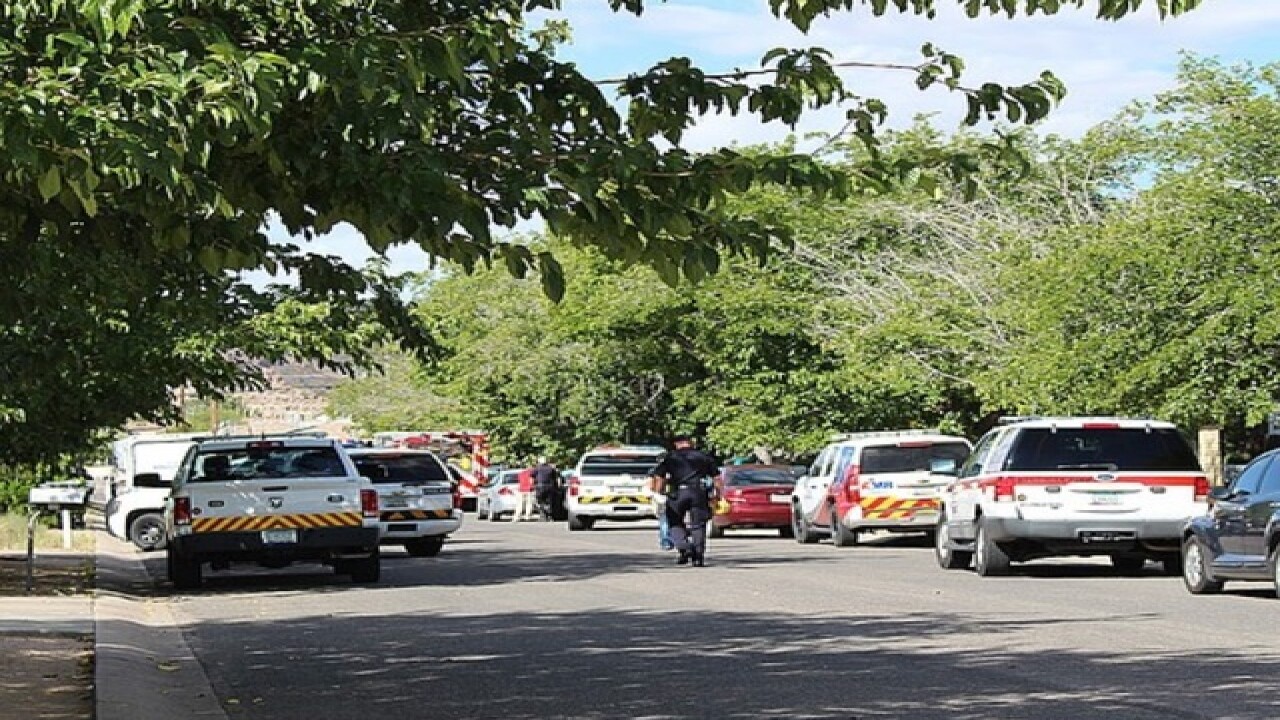 A man who allegedly opened fire on police has died after officers fired back in Kingman.

Police from the Kingman Police Department were at a home in the area executing a search warrant for stolen property.

Officials said 53-year-old Jeffrey Clair Cave, a resident of Kingman, fired a weapon at officers. One officer was struck. Police then shot the man, who was pronounced dead at the scene.

The injured officer was taken to a hospital where he underwent surgery. He is in stable condition.

The Bullhead City Police Department is investigating the shooting; it is protocol for an outside agency to investigate officer-involved shootings, officials said.