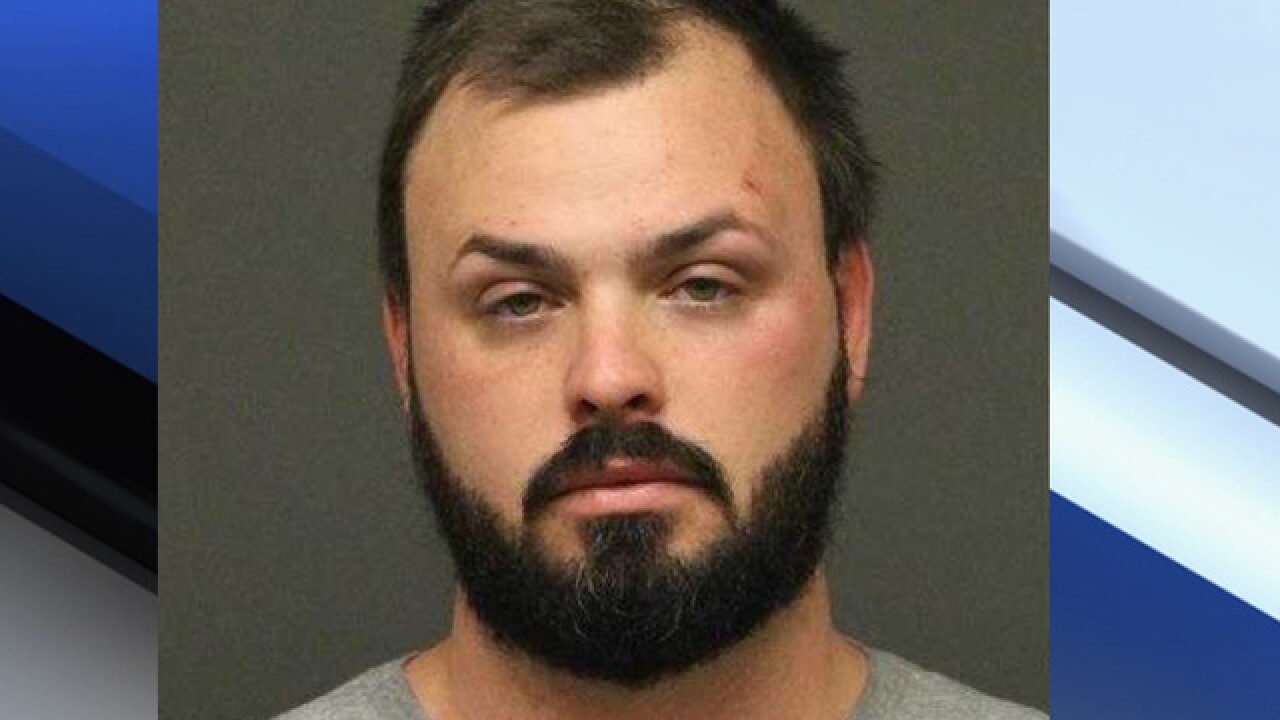 Copyright 2018 Scripps Media, Inc. All rights reserved. This material may not be published, broadcast, rewritten, or redistributed.
Kingman Police

A Kingman man was arrested Thursday night after driving his vehicle through a home, injuring his girlfriend and barely missing his baby.

According to Kingman Police Department, officers were called to a home around 9 p.m. to investigate reports of a physical fight. Officers arrived on scene to find 30-year-old Ronnie Dale Amaral in the car that had been driven into the home, trapping a 24-year-old woman underneath.

Police determined that Amaral was intoxicated at the time of the incident. He and his girlfriend were reportedly arguing when he punched a TV and threw it, damaging other property. He then exited the home with his car keys and drove the vehicle through the garage and into the kitchen.

Emergency crews were able to lift the car off of the woman and Kingman Fire officials rendered aid before she was taken to the hospital. She suffered serious arm and leg injuries, police say.

During Amaral’s arrest, he mentioned that his child was also inside the home.

Officers then found a 6-month-old baby in a crib inside a bedroom that was about eight feet away from the stopped vehicle. Fortunately, the child was not hurt.

Amaral was treated for minor injuries to his hand before being booked into Mohave County Adult Detention Facility. He was booked on multiple felony domestic violence charges.

He could also be facing DUI charges depending on the results of toxicology tests.