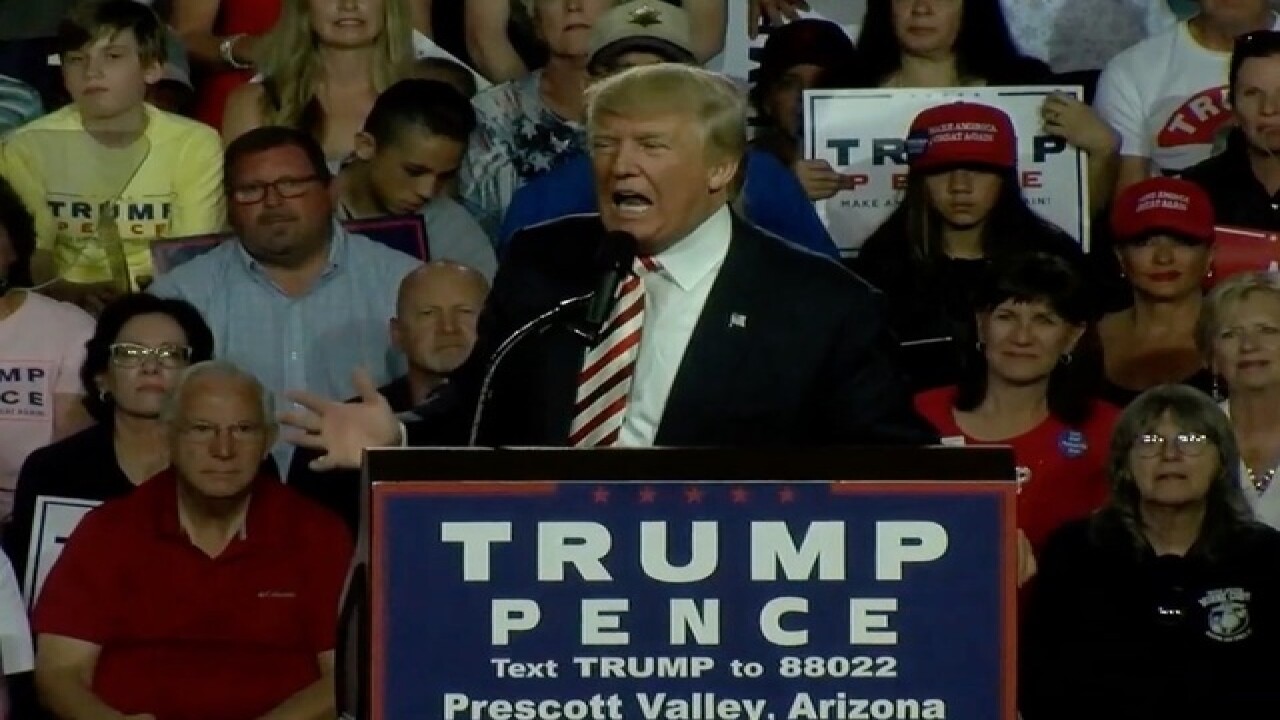 The Prescott Valley Event Center filled to its 7,000 person capacity, and several thousand people had to watch the rally on a big screen monitor outside. Before his speech, Trump stopped his motorcade and waved to crowds stuck outside the venue.

"On my first day in office, I am going to ask the Republican Congress to send me a bill to immediately repeal and replace Obamacare," Trump told the crowd, after criticizing rising insurance premiums and fewer health care plan providers in Arizona.

Trump reiterated plans to build a wall on the southern border and to make Mexico pay for it, hinting he could leverage a trade deficit. He also pledged to purge the United States of undocumented immigrants who are criminals.

"Day one - the gang members, the drug lords, they're all out," Trump said to the cheering crowd.

Trump appealed to people who feel their family incomes stagnated due to economic downturns and international trade policies.

"We're going to renegotiate NAFTA," Trump said.  "If we don't get the deal we want, we will withdraw immediately from NAFTA and start all over again."

Trump had to stop his speech twice. The first time was for a scuffle near the stage that resulted in four arrests.  The second time, he called for a medic to assist a person in the center of the crowd.

After his speech, Trump traveled to Las Vegas to watch the vice presidential debate at his hotel with friends and family.