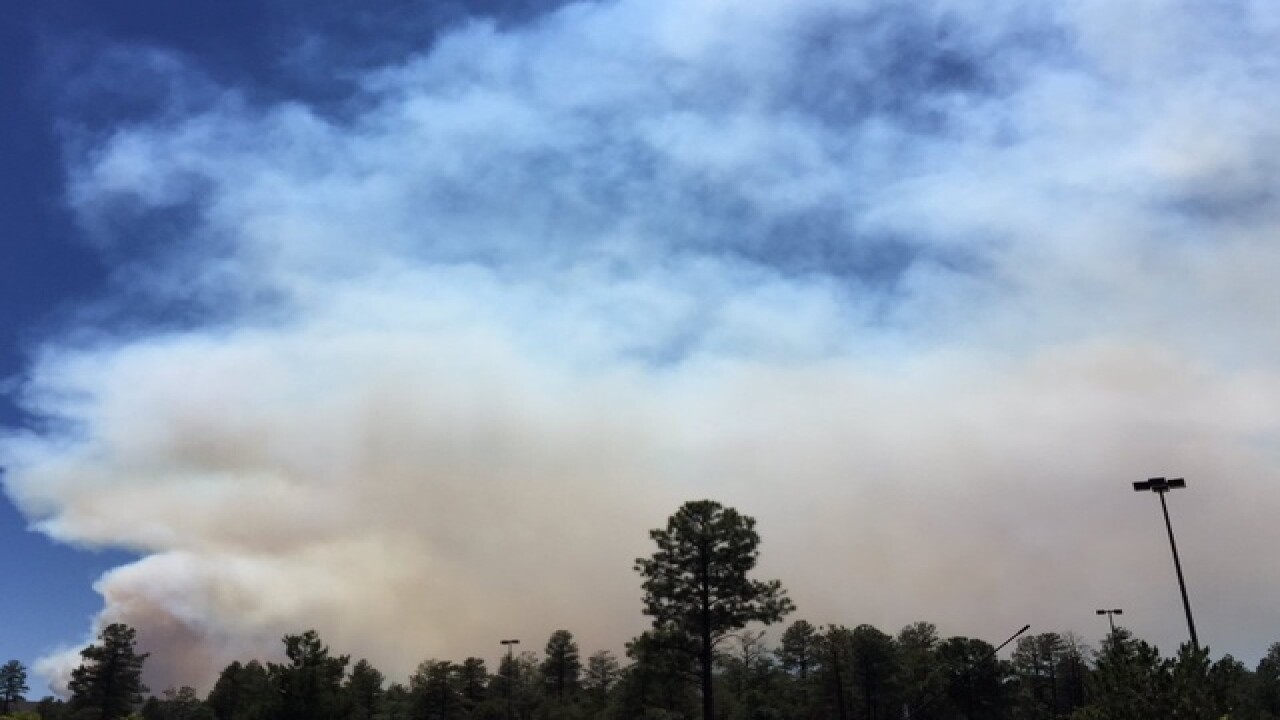 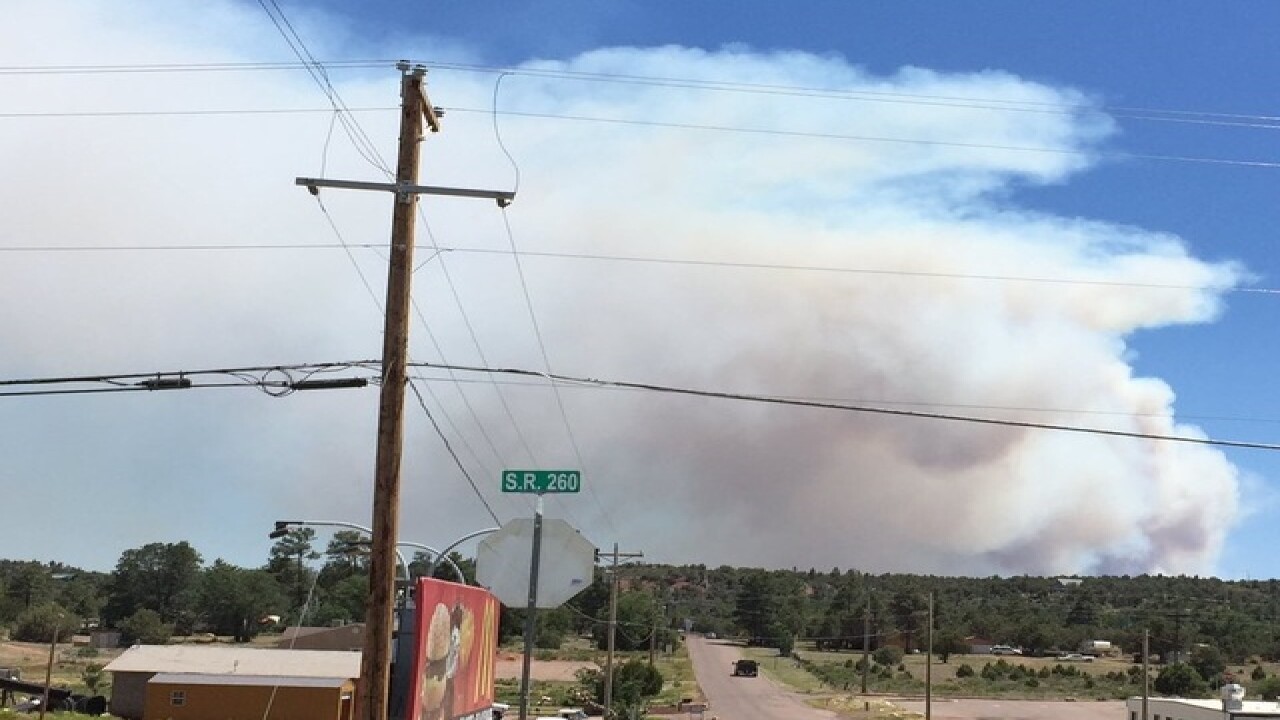 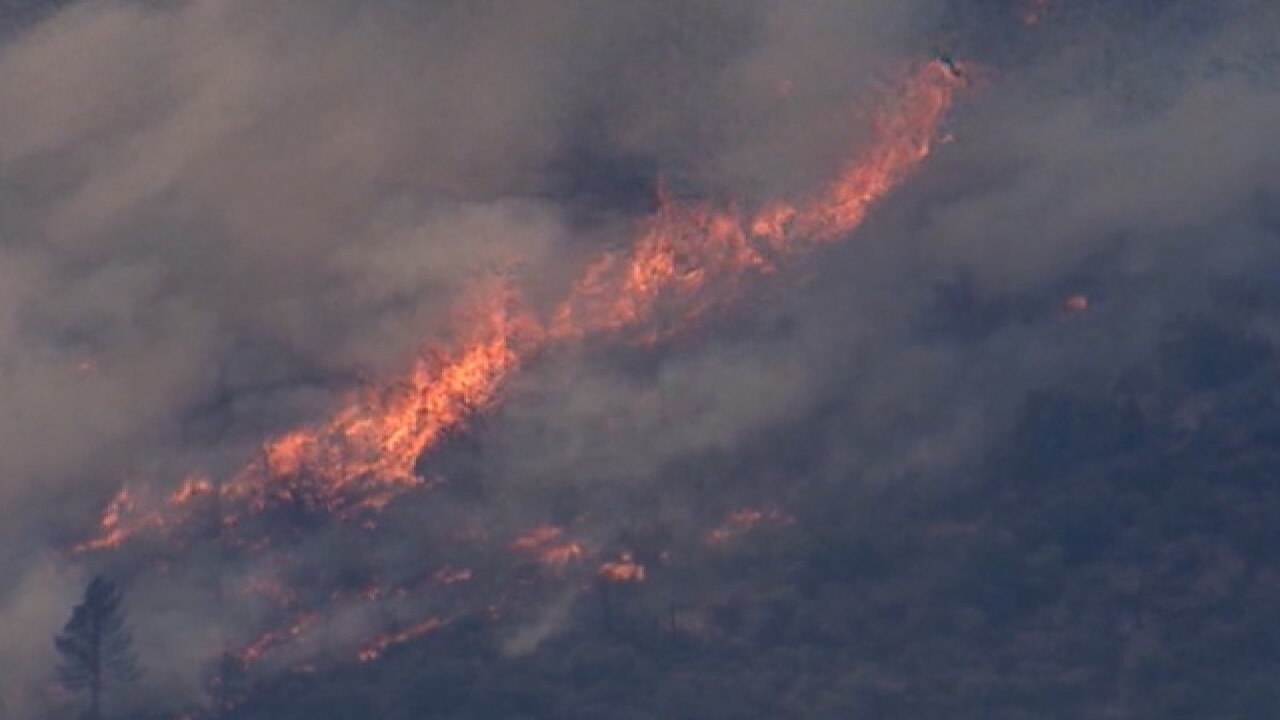 A new wildfire has sparked in northern Arizona Wednesday, forcing the closure of US 60 and sending ash out over the Show Low area.

The Bureau of Indian Affairs said the Cedar Creek Fire was estimated at around 3,000 acres as of 8 p.m. Wednesday.

Officials said both directions of US 60 have been shut down from mile post 318 to 337.

Evacuations have been issued for Forestdale, and a pre-evacuation notice has been issued for Show Low, Pinetop-Lakeside, Fort Apache and Hon-Dah, according to Navajo County spokesman Adam Wolfe.

***UPDATE***
Forestdale is being evacuated to the Snowflake Jr. High School.

The #CedarCreekFire has grown to over 2500 acres in just a few hours. Hwy 60 is closed south of #ShowLow. #abc15 pic.twitter.com/xYu7iSf57g

The Red Cross has opened Snowflake High School, located at N. 2nd Street West, for evacuees. They are providing food, water and a safe place to stay.

Many nearby residents lined up at the gas stations Wednesday to refuel, gather supplies and take in the view.

"It’s huge, I've never seen a fire up here like this," resident Ryan Davis said. “In Pinetop, it's clear, then we drove underneath it and it got all dark and then you could smell it -- it smelled like a camp fire."

Janice Elmore lives in town and says the air quality forced her children out and she's started packing her valuables just in case they get the order to leave.

"When it started and the wind was really bad, it was raining ash. Like, it was falling out of the sky," Elmore said. “It's pretty scary, but we love it up here so we want to stay as long as we can."

Many residents said the thought of having to evacuate is terrifying.

"Right now, I am scared to death," Patria Leone said. "I am just going to try to soak everything [in the backyard] as much as I can."

RELATED: An ominous outlook for the 2016 wildfire season

Gov. Doug Ducey released a statement which read in part:

"This area has experienced severe wildfires before, so the state is on high alert given the additional risks posed by current weather conditions. Whether it's resources, support or backup, we stand at the ready to provide fire officials and our brave and talented first responders with all they need to safeguard Arizonans from this fire."

Details are developing. Stay with abc15.com for updates.