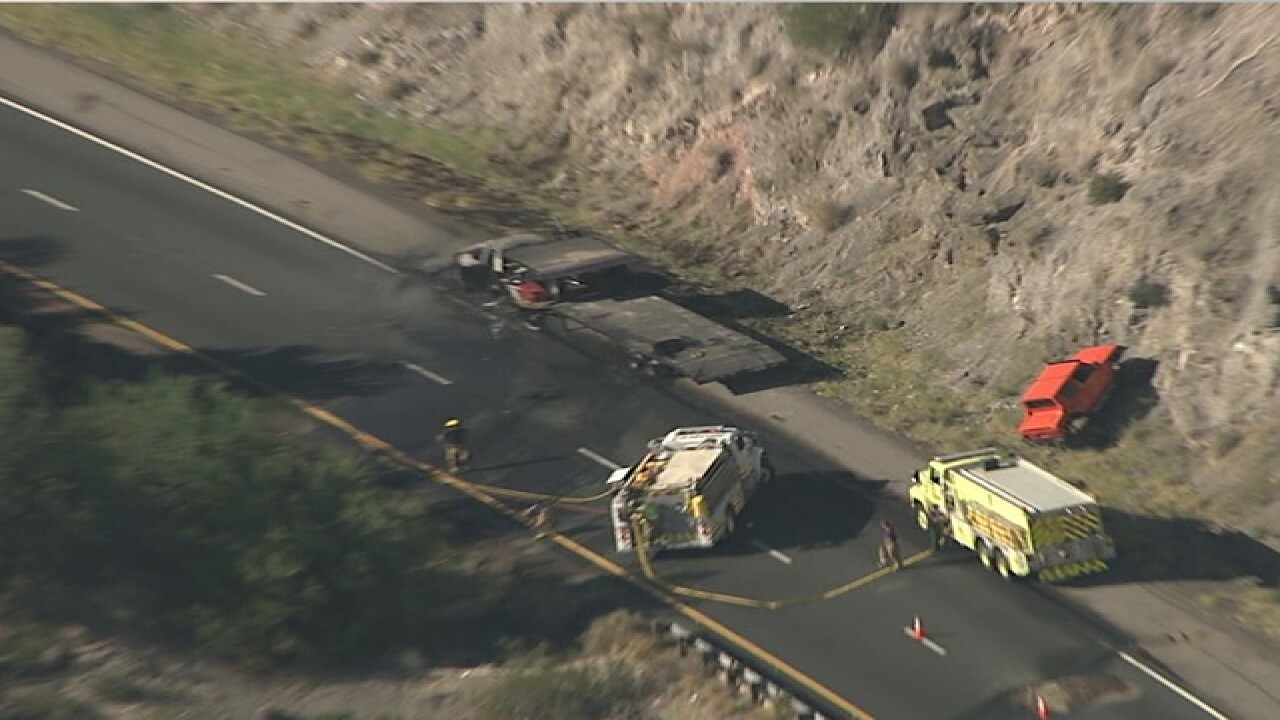 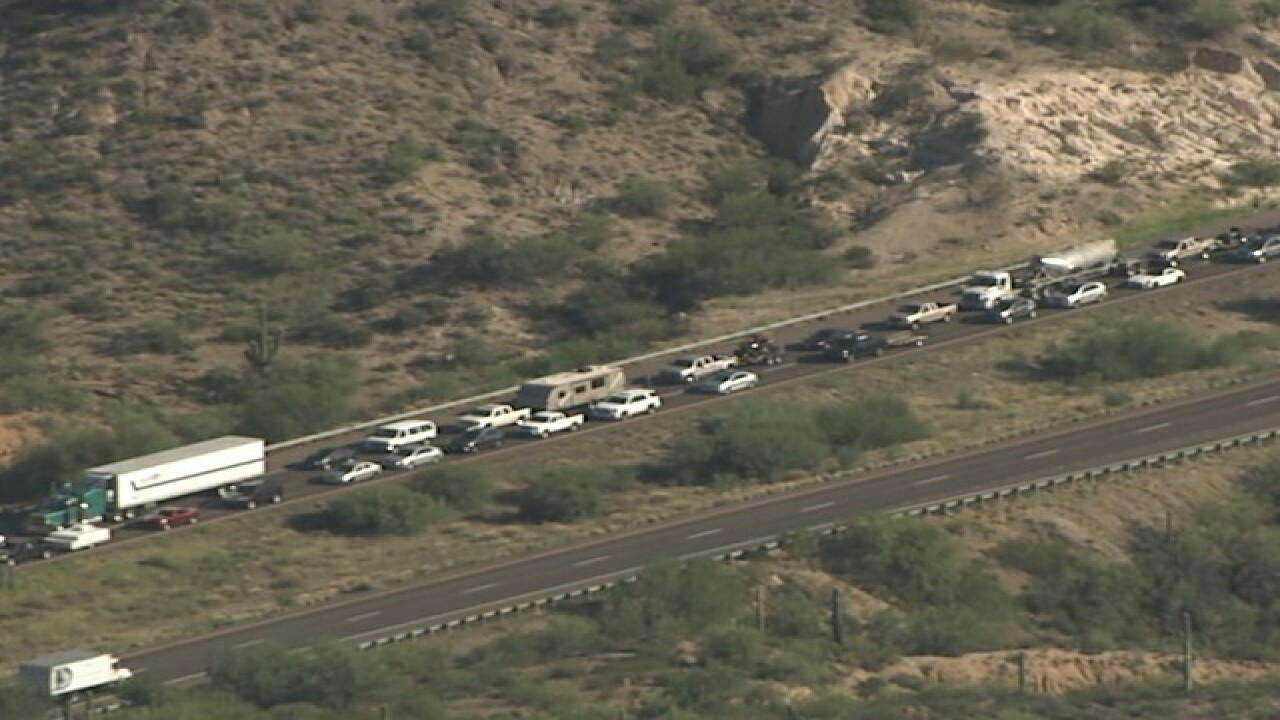 Northbound Interstate 17 in Black Canyon City is reopened after a brush fire Friday afternoon led to the highway being closed.

N/B I-17. Fire is out but clean up is on going. #DPSNEWS pic.twitter.com/YfApkfqhbY

Motorists on northbound I-I7 were turned around at Coldwater Road in Black Canyon City until the interstate reopened just after 5 p.m. Traffic was backed up for 18 miles for several hours overnight but have since cleared.

Department of Public Safety officials say the fire is out, but the clean up is ongoing.

Air15 video showed a semi-truck that caught fire that may have sparked the blaze.

Traffic at a standstill on NB I-17 at Black Canyon City due to brush fire. @ArizonaDOT pic.twitter.com/CN0TveqPjS