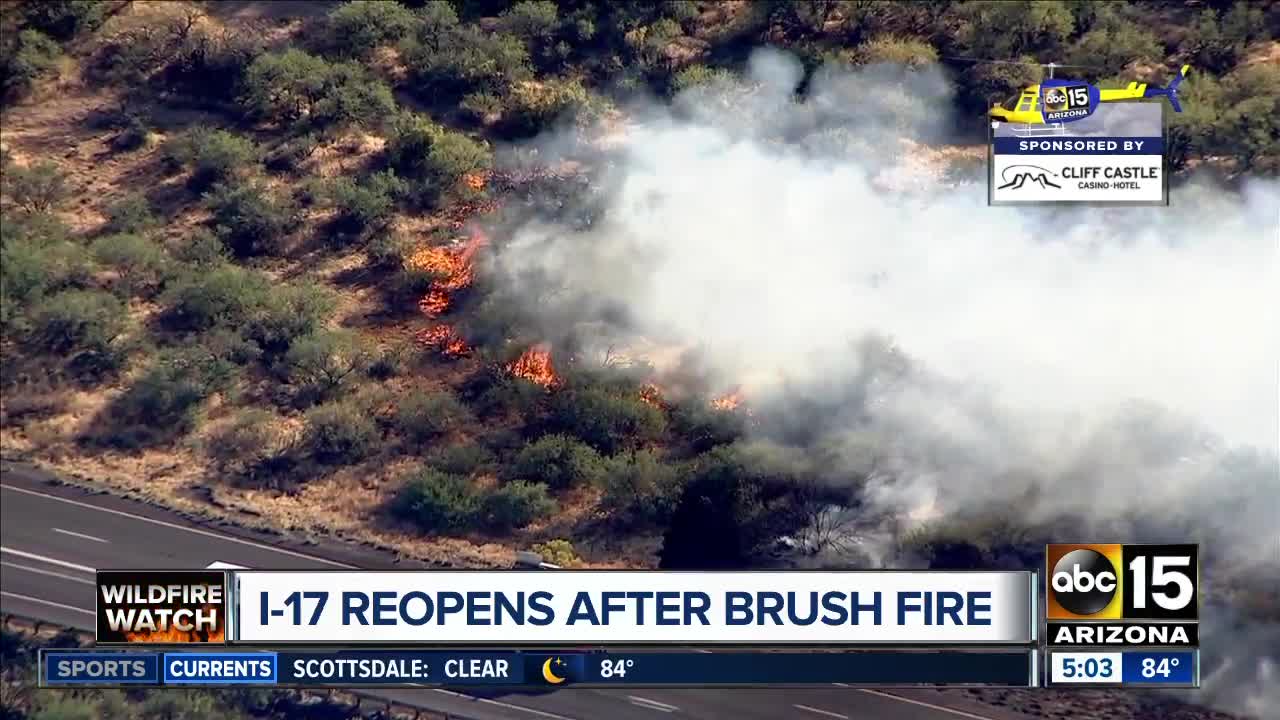 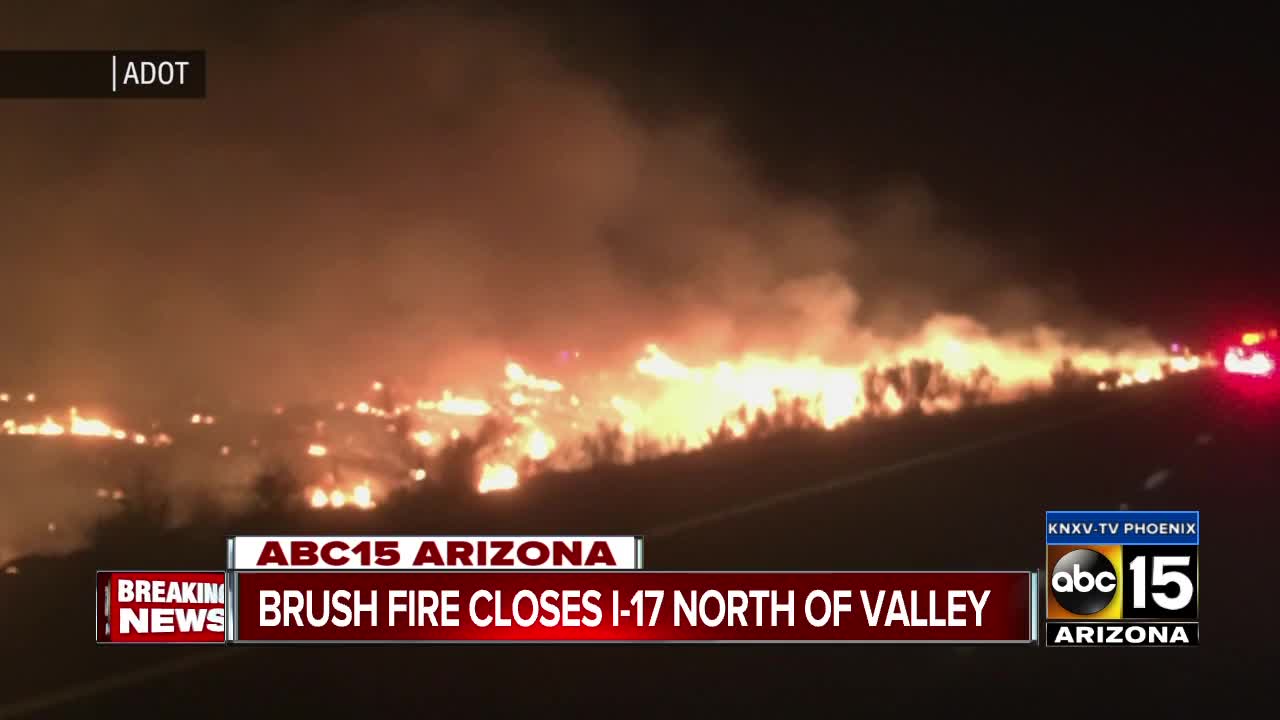 The 349-acre Black Mesa Fire near Sunset Point forced the closure of a section of Interstate 17 in both directions.

Bureau of Land Management officials say the fire is about 350 acres, but they do not yet have information on containment.

The Sunset Point area is about 10 miles north of Black Canyon City. Interstate 17 is the main route between Phoenix and Flagstaff.

UPDATE: I-17 SB is now closed at SR 69. All traffic must exit onto SR 69. NB I-17 still closed at Badger Springs Road. There is no estimated time to reopen the highway. Drivers should delay travel or use alternate routes. #aztraffic pic.twitter.com/hiXYV6GLU2

PHD-#BlackMesaFire I-17 near the Badger Springs road. Resources on scene. Fire is 200+ acres. It initiated in the median and is burning E. I-17 currently closed in both directions. Seek alternate routes. I-17 Closure updates = @ArizonaDOT https://t.co/ujtem9fKDu #AZFire

This is the second fire to start Wednesday afternoon. The New River Fire ignited north of the Valley near New River and Saddle Mountain roads around 2 p.m.