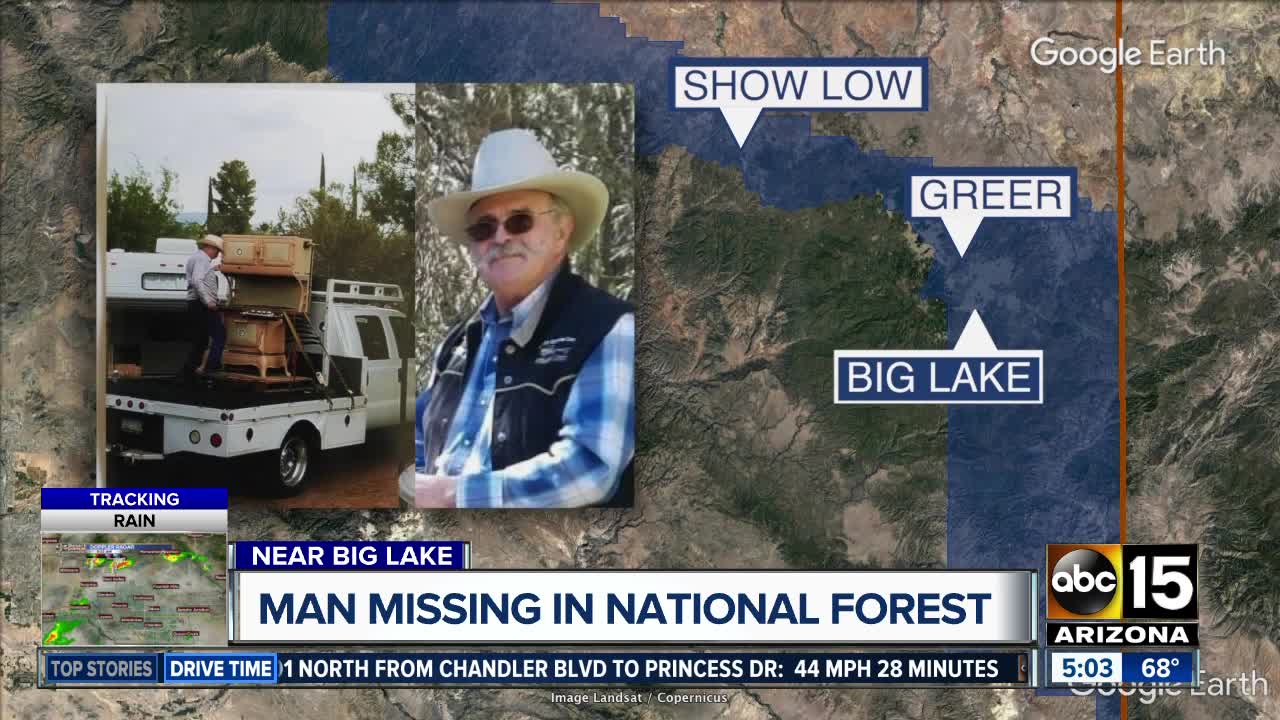 Officials are looking for a man believed to be near the Big Lake area.

Greg Foster, 60, was reported missing Tuesday morning after he didn't return from wood cutting on Monday.

Apache County Sheriff's Office says Foster was found dead on Wednesday afternoon following an extensive search by multiple groups. He had been reportedly killed by a falling tree that he had cut.

Officials do not believe foul play played a part in his death and it appears to be an accident.