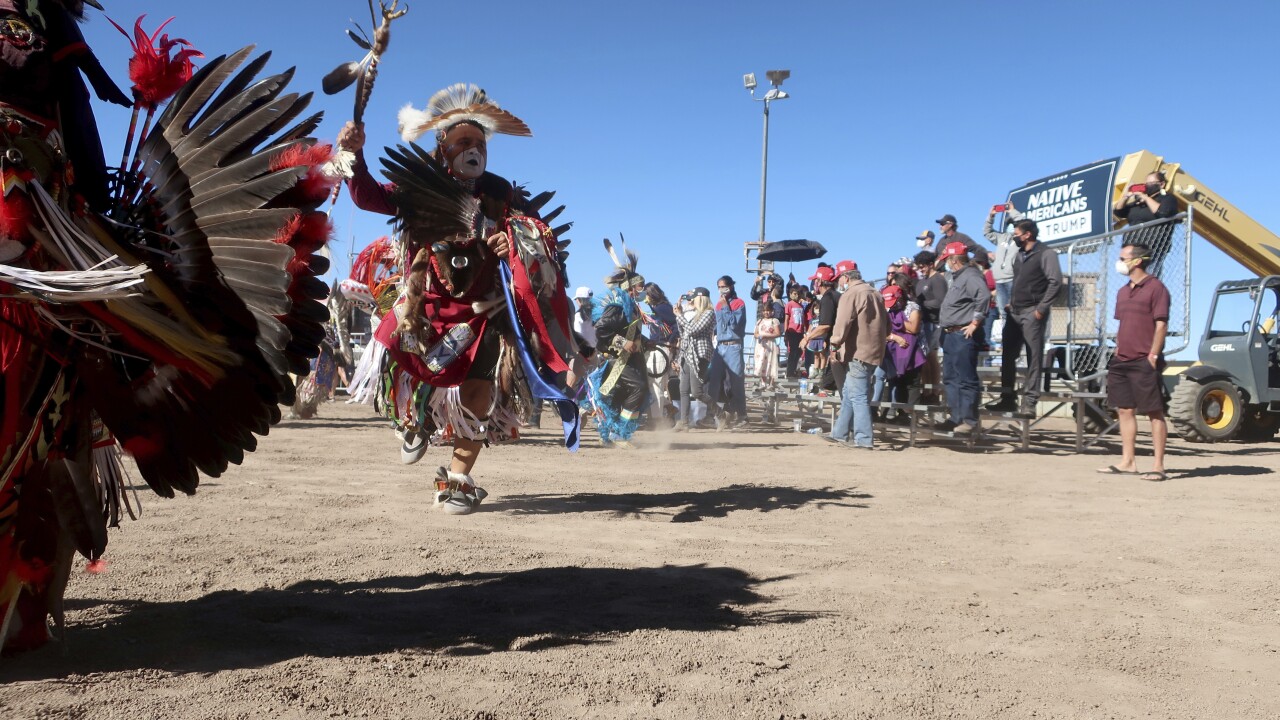 Myron Lizer argues that Native American values of hard work, family and ranching align more with the GOP than with Democrats.

It's difficult to say how most tribal members vote because the majority do not live on reservations and county lines don't align with tribal voters.

Historically, Native Americans have been considered the Democratic Party's constituency.