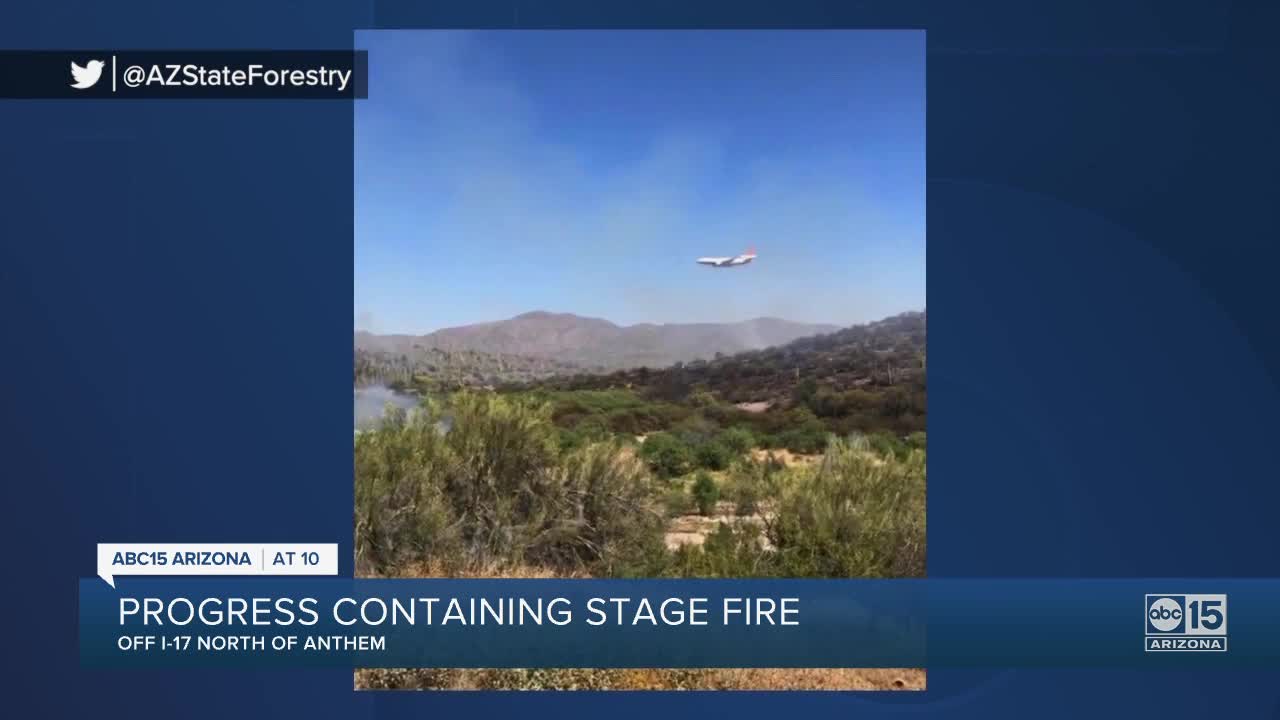 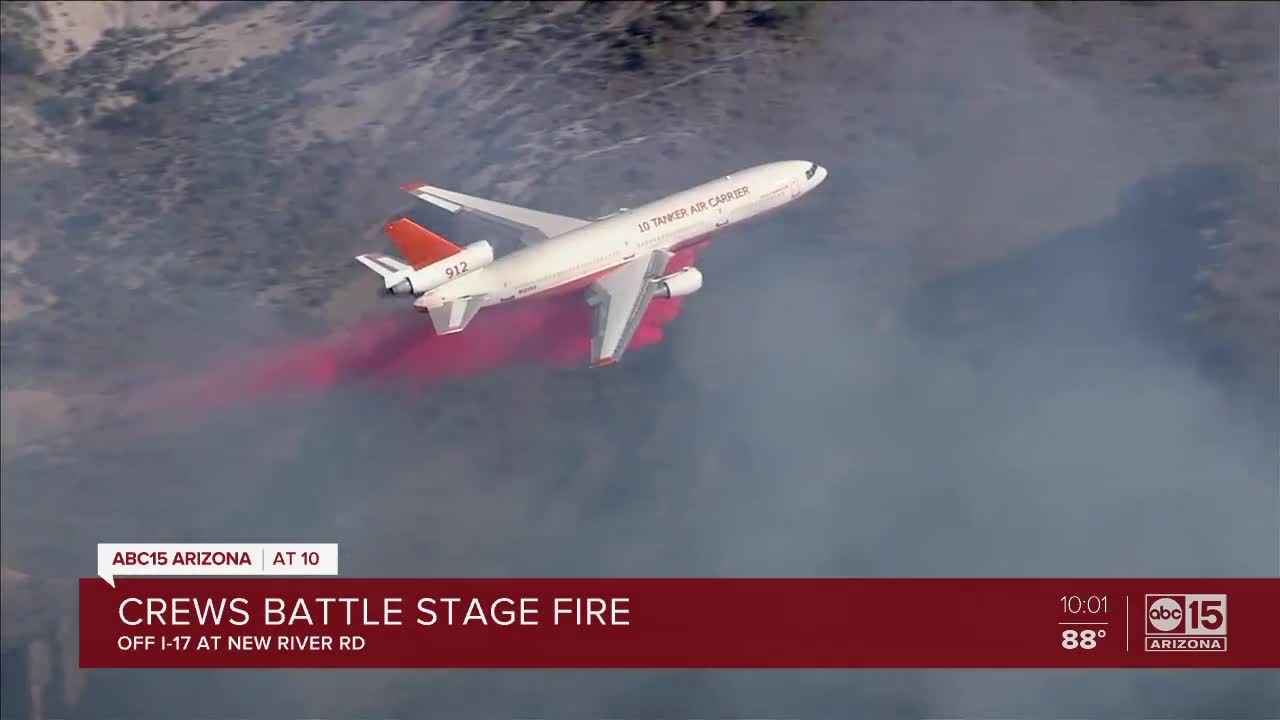 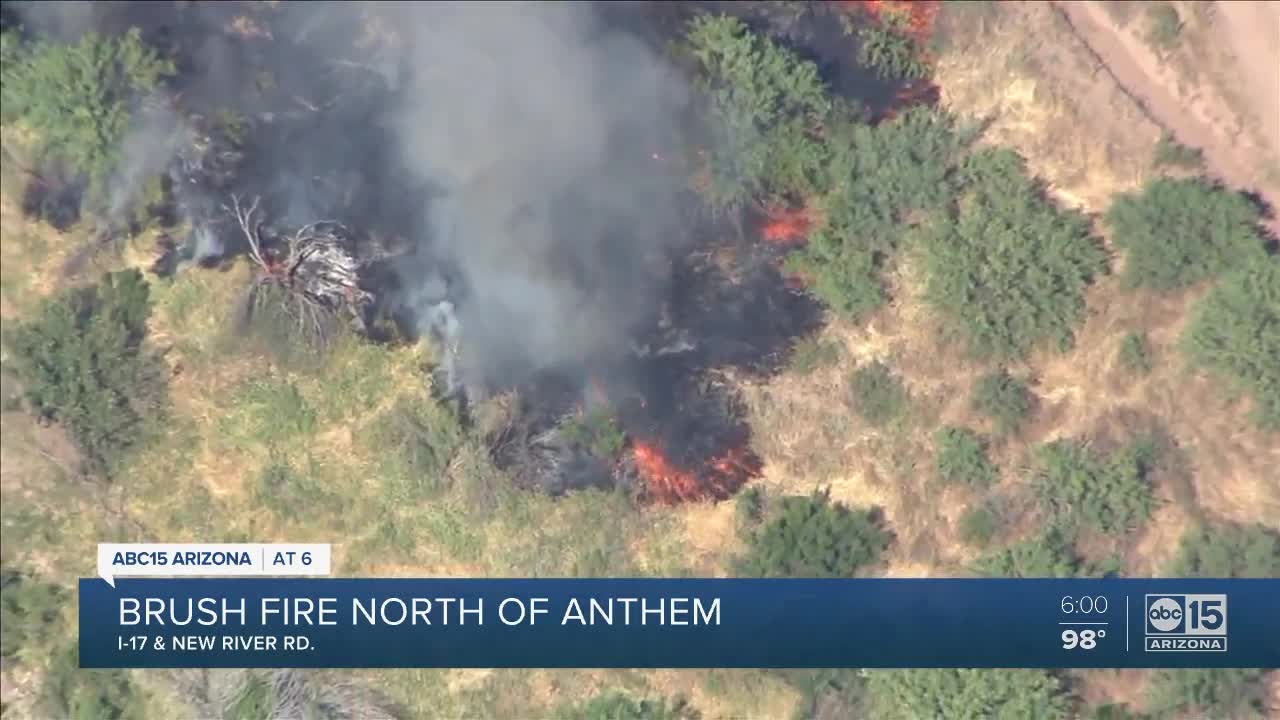 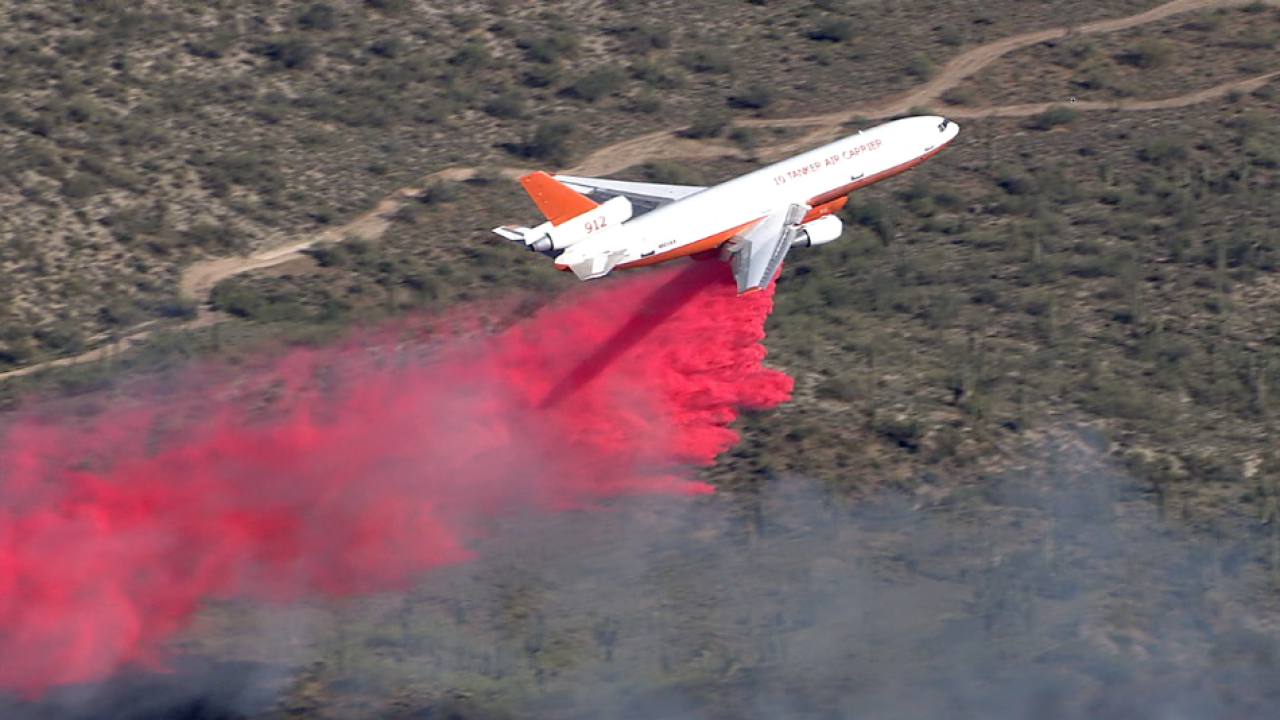 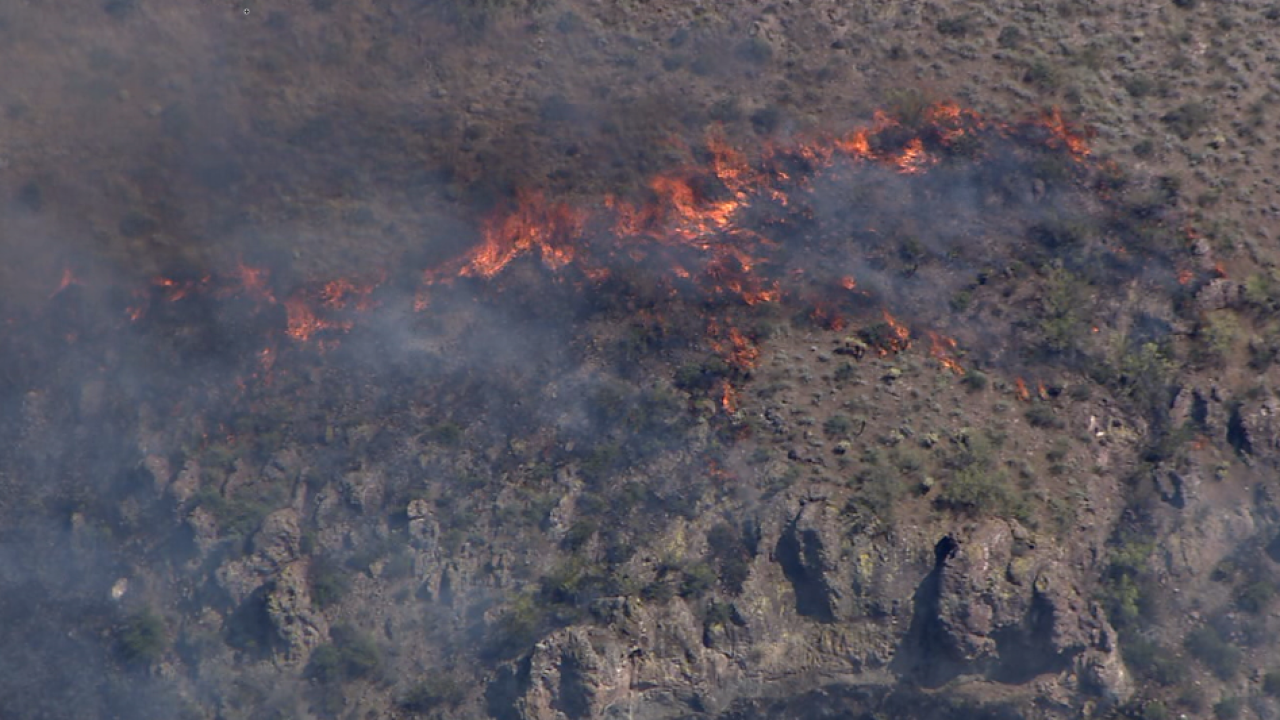 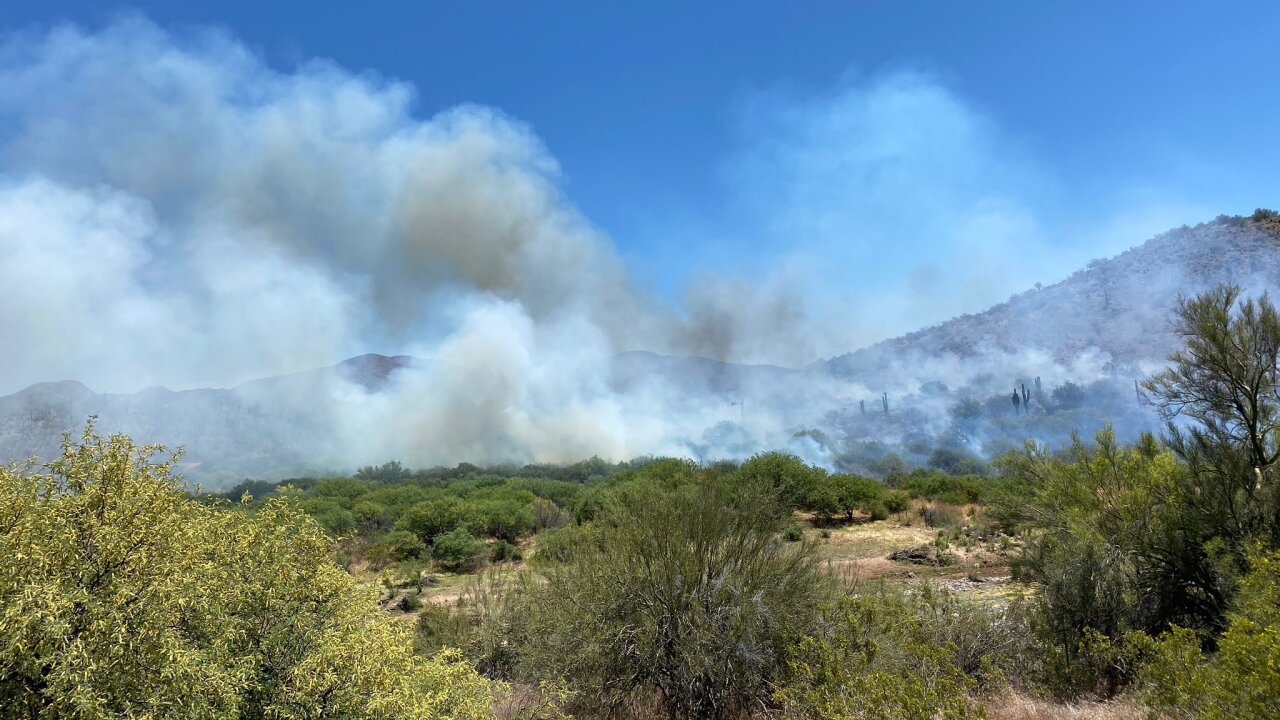 NEW RIVER, AZ — The "Stage Fire" in New River is now 90 percent contained as of Sunday night. It remains at 259 acres burned.

The #StageFire near #NewRiver is now 90% contained. The 259-acre fire started Saturday pm. Another reminder that fuels are dry & temps are heating up. One spark is all it takes. Please be safe, use caution, & create defensible space around your property. #AZFire #AZForestry

Officials said an off-duty Daisy Mountain firefighter first saw the smoke in the area and called it in around 12 p.m.

Crews built a fire line on the south side to stop it from reaching a few homes nearby.

Fire officials said air operations were used to make drops on the fire and a unified command was set up.

The fire burned in a thick wash area that hasn't seen any fire activity in over five years. Winds were reportedly high in the area, causing more of an issue, officials said.

Watch video from the scene below.