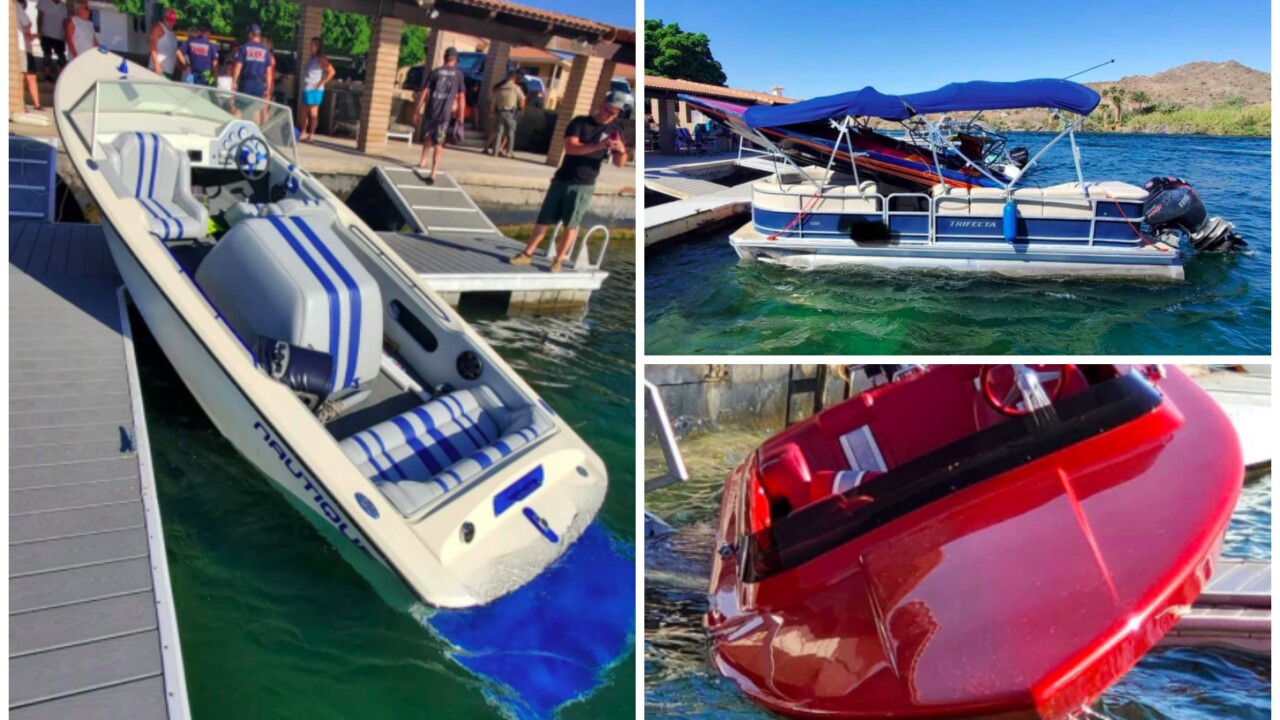 The department posted the first incident on Saturday morning, showing one boat on top of another along the Colorado River. Officials say a boater lost control and launched onto a docked pontoon boat. No injuries were reported during the incident.

"It should be noted that the investigation is complete and alcohol was not a factor. It’s also helpful to understand that mistakes/accidents happen...," officials said on Facebook.

Hours later, officials posted a second boat in the same docking area that was partially sitting on top of the dock.

On Sunday, a third boat was seen on top of the dock.

Officials say out of these three incidents, two were suspected of impairment and one person was seriously injured. That person was airlifted to a Phoenix hospital for treatment.

The sheriff’s department says with a good portion of California still shut down due to the pandemic, the area saw a higher number of “weekenders” than normal. The number of people on the Colorado River rivaled Memorial Day and Labor Day numbers, the department says.

Officials noted multiple infractions and other minor accidents throughout the weekend.