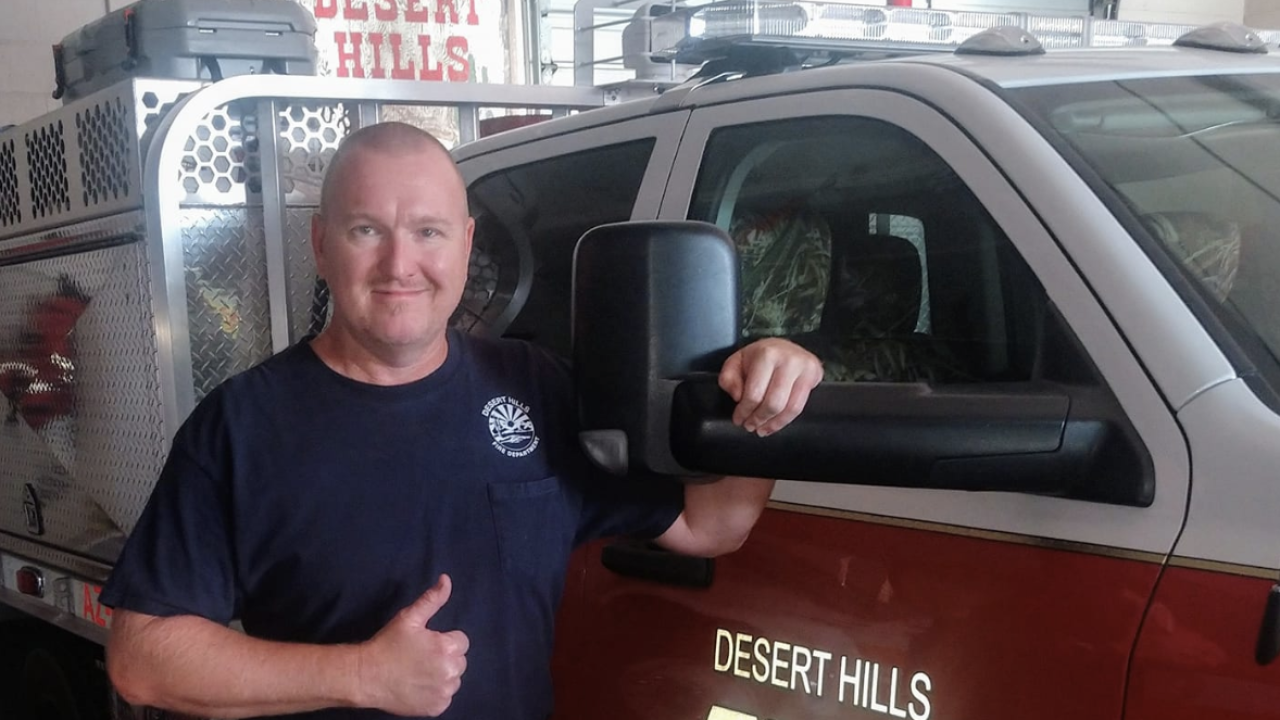 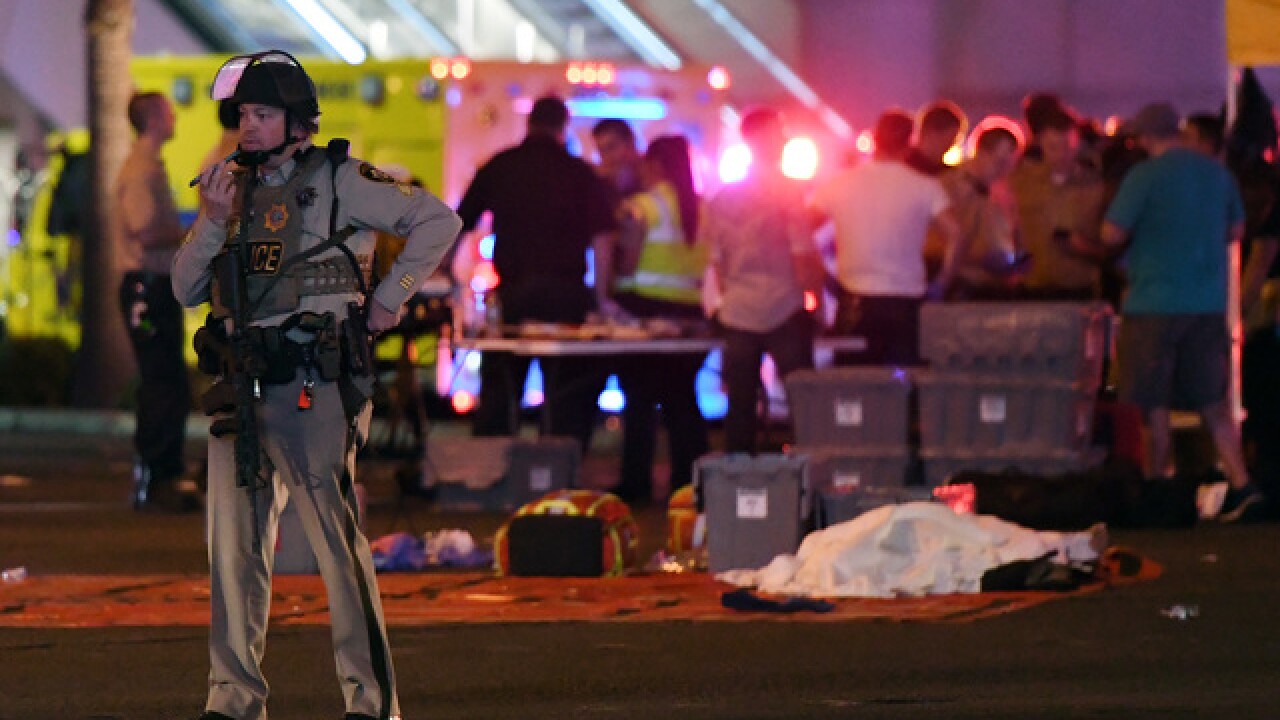 An Arizona firefighter has returned to work nearly two years after he was wounded in the deadliest mass shooting in modern U.S. history.

Today's News-Herald reported Saturday that Kurt Fowler of Lake Havasu City was shot in the leg while protecting his wife during the October 2017 shooting on the Las Vegas Strip.

The shooting at an open-air music festival left 58 people dead and more than 850 injured.

His wife, Trina Fowler, says they were not sure if he would be able to walk again, but now they're working on being to hike and camp as a family again.

The Desert Hills Fire District firefighter says only the physical part of the healing process has closed, but the "continued emotional journey will last a long time."