Yup, it snowed in Flagstaff on the first day of fall, per National Weather Service 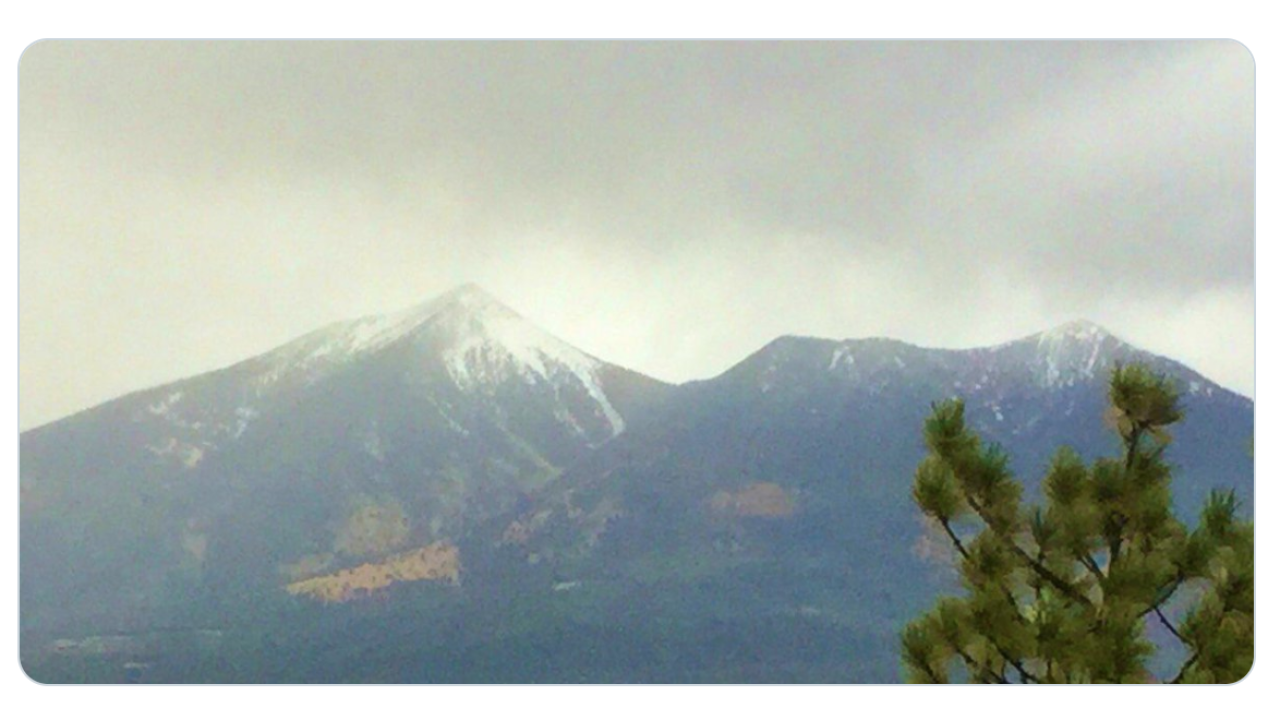 FLAGSTAFF, AZ — The first day of fall in Arizona brought with it a buffet of weather: rain, wind, a tornado, and even snow!

LIVE UPDATES: Are more storms on the way for the Valley?
RAINFALL TOTALS: How much rain fell near you?

And in Flagstaff, snow fell on the San Francisco Peaks, according to the National Weather Service in Flagstaff, and at Arizona Snowbowl.

"Yes, it did snow on the San Francisco Peaks this afternoon!" according to a tweet from NWS Flagstaff. "Our best estimate is that snow and graupel fell down to 11000-11500 feet and probably got several inches deep at the highest elevations."

4 PM (MST) - Yes, it did snow on the San Francisco Peaks this afternoon! Our best estimate is that snow and graupel fell down to 11000-11500 feet and probably got several inches deep at the highest elevations. #azwx pic.twitter.com/yNHNuw59D6

In a blog post on Monday afternoon, Arizona Snowbowl, the Flagstaff ski mountain, said it received three-fourths of an inch of snow at 11,500 feet.

"Today is the first official day of fall, but it might as well have been the first day of winter at the top of the mountain—our lift ops team rode to the top of Agassiz chairlift this afternoon at 4pm and reported 3/4″ of snow at 11,500′," the ski resort wrote.

Arizona Snowbowl is scheduled to open for the season on Nov. 22.