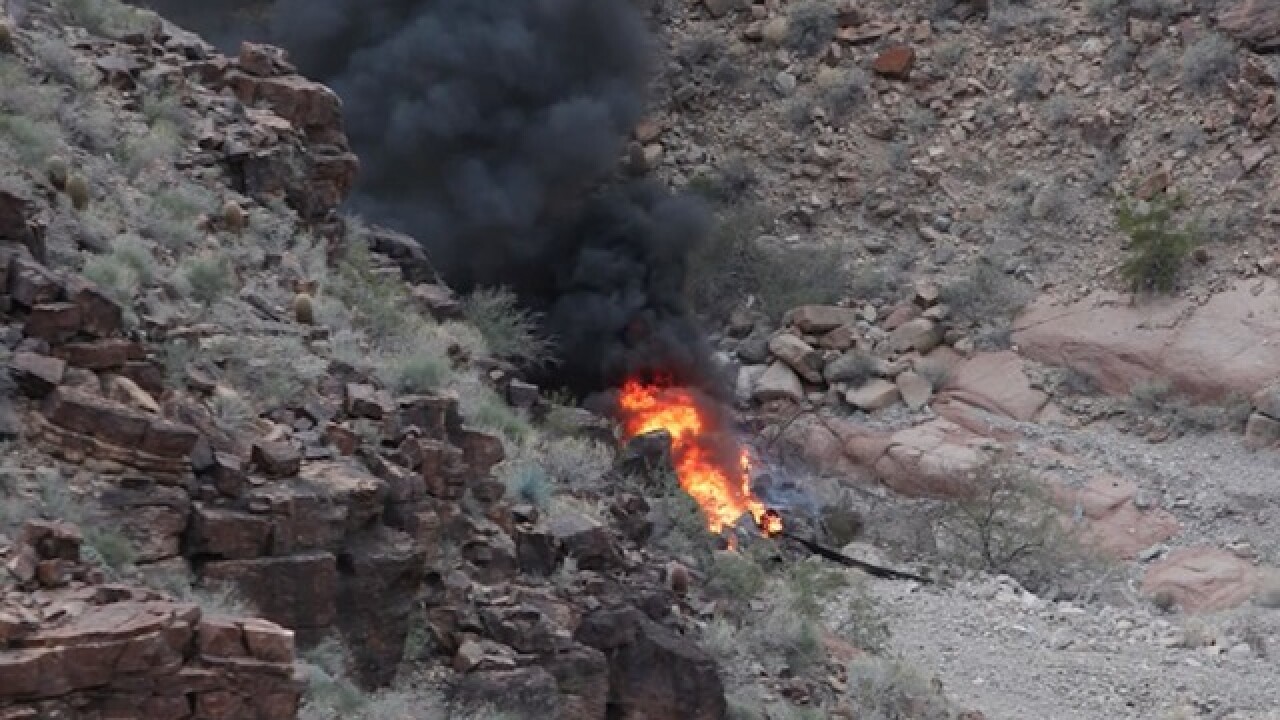 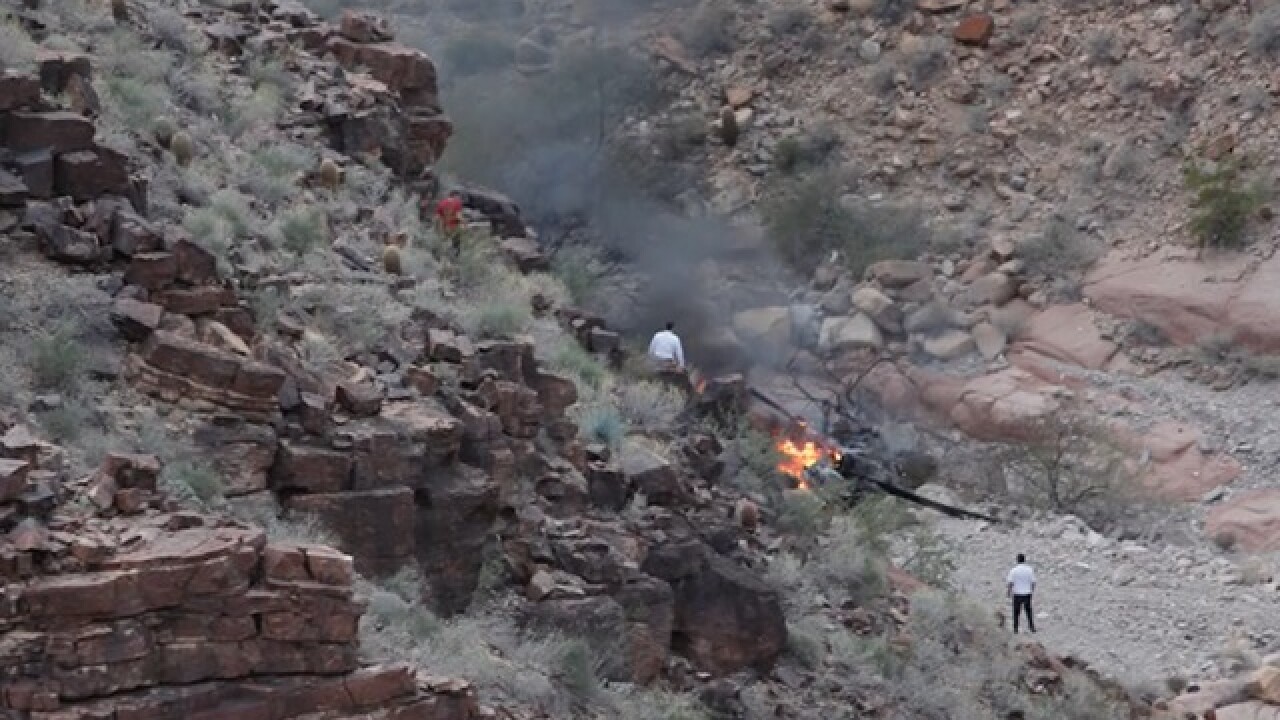 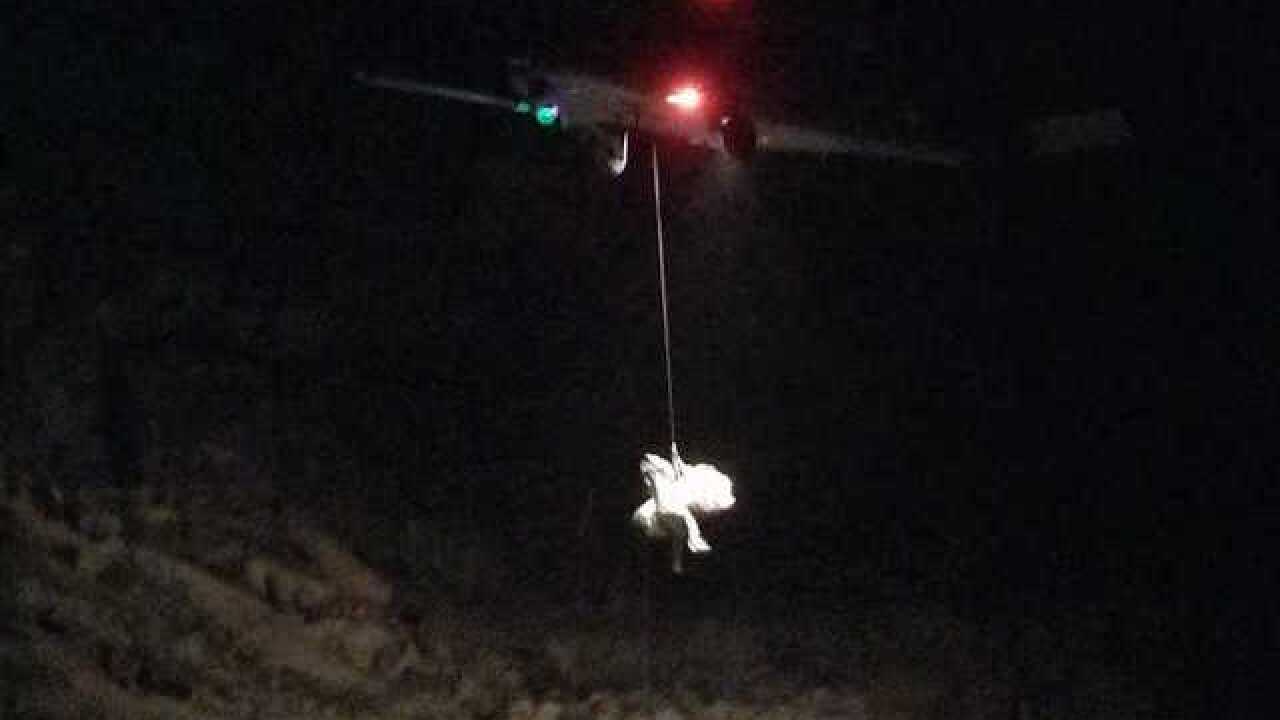 Four people have been transported to a Las Vegas hospital following a deadly helicopter crash in the Grand Canyon on Saturday evening, according to Chief Francis E. Bradley of the Hualapai Nation Police Department.

At 5:20 p.m., a Papillon Airways EC-130 helicopter carrying a pilot and six passengers crashed near Quartermaster Canyon on the Hualapai Nation, Bradley said in a news release.

Three passengers who died in the crash were identified by authorities as 27-year-old Becky Dobson, 32-year-old Jason Hill and 30-year-old Stuart Hill.

Bradley said the four survivors were airlifted from the scene around 2 a.m. Sunday to a Las Vegas hospital.

The survivors were listed in critical condition and have been identified as 42-year-old Scott Booth, 29-year-old Ellie Milward, 32-year-old Jonathan Udall and 39-year-old Jennifer Barham.

According to Bradley, rescue efforts were hindered by high winds, darkness and extremely rugged terrain where the crash is located.

Sergeant Les Tarkowski, with the Mohave County Sheriff's Office Search and Rescue Team, says his team has extensive experience with the terrain where the crash happened.

“That’s one of the reasons they called us. We’d been up there a few times for rescues and because of the terrain we had rope people – we had rope teams that can navigate the rugged terrain,” said Sgt. Tarkowski.

The FAA and the National Transportation Safety Board will be investigating.