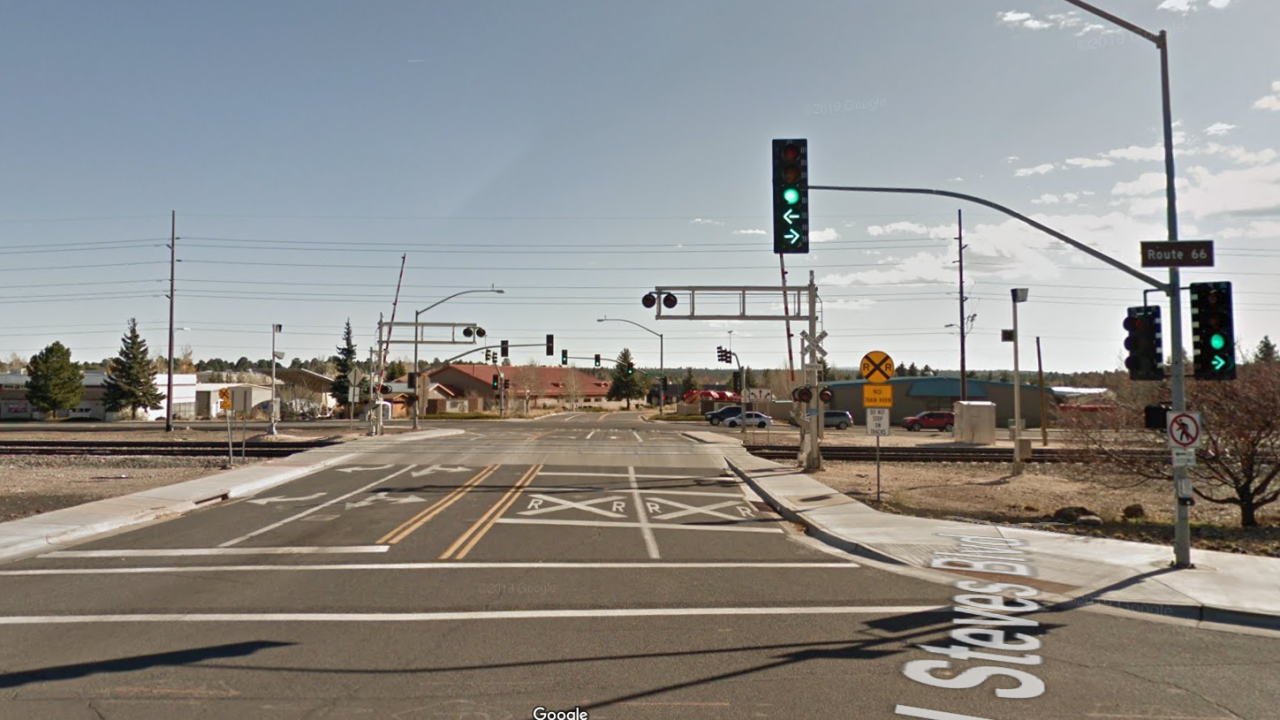 FLAGSTAFF, AZ — A person has died after getting struck by a train in Flagstaff.

Officials with the Flagstaff Police Department say around 10:00 p.m. Saturday, they received a call from BNSF Railway Co. regarding a pedestrian being struck westbound near Steves Boulevard and Route 66.

The train came to a stop near the Fourth Street overpass.

The pedestrian was located and pronounced dead at the scene. Their identity hasn't been released.

Investigators are looking into the cause as well as factors associated with the pedestrian's condition.