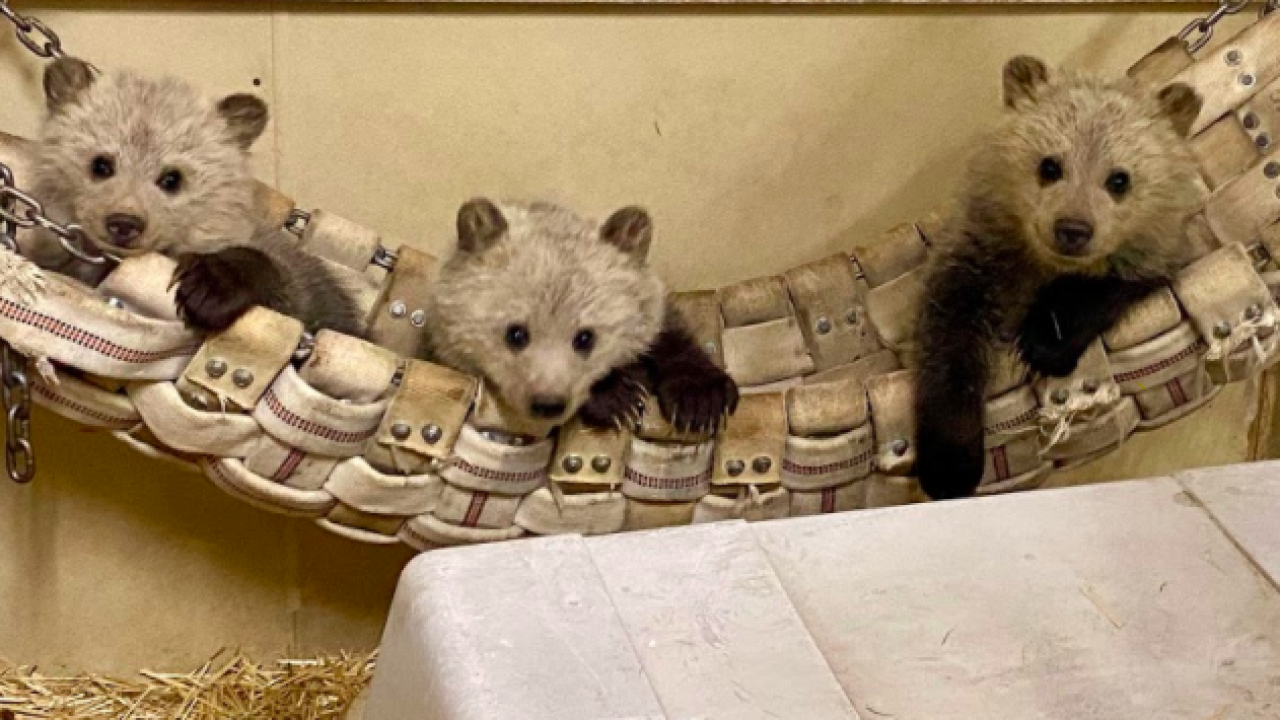 It was announced Wednesday that the wildlife park would take in the rescued cubs after their mother was shot and injured by a hiker in April. Wildlife officials had to euthanize the mother bear, and days later, her three cubs were located by ranchers nearby.

The cubs, two males and a female, are said to be about 40 pounds each now and will live at Bearizona with other rescued animals.

Bearizona’s owner will transport the cubs from the Montana WILD center in Helena, Montana, to Arizona on June 3.
The public will be able to see them starting Friday, June 12, in the walk-through area of the park.

Bearizona says it plans to build a 40,000-square-foot enclosure to house the cubs by March 2021.

“The new grizzly bear habitat at Bearizona will feature a 200-foot-long by 24-foot-high cliff, two waterfalls, underwater viewing sections and a rock ridge from where people can look down, into the enclosure, or up, into the grizzly ponds. Visitors will be able to safely view the bears due to the construction of moats, railings and some glass walls,” a press release states.