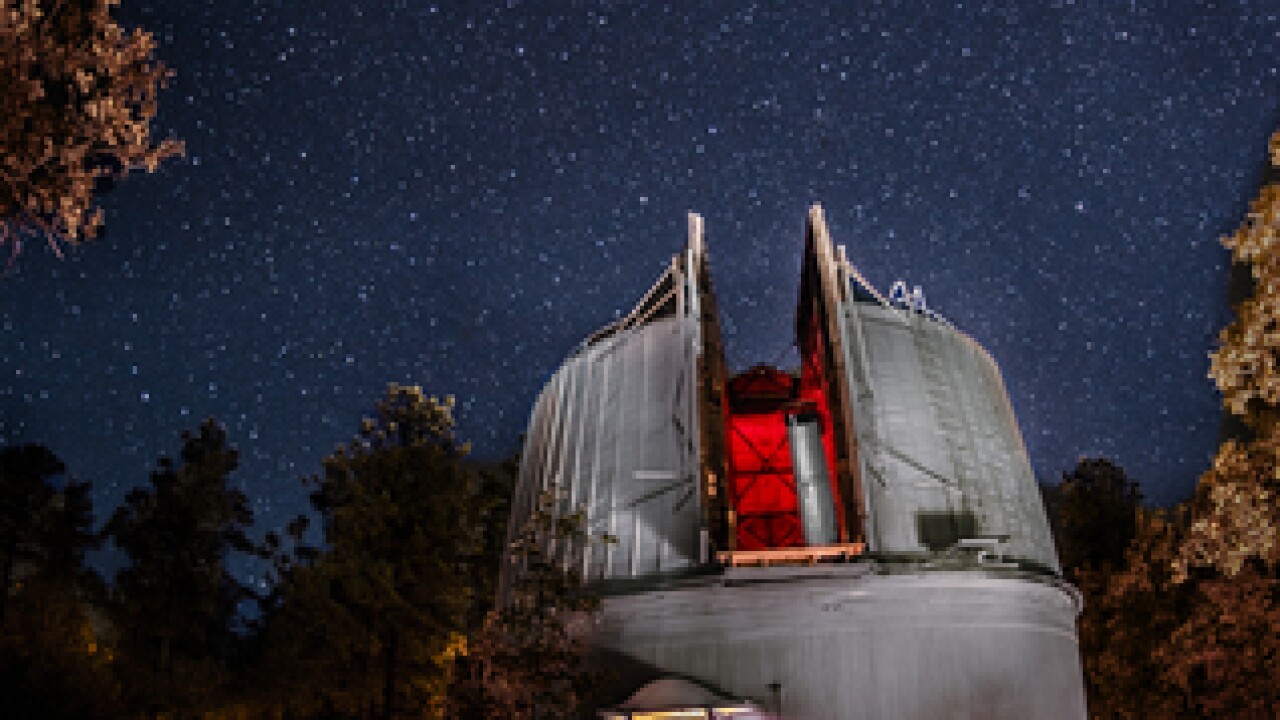 Ken Sanger, Lowell Observatory
While the <strong>Lowell Observatory </strong>isn't a natural Earthly wonder, it does give us a spectacular glimpse at the natural wonders of Space. It was founded in 1984 and has four telescopes, including the original 24-inch Alvan Clark Telescope. The staff there monitor the Kuiper Belt, search for planets orbiting stars, and research star formation. Lowell is located at 1400 W. Mars Hill Road in Flagstaff, Arizona.

FLAGSTAFF — FLAGSTAFF, Ariz. (AP) -- Lowell Observatory in Flagstaff is close to opening a new open-deck observatory, a movable-roof facility featuring six telescopes for use by researchers and the public.

The Arizona Daily Sun reports that the open-deck observatory is getting finishing touches in preparation for an Oct. 5 grand opening.

Its six telescopes affixed to the concrete deck include one designed for viewing galaxies and star clusters and another for studying the details of the much nearer moon and planets in our solar system.

The other four telescopes can see things in between. Some have attached instruments for improved viewing and research, like a new 14-inch (36-centimeter) reflector with a video camera that can record the color of distant objects.

The open-deck observatory's six telescopes include the 32-inch (81-centimeter) Starstructure Dobsonian reflector, now the biggest telescope on the Lowell campus. It collects nearly twice the amount of light as the 24-inch (61-centimeter) Clark refractor.

Along with telescopes, the open-deck observatory will also offer other interactive experiences for guests, such as a spectroscopy exhibit featuring a programmed display that will ask visitors to identify different spectra samples before revealing where they have been found in the universe.

One of the new telescopes will also be attached to a spectrograph, allowing visitors to see this study in action.

"You'll see what an astronomer sees. They're not looking at beautiful images most of the time. They're looking at graphical displays or numbers," Gorney said.

The open-deck observatory will be followed in 2023 by a replacement of the 25-year-old Steele Visitor Center.

Lowell historian Kevin Schindler said the larger visitor center and other expansion plans are an outgrowth of a contract signed with Discovery Communications in the early 2000s for building Discovery Channel Telescope.

Lowell welcomed more than 100,000 visitors last year. The new three-story visitor center and an adjacent parking lot will increase the observatory's capacity to 250,000 guests per year.

The Steele Visitor Center then will be used as a space for meetings and small events.