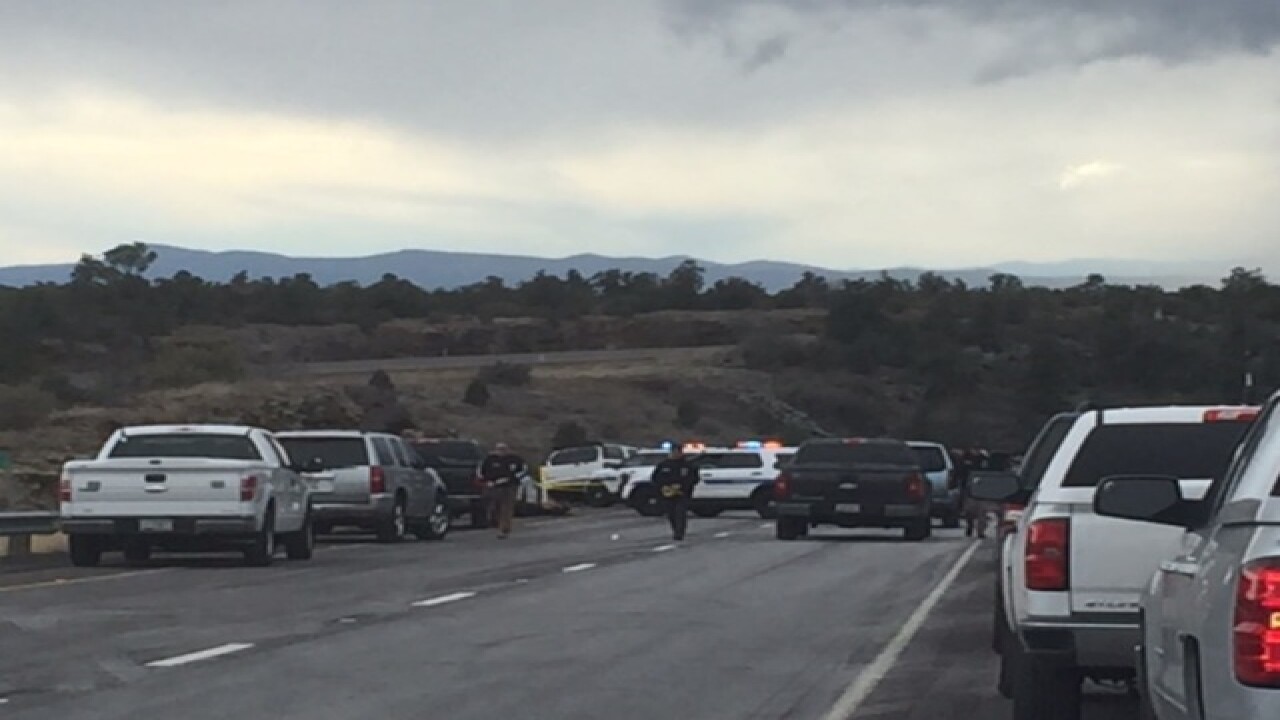 The Arizona Department of Public Safety says I-17 is back open near Munds Park after a crash involving a carjacking suspect.

If you are on I-17 near Camp Verde we have a lot of police activity. We have a car jacking subject who is firing at Trooper's. Stay alert!

DPS says there were reports of a red Mustang driving recklessly southbound on I-17 north of Camp Verde just before 10 a.m. The car crashed with a vehicle, and the driver of the Mustang got out and took a white GMC SUV from the crash scene at the point of a rifle.

The suspect fired at troopers pursuing the stolen SUV, DPS said, but no one was injured by the gunshots.

The stolen SUV crashed head-on into a semi in the southbound lanes of I-17 about 15 miles south of Munds Park, according to a DPS spokesperson.

The suspect then allegedly confronted a Yavapai Deputy Sheriff who was assisting in the pursuit. DPS says the deputy sheriff shot the suspect during that altercation.

The suspect was airlifted from the scene with life-threatening injuries. DPS said the suspect remained alive as of Sunday afternoon, correcting earlier information provided by Col. Frank Milstead that the suspect had died in the crash.

The driver of the semi was not severely hurt, DPS said.

According to Col. Milstead, no troopers were injured in the incident.