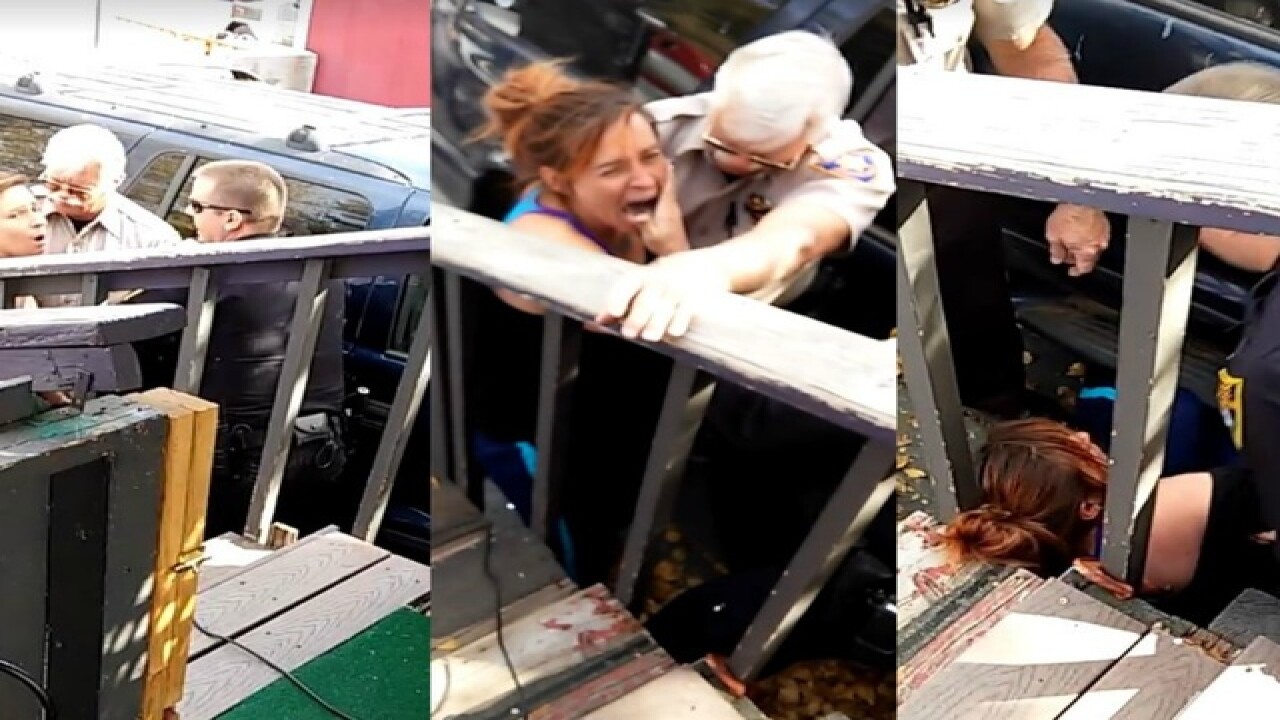 The Flagstaff Police Department says it will hand over the case against a woman punched by one of its officers to the Coconino County Attorney's Office, after the investigation into its officer has wrapped up.

So far, NAU officers have reviewed all available cell phone and body camera recordings of the incident and have interviewed or tried to interview more than 10 people involved.

The incident started earlier this month when officers were called to assist with an eviction of Marissa Morris. Flagstaff police say Morris kicked and kneed Officer Bonar after he tried to place her under arrest for an outstanding warrant.

The warrant was later determined to be outdated, and Morris says she did not kick or knee Bonar. The video recorded from the scene and posted to Facebook only shows the pair from the waist up.

Morris was arrested for resisting arrest and suspicion of aggravated assault.

In a release Monday, the Flagstaff Police Department said its referral of Morris' case to the county attorney is a common practice in criminal cases and provides prosecutors "with all evidence available for them to make a charging decision."

Northern Arizona University police are continuing to investigate the actions of Bonar.