Did you feel it? 3.3-magnitude earthquake reported near Flagstaff on Tuesday 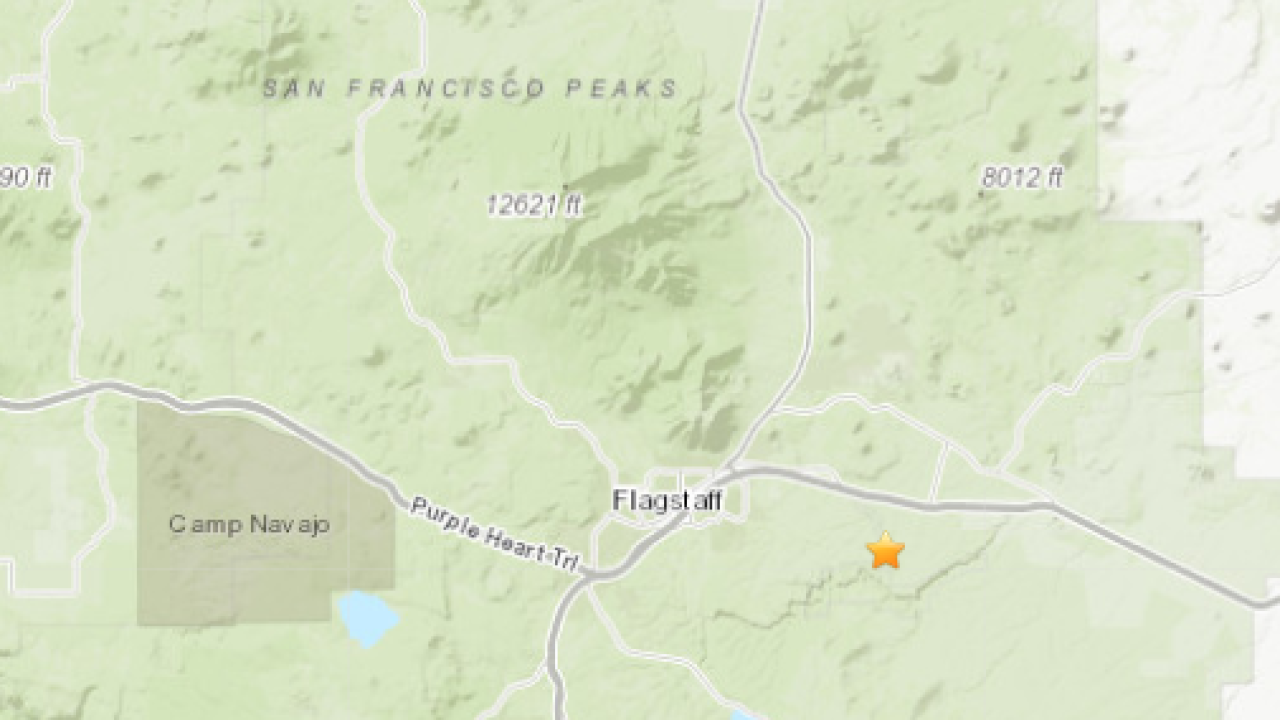 FLAGSTAFF, AZ — Did you feel it? A small earthquake was reported Tuesday morning near Flagstaff, Arizona.

The 3.3-magnitude earthquake was reported at 9:08 a.m., about eight miles east of Flagstaff, according to the United States Geological Survey's website.

The epicenter was located north of the Walnut Canyon National Monument, the USGS's website stated.

According to the website, at least 14 people self-reported to the USGS that they felt the earthquake, which at 3.3-magnitude would be considered a minor earthquake.

According to another map on USGS's website, most movement, if any, would have been felt in the immediate area of Flagstaff.