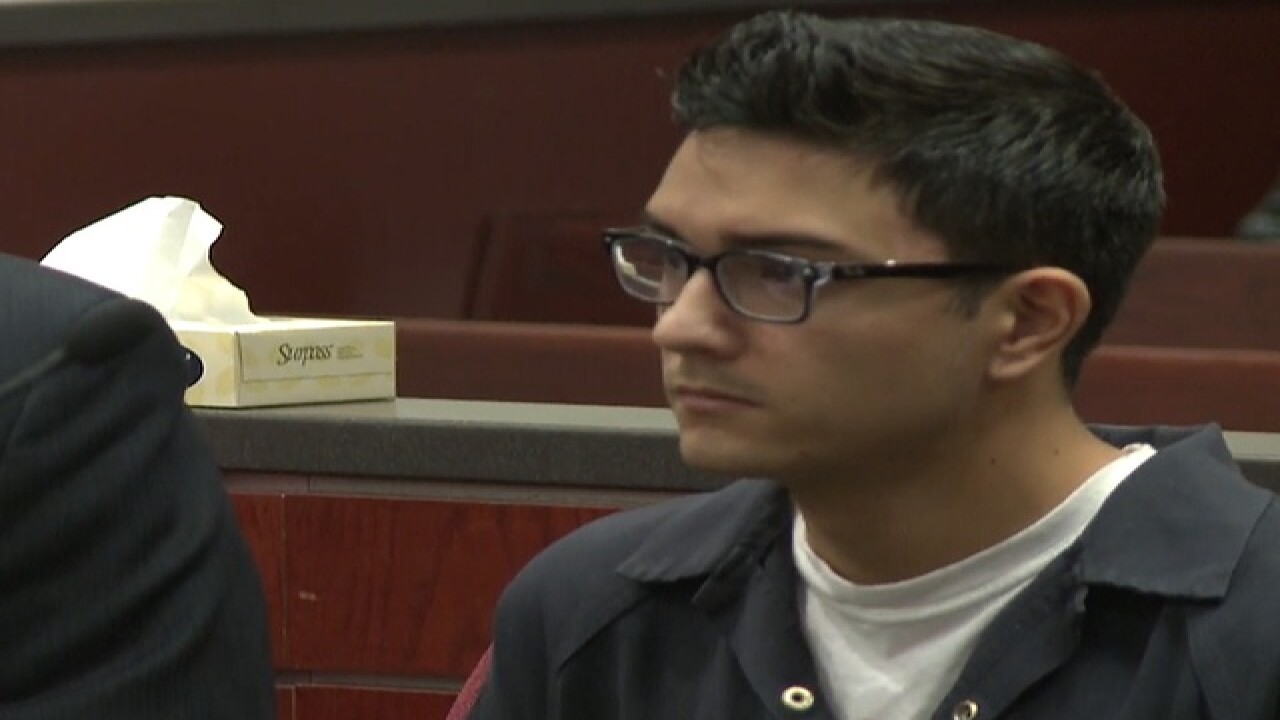 FLAGSTAFF, Ariz. — Attorneys for a former Northern Arizona University student are asking the state Court of Appeals to dismiss a first-degree murder charge against their client.

A Coconino County Superior Court judge rejected the bid last month. Attorneys for Steven Jones filed a petition with the appeals court this week requesting the case be put on hold while considering a request to overturn the judge's decision.

Jones' attorneys argue that the jury acquitted him of first-degree murder and that trying him again on the charge amounts to double jeopardy. They base their argument on the accounts of some jurors and a recorded conversation Judge Dan Slayton had with jurors after they were dismissed.

The defense team said Slayton was aware the jury cleared Jones of first-degree murder in the death of Colin Brough but didn't effectuate the verdict or share the information in open court.

"What happened in the circumstances here is indefensible," Jones' attorneys wrote in documents filed Monday in the state Court of Appeals.

Jones acknowledges firing the shots that killed the 20-year-old Brough and injured three other students on the Northern Arizona University campus in October 2015. Jones maintains he fired in self-defense, but prosecutors say he unnecessarily retrieved a gun from his car and was the aggressor.

Slayton declared a mistrial in 2017 after jurors deadlocked on murder and aggravated assault charges. The retrial has been postponed a handful of times. It's now set to start in January.

The question before the appeals court is whether the jury found Jones not guilty of first-degree murder or if it was unable to reach a verdict on the charge, Jones' attorneys wrote.

The court is scheduled to consider the defense's petition Dec. 31. The prosecutors' response is due in about a week.

Coconino County Attorney William Ring said Tuesday that his office is focused on obtaining justice for the victims.

In the November hearing, Slayton said not every juror weighed in on whether the jury had reached a not guilty verdict on first-degree murder when he spoke with them after the trial ended.

The jury returned a blank verdict form and answered "no" during the trial when it was asked if it reached a verdict on any count. Prosecutors said acquittal cannot be implied based on later interviews with jurors.

They also said Jones forfeited his double jeopardy argument because he didn't object to the court declaring a mistrial.

Jones' attorneys said he would have responded differently to the declaration of a mistrial had he known about Slayton's conversation with jurors.

Slayton questioned the effectiveness of the jury form and his own attempts at discerning where the jury stood in its deliberations. He said he had no authority to reconvene proceedings in the original trial.

"I think this raises an issue that I hope other courts will look at in terms of trying to address this issue," he said.