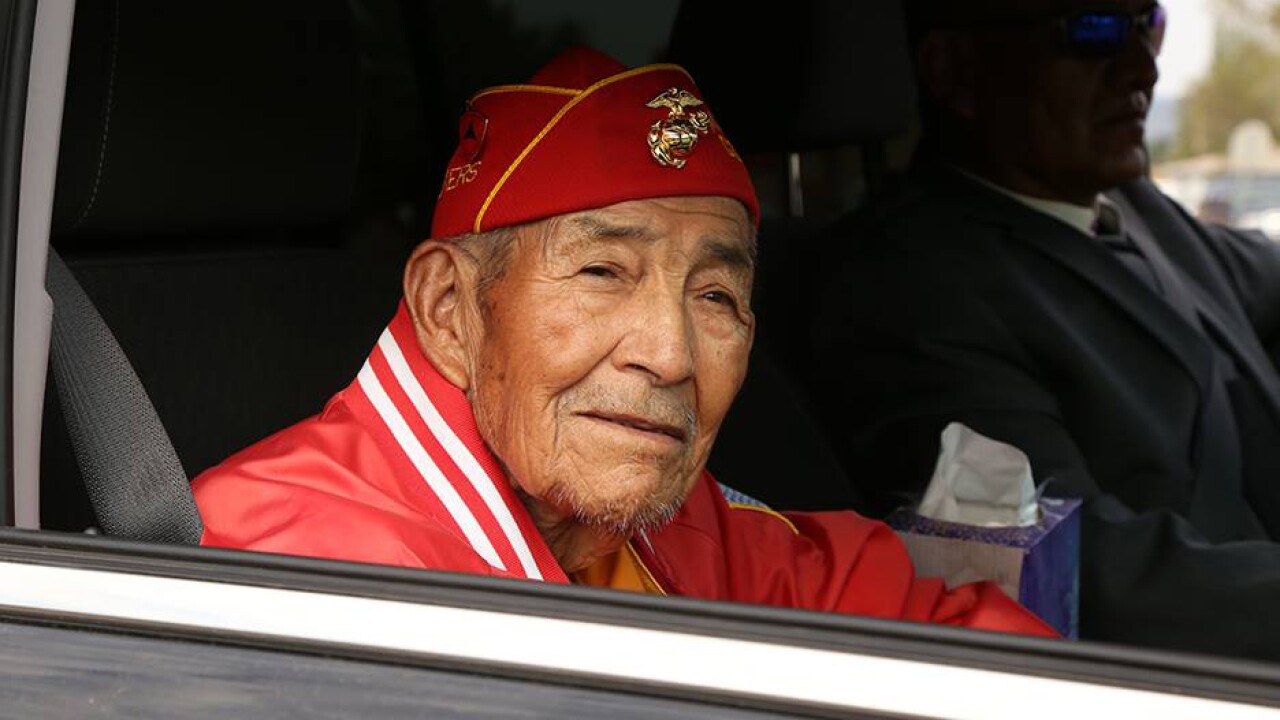 WINDOW ROCK, AZ — A Navajo Code Talker who used his native language to outsmart the Japanese in World War II has died in New Mexico at age 94.

Newman was among hundreds of Navajos who served in the Marine Corps, using a code based on their native language to outsmart the Japanese in World War II.

"On the battlefields of the Pacific Theater, our language proved unbreakable," said Navajo Nation President Russell Begaye. "It was critical in protecting the lives of American soldiers, and to the success of the United States in World War II."

Newman is survived by his wife of 69 years, Betsy. They had five children, 13 grandchildren and three great grandchildren.