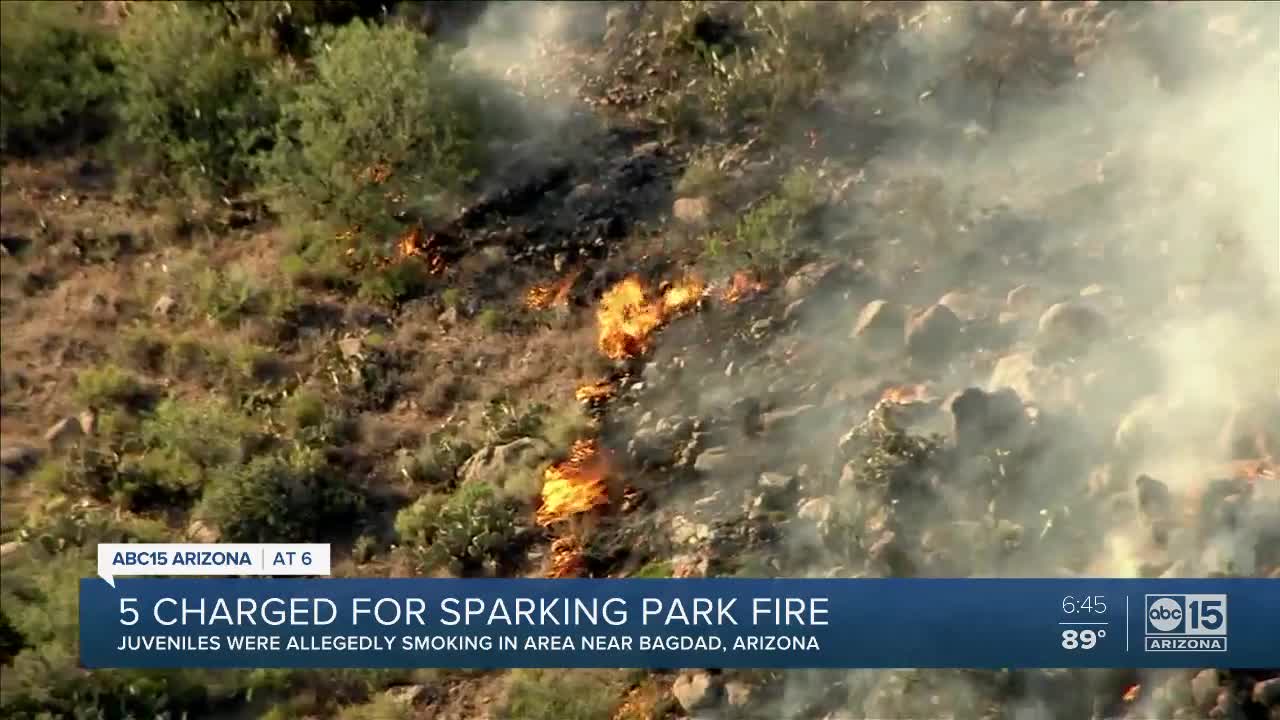 Five juveniles have been charged, after a brush fire sparked in the area Thursday afternoon. 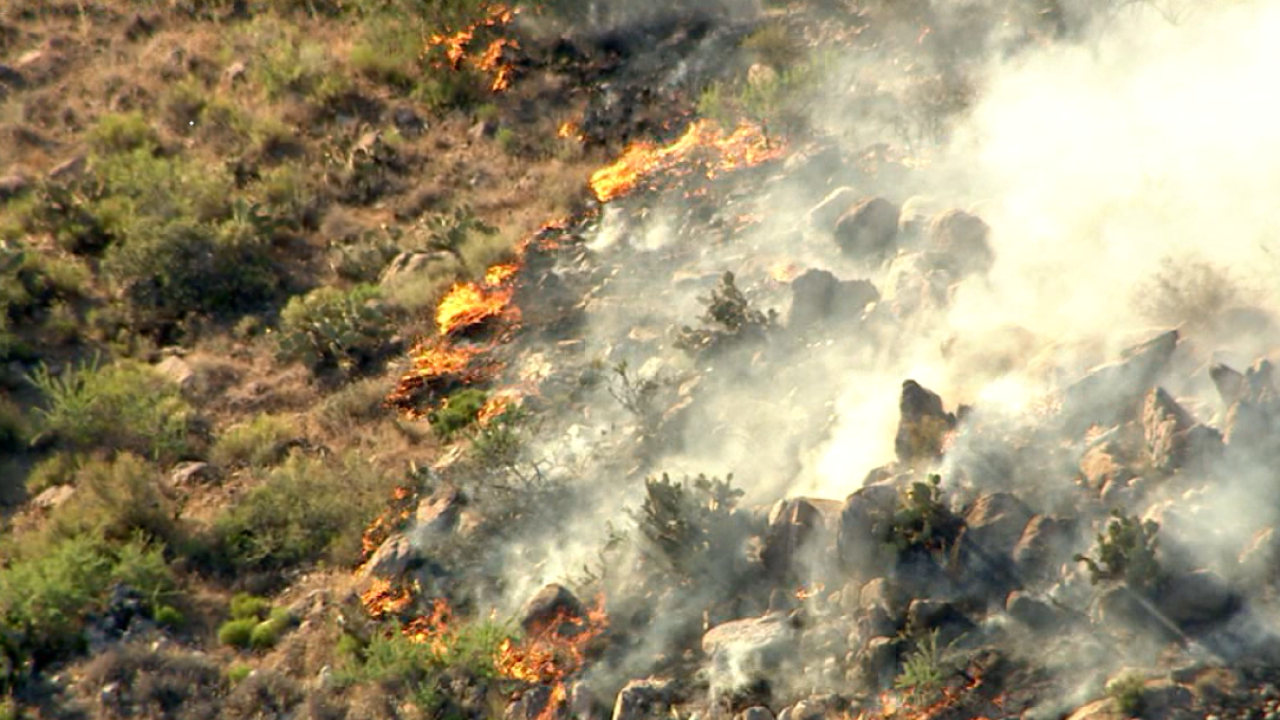 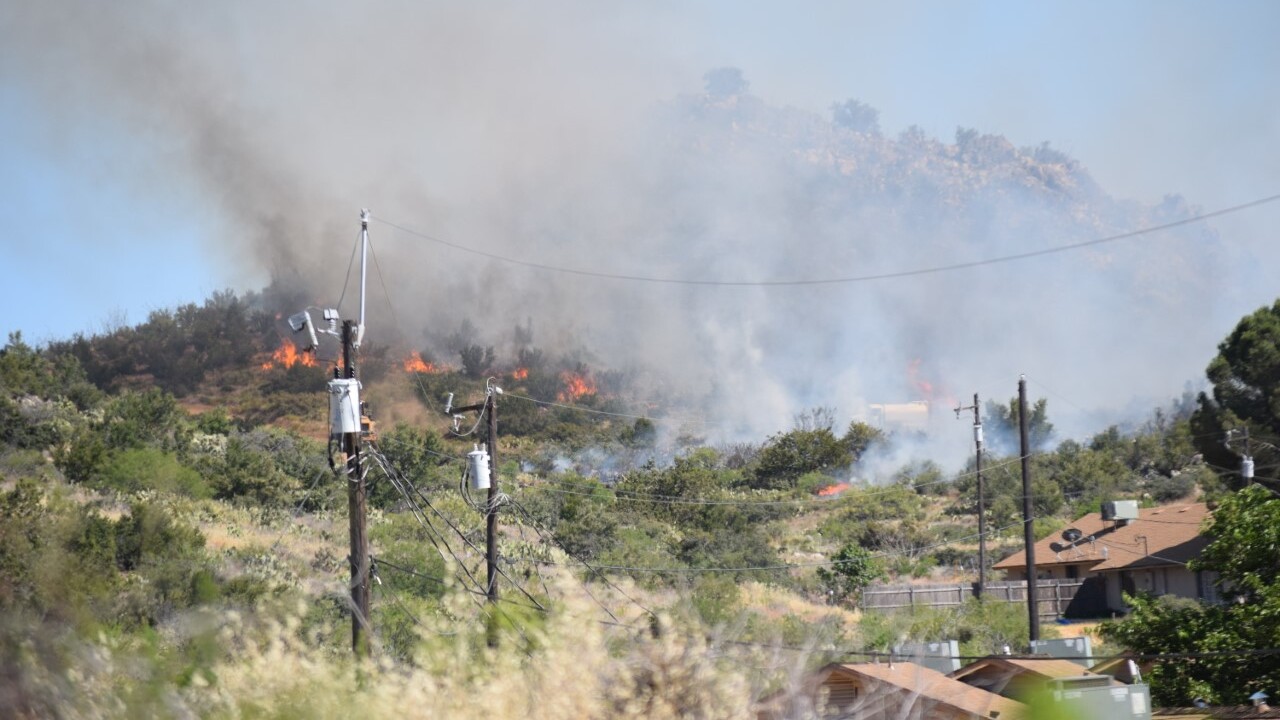 Officials battled the "Park Fire," that burned an estimated 65 acres near East Park in Bagdad, Arizona, 65 miles west of Prescott in northern Arizona.

Officials say the fire was human-caused by five juveniles from the ages from 11 to 15 years old. The juveniles caused the fire by smoking an unknown substance on the land during a fire ban.

The five juveniles are now facing reckless burning and misdemeanor charges. While the 15-year-old will also be facing charges of tampering with a witness, for trying to keep witnesses from incriminating him.

The Yavapai County Sheriff's Office says 10 structures in the area of East Park, Navaho and Lindahl drives were evacuated.

Yavapai County Sheriff's Office says there were no injuries or loss of any structures as a result, however over $30,000 was used to fight the fire.