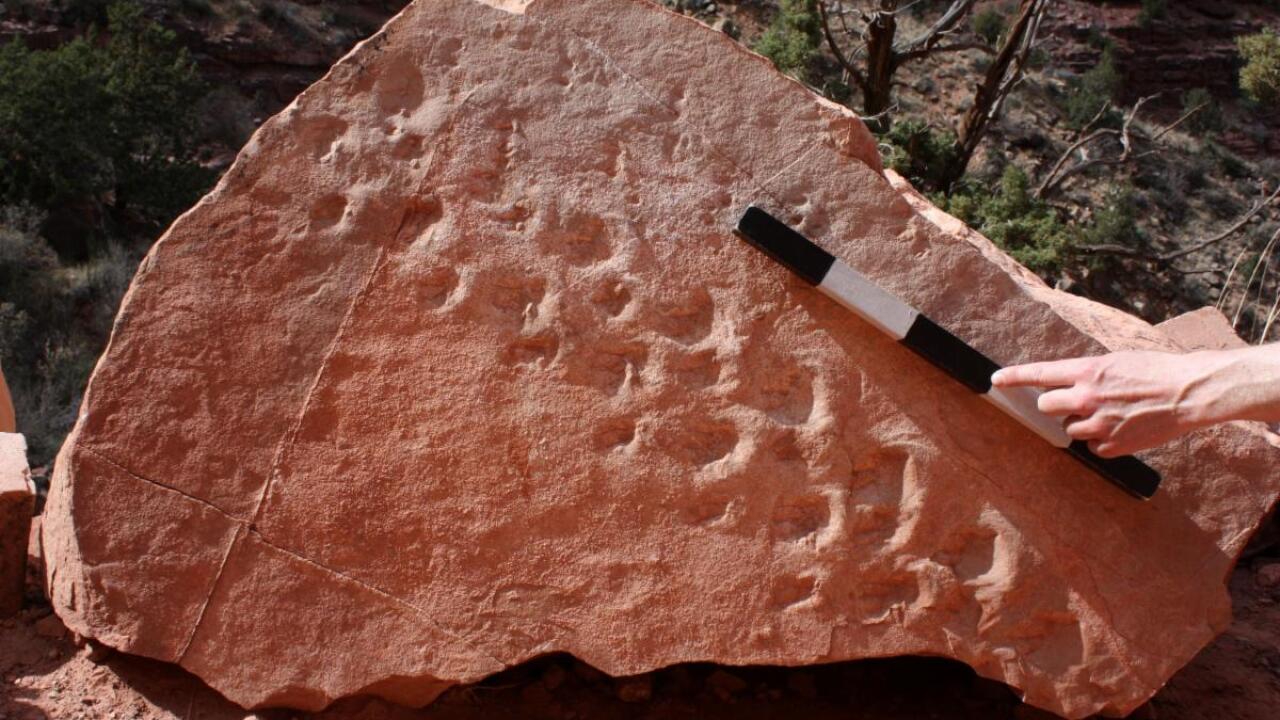 GRAND CANYON NATIONAL PARK, AZ — Researchers have discovered that fossil footprints found at the Grand Canyon are the oldest tracks of their kind to date in the area.

The fossil tracks, discovered in 2016 by a Norwegian geology professor hiking with students, are said to be about 313 million years old. The conclusions of the report were published in a report Wednesday.

The tracks show two separate animals on the slope of a sand dune, according to National Park Service officials. They are believed to be that of a tetrapod-like animal, known to use a lateral-sequence walk pattern.

"These are by far the oldest vertebrate tracks in Grand Canyon, which is known for its abundant fossil tracks" Stephen Rowland, a paleontologist at the University of Nevada Las Vegas, said in a media release. "They are among the oldest tracks on Earth of shelled-egg-laying animals, such as reptiles, and the earliest evidence of vertebrate animals walking in sand dunes."

The tracks were unearthed after a boulder fell from a nearby cliff at the Manakacha Formation along the Bright Angel Trail.

The Grand Canyon website offers more information on fossils found around the park, as well as what to do if you come across one.