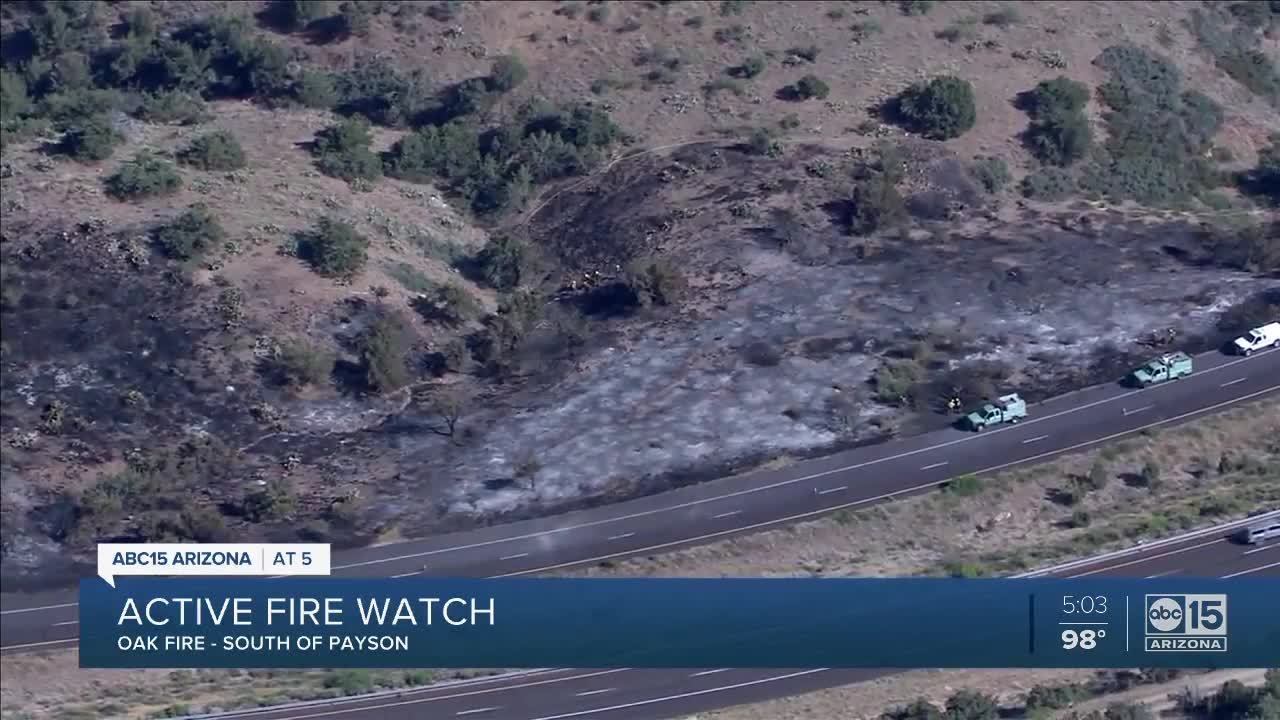 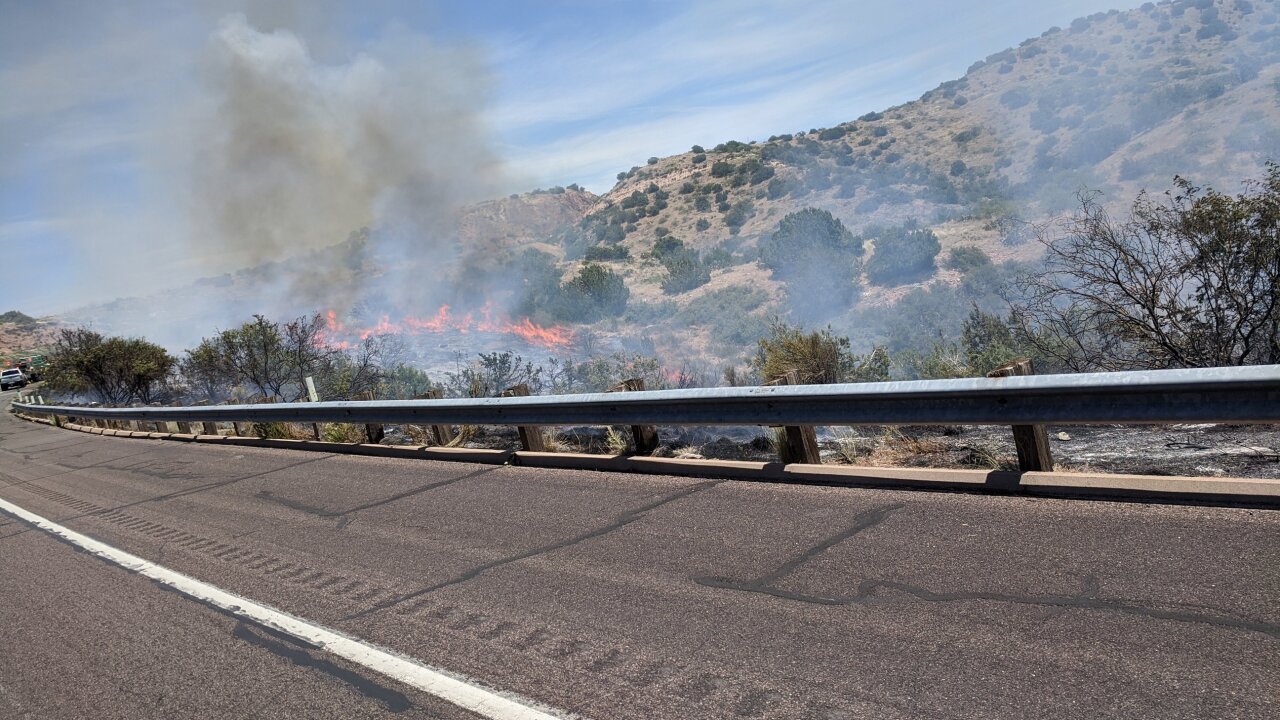 A total of 75 firefighters, six engines, three water tenders, one helicopter, an air attack and two fire investigators from the Payson and Tonto Basin Fire Departments responded to the fire.

Because of the fire's proximity to the highway, the Arizona Department of Transportation closed traffic in both directions while firefighters battled the blaze.

Both lanes of SR 87 SB are now open; the right lane of SR 87 NB is closed.#aztraffic #Wildfires pic.twitter.com/4rUtiEZ0PL

At this time, firefighters are mopping up hot spots. Fire crews anticipate the fire to be 100 percent contained by the end of the day.

No structures were threatened, and no injuries were reported. The fire was human caused and is under investigation.