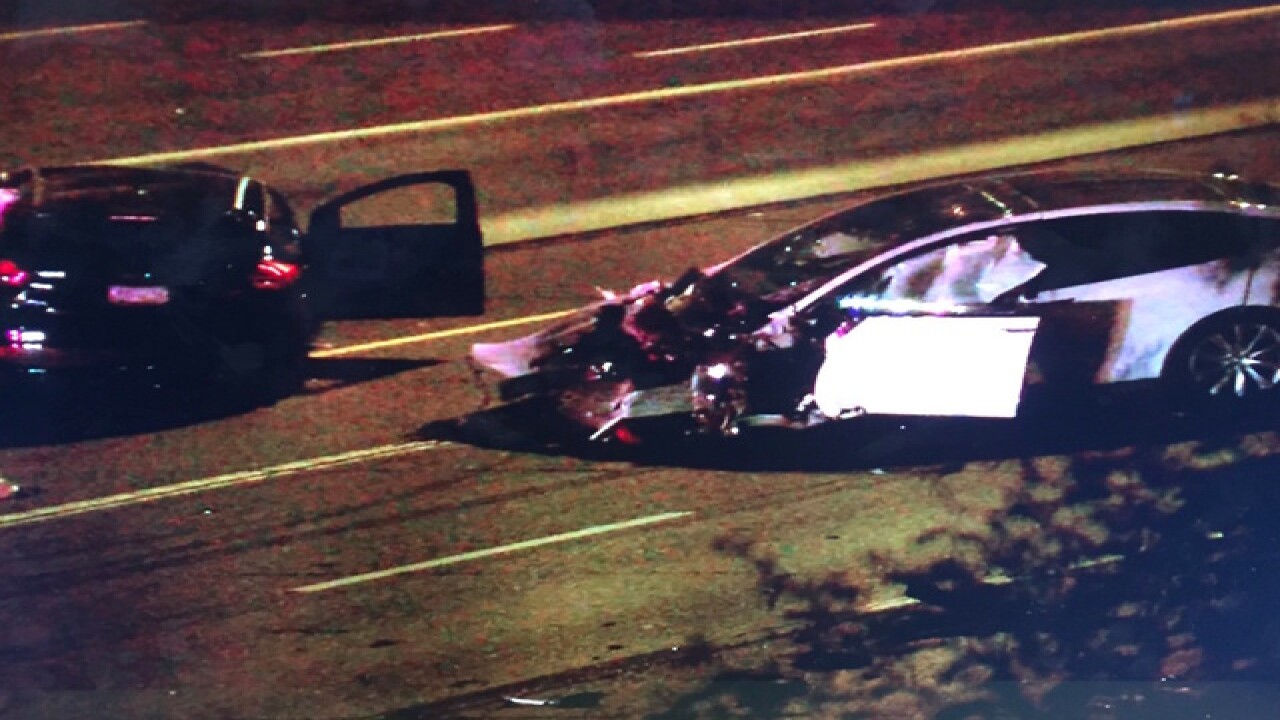 A wrong-way driver is dead and another driver hospitalized after a crash on the Loop 101 in Scottsdale overnight.

The driver of the wrong-way vehicle has been identified as 29-year-old Rulon Beazer of Tempe.

The Department of Public Safety said they initially began receiving calls around 12:15 a.m. about a wrong-way driver traveling northbound in the southbound lanes of the freeway near Shea.

As troopers responded to that call, they were advised that a collision involving Beazer's vehicle and a second car had occurred a short distance down the freeway, just north of Cactus Road.

According to DPS, Beazer's vehicle and the victim's car struck each other on the front driver side of each vehicle.

Beazer died at the scene. The male driver of the second vehicle was transported to Scottsdale-Osborn where he was admitted with non life-threatening injuries.

Investigators were on scene for several hours and southbound lanes of the freeway reopened at 6:30 a.m.

DPS also says that a separate collision occurred in the area after officials put up barriers to close the freeway for the wrong-way crash. Another driver reportedly drove through the closure and was stopped near the crash scene where he was taken into custody for DUI.