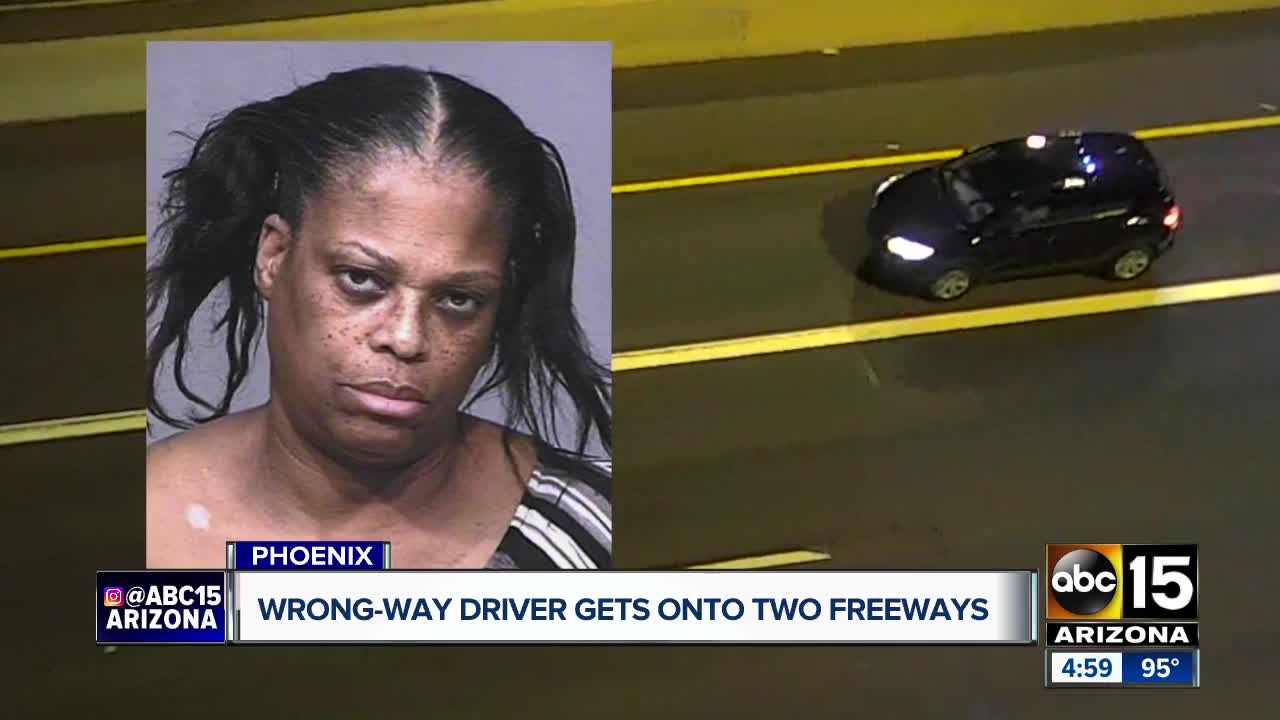 The Arizona Department of Public Safety told media outlets that the wrong-way driver was reported at about 1:30 a.m. on Monday. 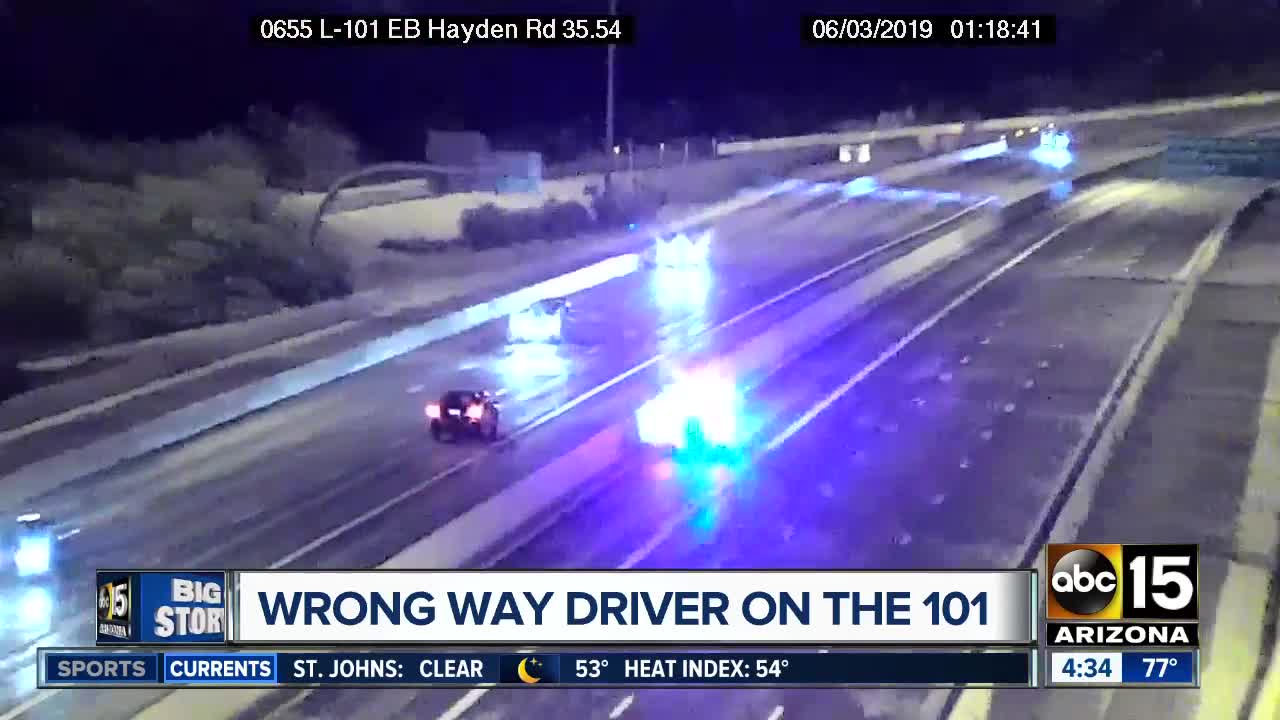 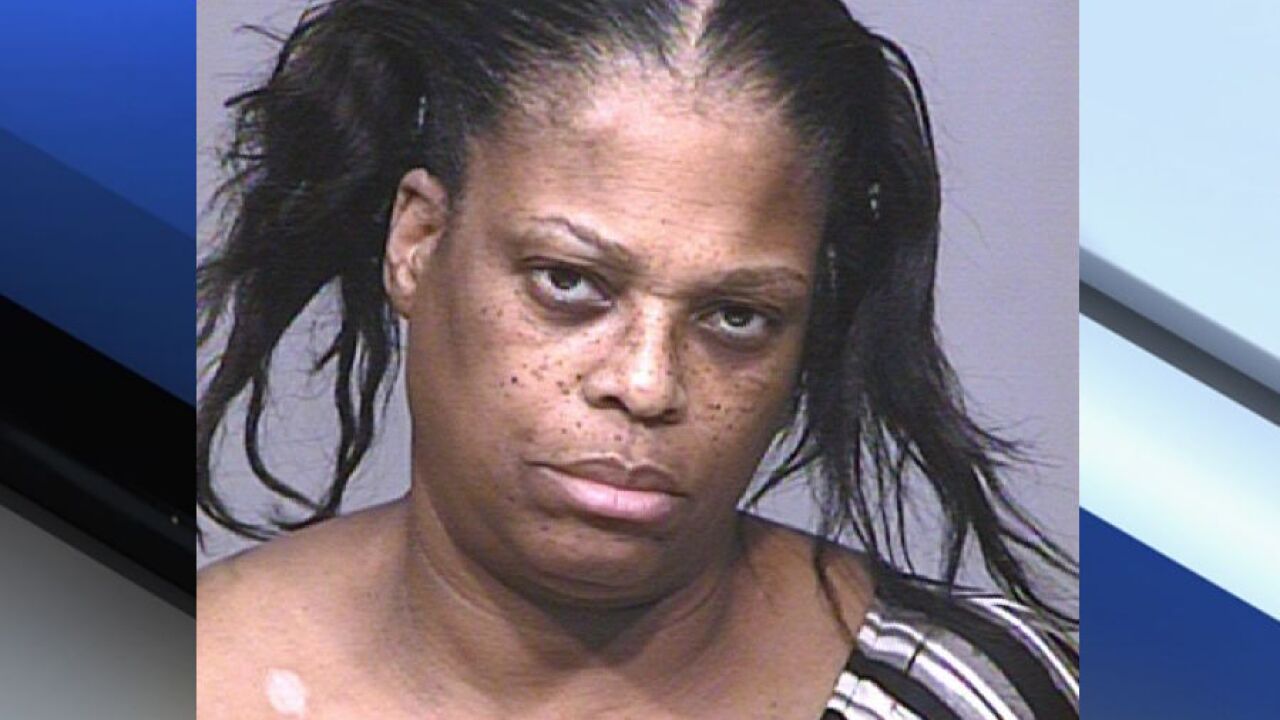 PHOENIX — A wrong-way driver was taken into custody after traveling for miles along Valley freeways early Monday morning.

Traffic cameras from the Arizona Department of Transportation captured video of the vehicle beginning around 1:30 a.m. on State Route 51 and Loop 101 in Scottsdale.

While roads were relatively quiet in the middle of the night, several drivers were seen swerving out of the way of the oncoming car.

Law enforcement used a helicopter and spotlight to try to alert the driver to stop. Eventually, an officer was able to drive alongside the wrong-way vehicle in the correct lanes of traffic to get the driver's attention.

DPS says the driver, later identified as 52-year-old Sheila Wynice McReynolds, was taken into custody for impairment and is facing charges for aggravated DUI.

Fortunately, no injuries or crashes occurred during the incident.