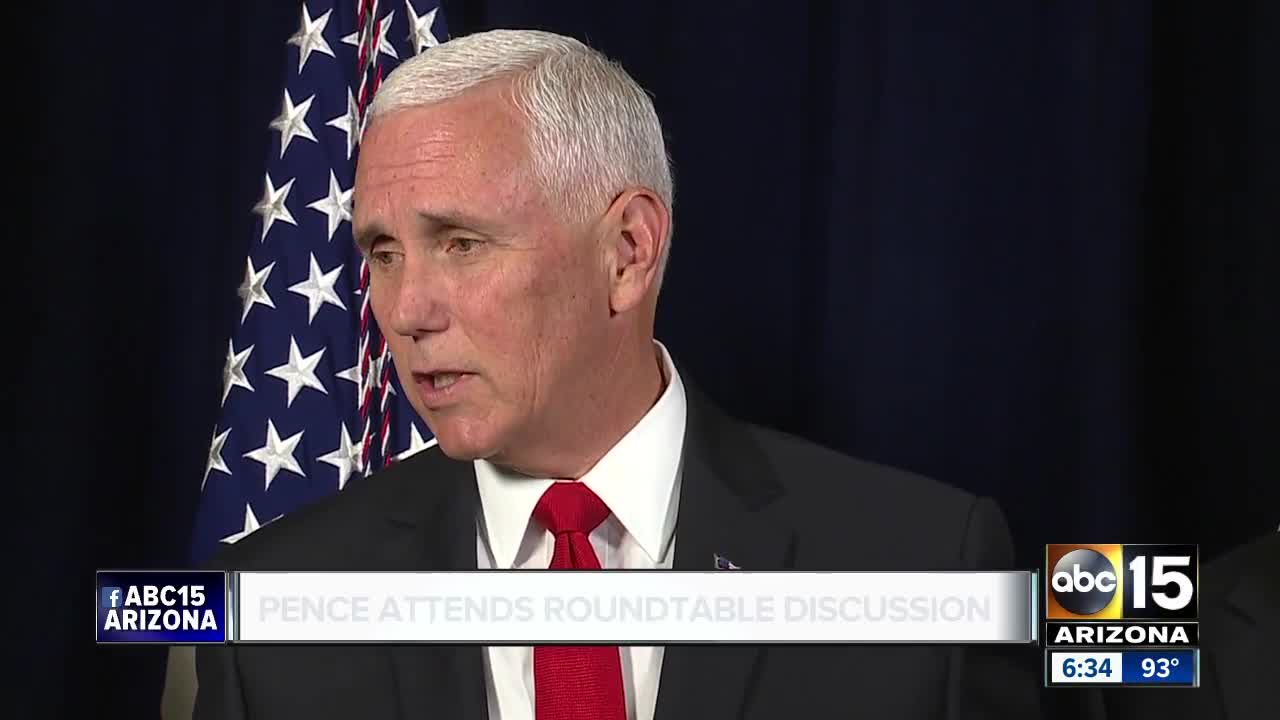 ABC15 recap of Mike Pence's visit to Arizona this week. 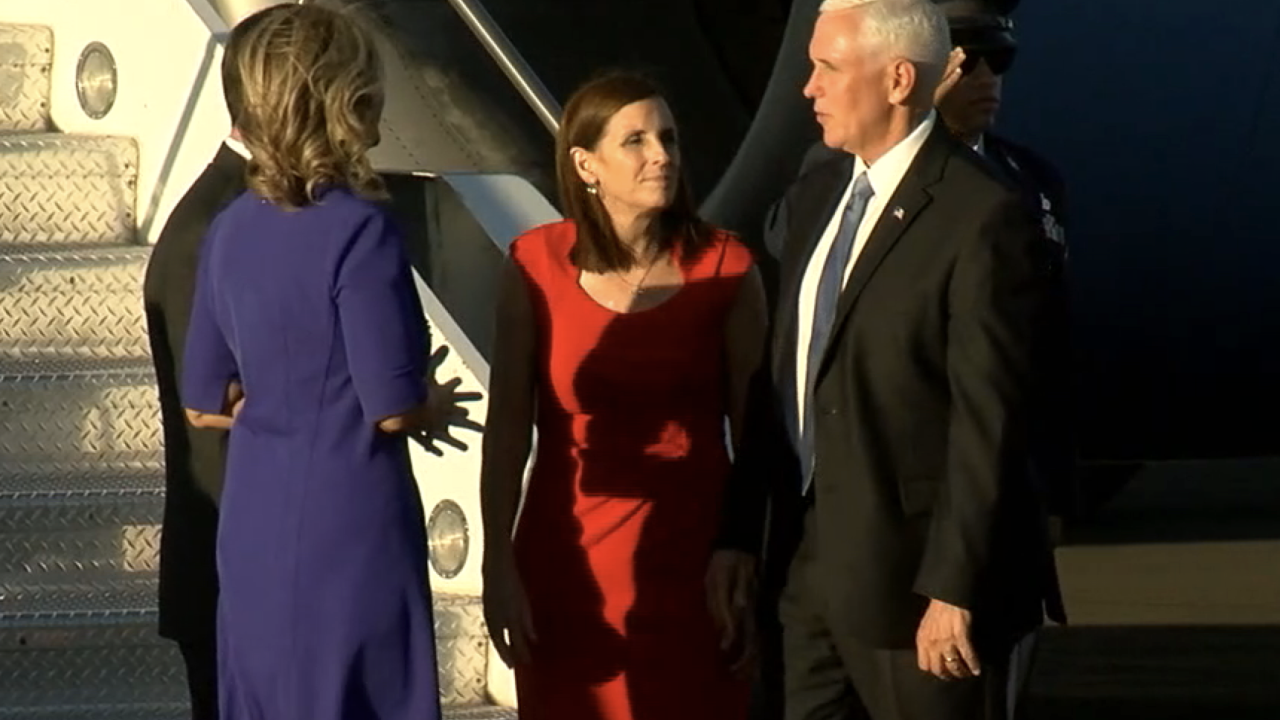 SCOTTSDALE, AZ — Vice President Mike Pence says he and President Donald Trump are "going to be in and out of Arizona a lot" during the 2020 campaign.

Pence told reporters Thursday after an event in Scottsdale that the Trump campaign will appeal to Hispanic voters in Arizona with a focus on faith, family and opposition to abortion.(equals) Arizona is emerging as a 2020 battleground state.

Pence was in Arizona to raise money for Republican Sen. Martha McSally, who faces a tough election next year.