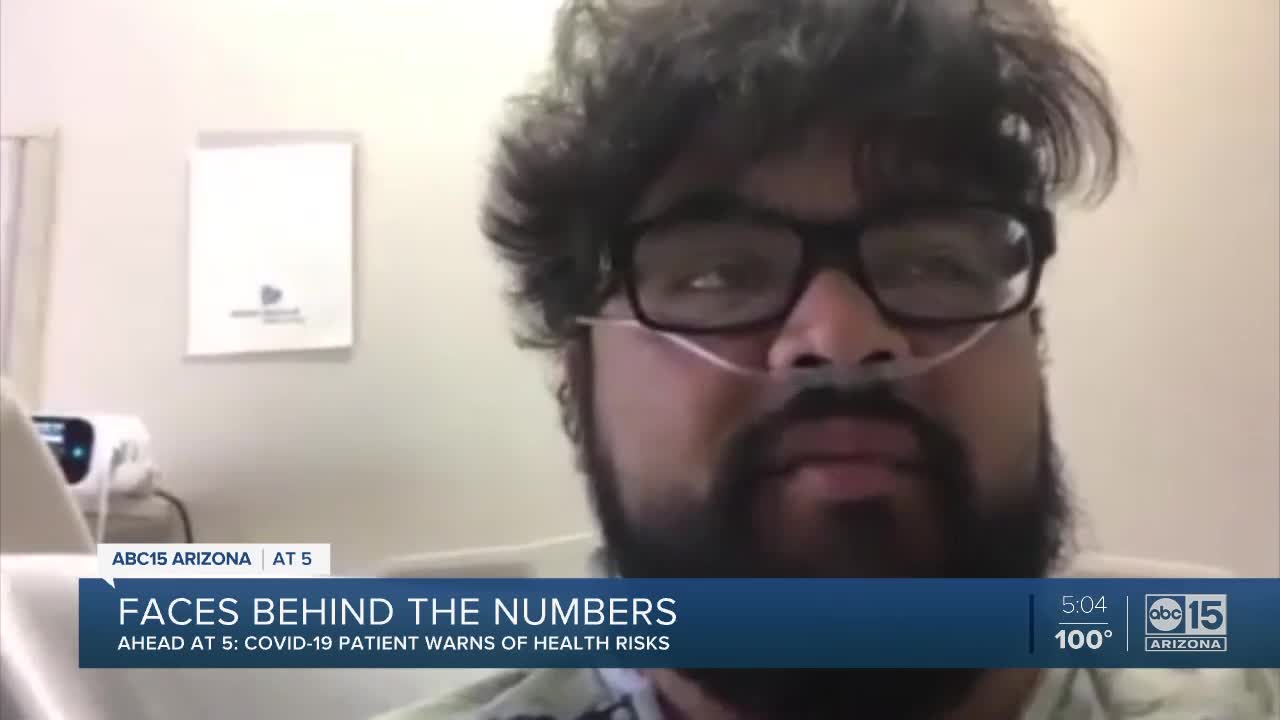 Valley man in hospital with COVID-19 hopes others realize the risk. 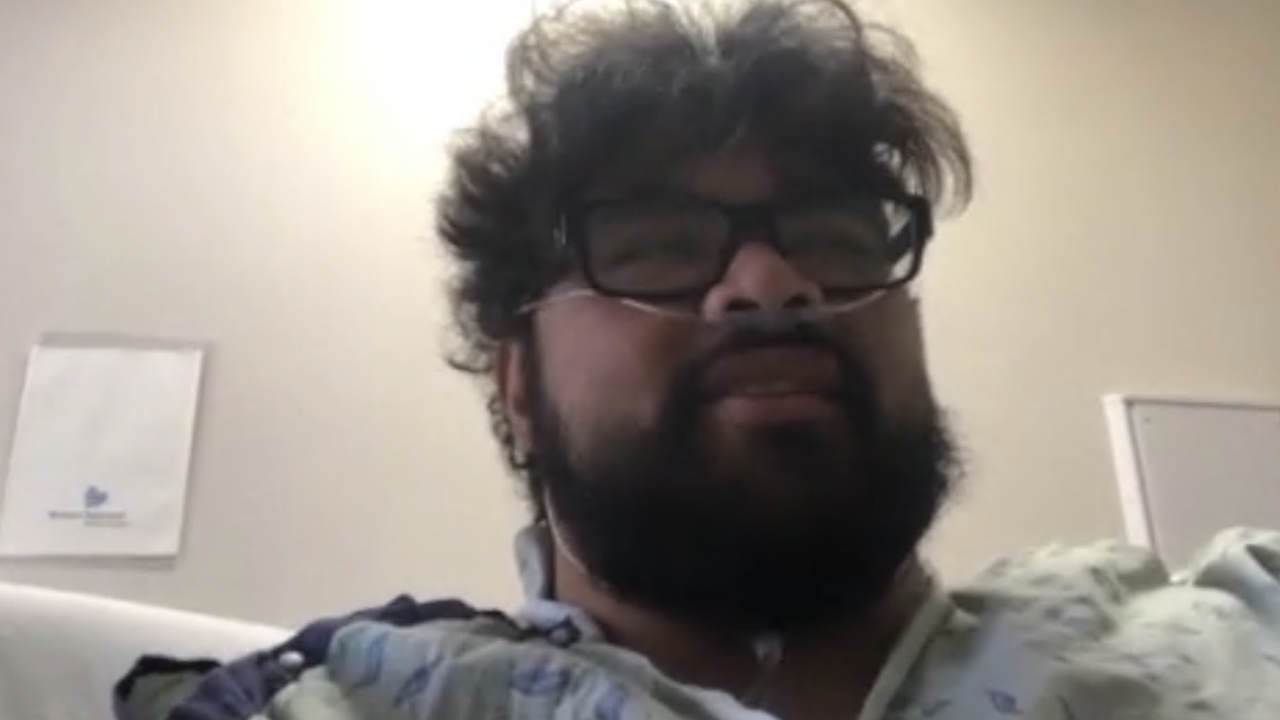 SCOTTSDALE, AZ — A Valley man says he didn't take COVID-19 seriously, hit the bars with a friend and is now in the hospital battling the virus.

Jimmy Flores, 30, told ABC15 he has been at Banner Baywood for three days after testing positive for coronavirus last week.

"Right before going to the hospital, I was dying in my room," he said. "Couldn't breathe."

He shared his story with the hope it resonates with other people his age.

"I did not take it seriously at all," Flores said. "Now that I have this, I wouldn't wish this on my worst enemy."

Flores told ABC15 he met up with a friend on Saturday, June 6. He said the two went to a bar in Old Town Scottsdale and then to another bar further north in the city. COVID-19 was not a concern.

Flores said he got sick two days later and subsequently tested positive for COVID-19. He said Maricopa County health officials were able to narrow down when he likely became infected.

"I did a survey, an assessment and an interview," Flores said. "Given all the circumstantial information, they concluded I got [COVID-19] Saturday night at the bar up north."

"I saw a lot of my friends still...wanting to go out," he said. "They're not taking things seriously. Now that I have [COVID-19] my mentality completely changed."

Flores told ABC15 he is an otherwise healthy 30-year-old and wants people to realize the risks posed by the virus, especially among his age group. According to the Arizona Department of Health Services, the 20-44 age group has the highest number of confirmed coronavirus cases in the state, with 18,787.

"You're going to see those types of people still, that are 'A' personalities, they're the ones that are pressuring others to go out and enjoy life or 'don't worry about it,' blah, blah, blah," Flores said. "That's how I was. To be going from that to this, I had to put my ego in check, man."

As of Wednesday, there are 1,582 people who are positive or suspected COVID-19 inpatients at hospitals across Arizona, according to AZDHS. That is the highest such number since statewide COVID-19 data became publicly reported.

"Calm down, you know?" he said. "Partying and going out is not that important. Especially with this deadly sickness that just really hurts."

While Flores does not believe his initial stop in Old Town played a role in contracting the virus, videos of crowds in the area in recent weeks have gained national attention. On Wednesday, Scottsdale Mayor Jim Lane released the following statement to ABC15:

"Right now, all of these establishments have committed to working within the Governor’s safety protocol orders, under which they are allowed to be open. The Scottsdale Police Department has and will continue to follow up on complaints we receive. They document any infractions and follow up with the Department of Liquor License and Control for applicable enforcement. Personally, I continue to contact the owners and operators of these establishments to ensure they understand the importance of operating within all public health standards and guidelines. As a city government, we are committed to doing everything within our power to encourage and enforce healthy practices among our residents and businesses. We need our citizens and visitors to take this seriously and act responsibly too."