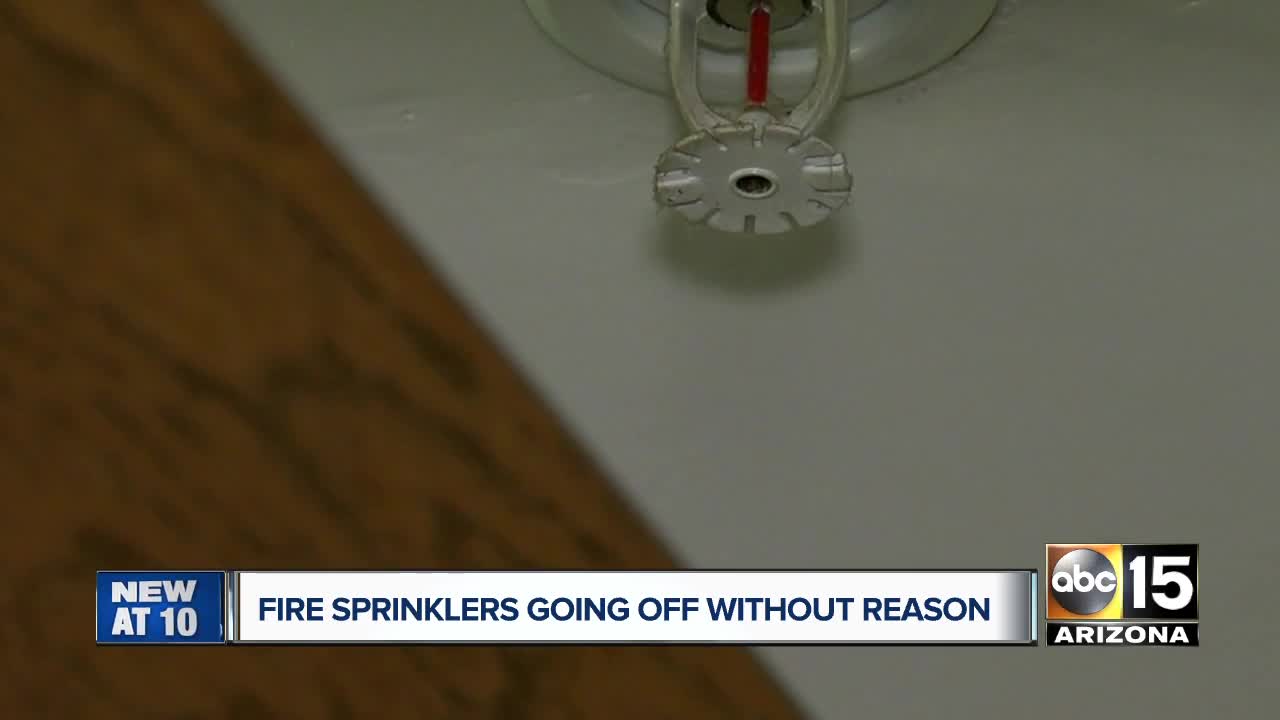 A device meant to protect their home from damage instead caused tens of thousands of dollars worth without reason or warning.

SCOTTSDALE, AZ — A device meant to protect their home from damage instead caused tens of thousands of dollars worth without reason or warning.

“I couldn’t even believe it was happening," said Christine. "First you think, is there a fire? Is there a fire somewhere else in the house was my first thought, but there was nothing."

Christine and Joe Ray say they've lived in their Scottsdale home for 25 years, but last year, had to do a major renovation after a faulty sprinkler head burst inside the bedroom. Water soaked the carpet, drywall, furniture, and ruined computers and other electronics inside.

“Everything had to be either washed, repaired, re-varnished, painted, new drywall, new flooring," said Christine.

The couple was forced to sleep elsewhere for two months until the damage was fixed. Their insurance company, Liberty Mutual, covered less than half the cost.

“ I can’t believe that there are thousands of people out there that have the same problem, but nothing has been done," she added.

The Ray's are just one of many who've reported sprinkler heads suddenly bursting inside their home, without any reason to set them off.

The culprit in most cases -- a sprinkler head manufactured by Viking Supply Network. The company is now facing a class action lawsuit for selling the faulty devices.

“We hired a professional company to come out here and install it that is certified," she added. "They have nothing to say about it either."

The Ray family says they're still battling with their insurance company after they say Liberty Mutual raised their rates due to the claim.

Their advice; find out what's in your ceiling before it happens to you.

You can call local contractors or in some cases, your local fire department to inspect sprinklers to check for any issues or the type of sprinklers. Some contractors who know of the problem with the Viking 457 sprinkler heads are offering to replace them free of charge.