Two people hospitalized after a two vehicle crash in Scottsdale 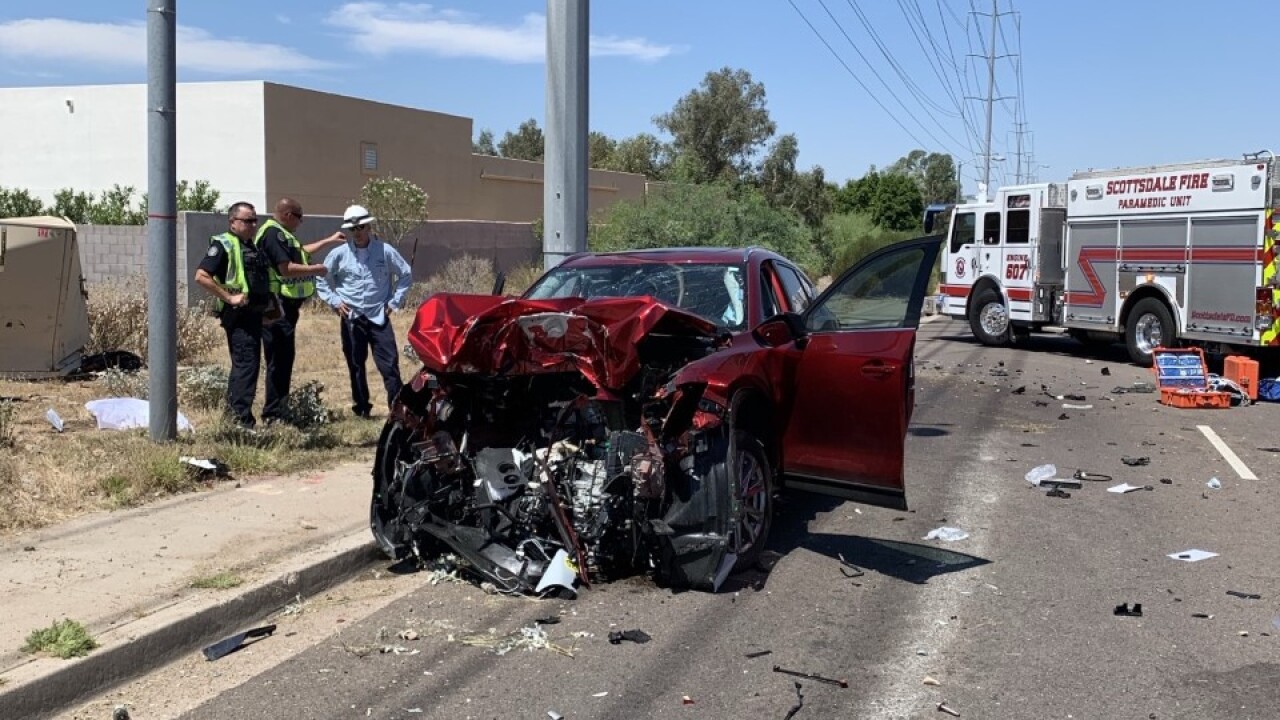 SCOTTSDALE, AZ — Two people are being treated at a hospital after a two vehicle crash in Scottsdale.

Emergency crews found a total of six people involved. Two of them had to be taken to a trauma center while four of them did not need medical treatment.

The current conditions or identities of the two patients hasn't been released. The cause of the crash remains under investigation by the Scottsdale Police Department.

Shea Boulevard is shut down to all traffic, east of Via Linda.