Two hurt in shooting outside of Scottsdale's Goodwood Tavern 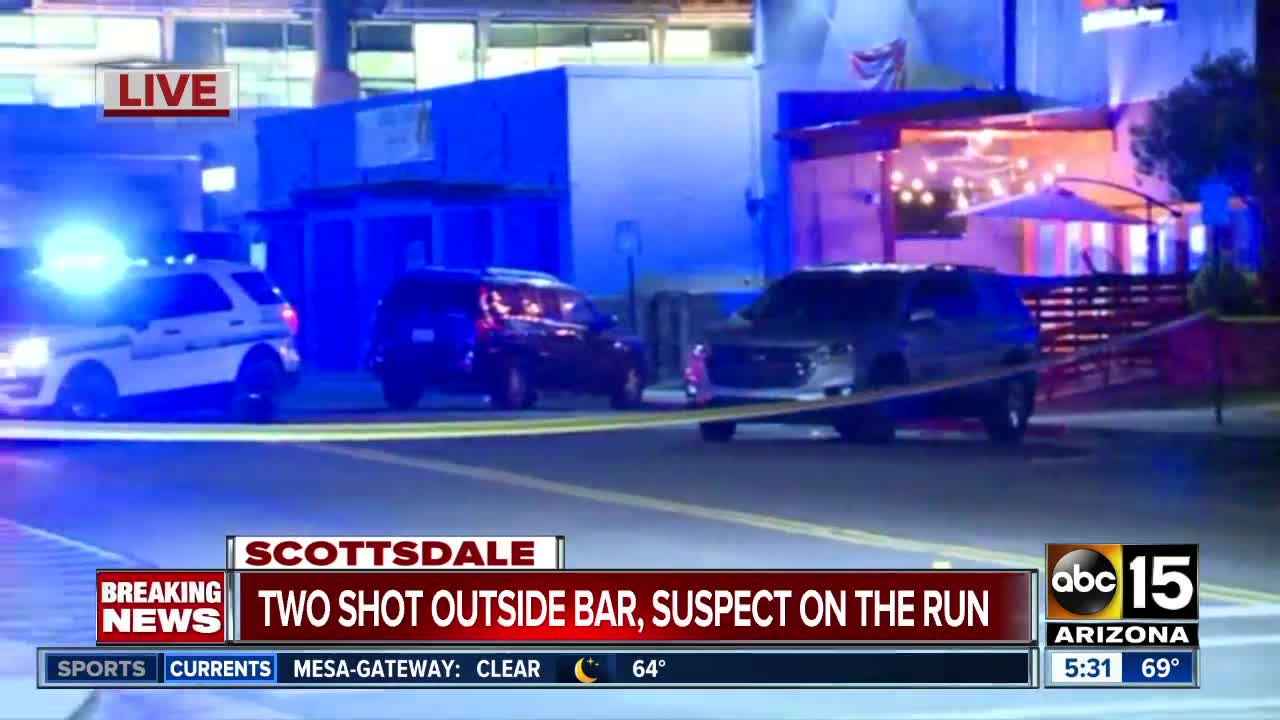 The suspect has not been located, police say.

SCOTTSDALE, AZ — Scottsdale police say two people were hurt in a shooting outside of a Scottsdale tavern early Monday morning.

Officers were called to an area near Scottsdale and Camelback roads where a shooting took place after 3 a.m. ABC15 crews on the scene saw police investigating an area outside of the Goodwood Tavern.

Police say two people were shot during the incident and suffered non-life-threatening injuries.

The suspect is vaguely described as a black man with a slender build. Police do not believe the public is at risk.

No further information is known about the incident or the suspect.