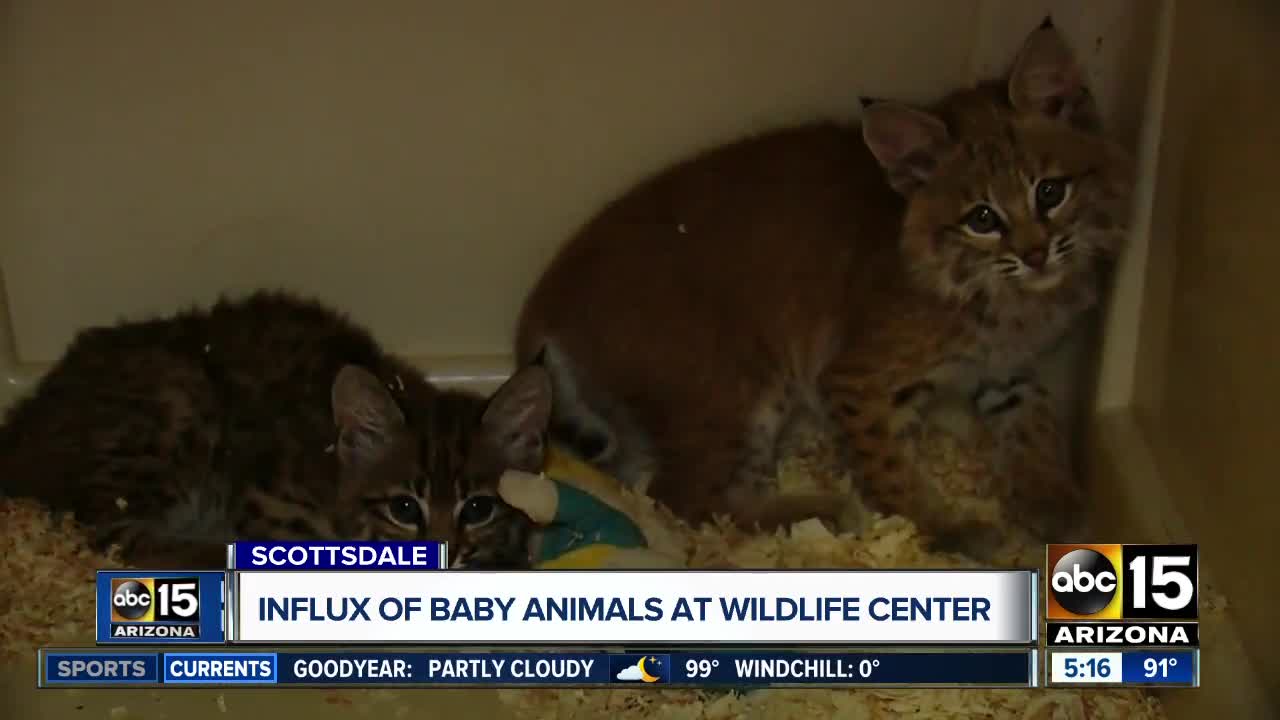 The Southwest Wildlife Conservation Center says they're seeing an influx of baby animals, partially caused by wildfires hitting our state. 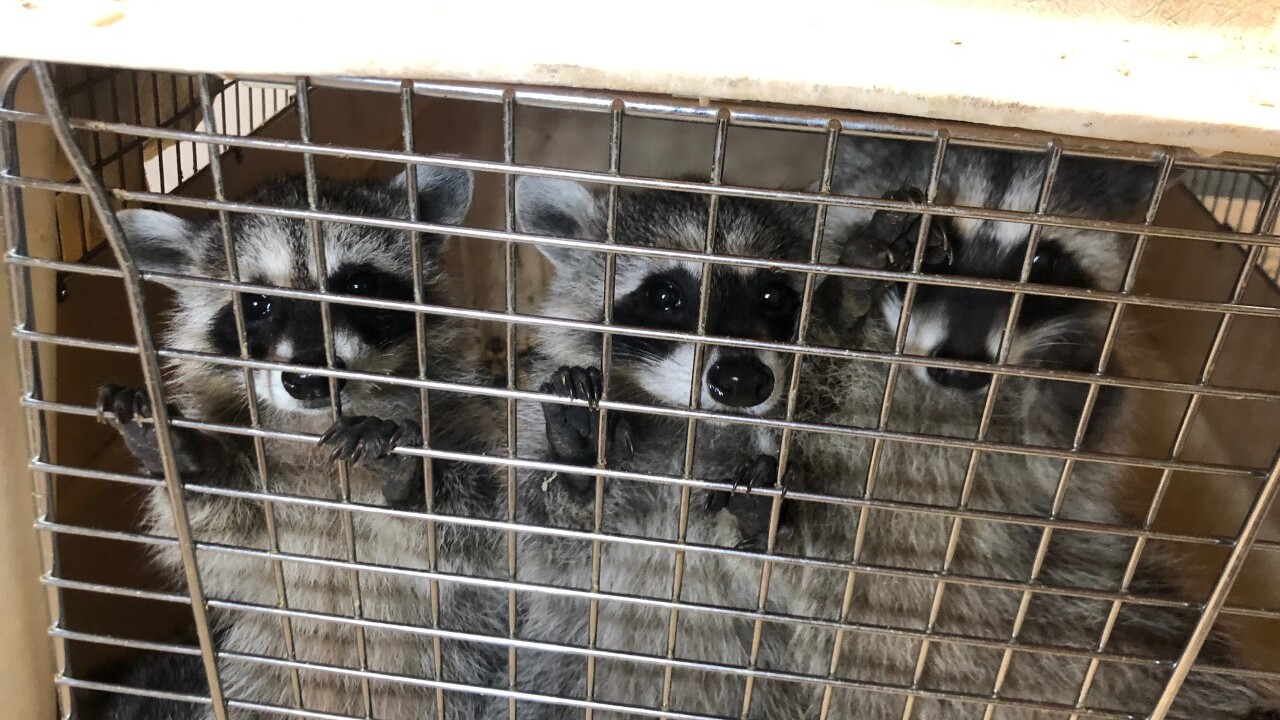 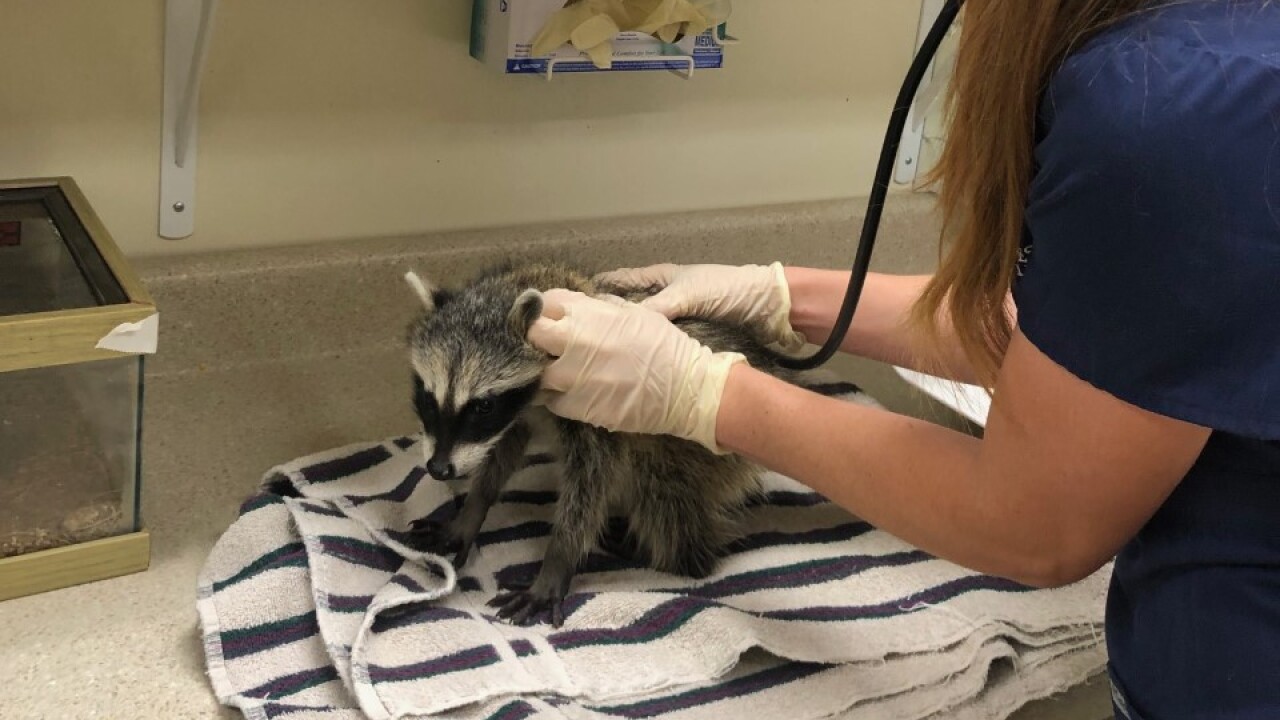 SCOTTSDALE, Ariz. — There has been an increase of baby animals at Southwest Wildlife Conservation Center in North Scottsdale. The nonprofit wildlife refuge rescues and rehabilitates wild animals that have been injured, displaced and orphaned.

Right now, the organization has about 200 babies, which is double the number of animals it had at this time last year.

Khymberly Lewus is a veterinarian technician at the center and says the uptick in babies is taking a toll.

"It's been a crazy year. It's been a lot of extra mouths to feed and long nights," she said. "We've been going through formula and other diet products like crazy. We've been even having to look into building more enclosures to accommodate the increased capacity. We want to make sure everyone is comfortable during the rehab process."

She says they've received baby coyotes, bobcats, raccoons and even bears and porcupines. Lewus says the increase could be due to new real estate developments, warm temperatures and nearby fires.

Throughout the year, the nonprofit rescues and rehabilitates dozens of wild animals, most of which are orphaned. The goal is to release them back into the wild.

"Typically it's injured parents where they get separated from their children. We'll see a lot hit by cars...people have out traps for them, even poisonings are common," said Lewus.

On average, it takes five to six months to go through the rehab process. Those animals that cannot be released back into the wild find a permanent home in the sanctuary.

"It can be heartbreaking sometimes to see the cases that could've been avoided from injury from people not knowing how to handle the case or from accidents from the public," said Lewus.

Lewus says many times, babies end up at the center because people think they've been orphaned. She says recommends people who encounter a wild animal to call the center before intervening.

The center operates thanks to donations and grants. You can donate to the Southwest Wildlife Conversation Center here.